Caldwell and Sharvin the latest to sing Maguire’s praises 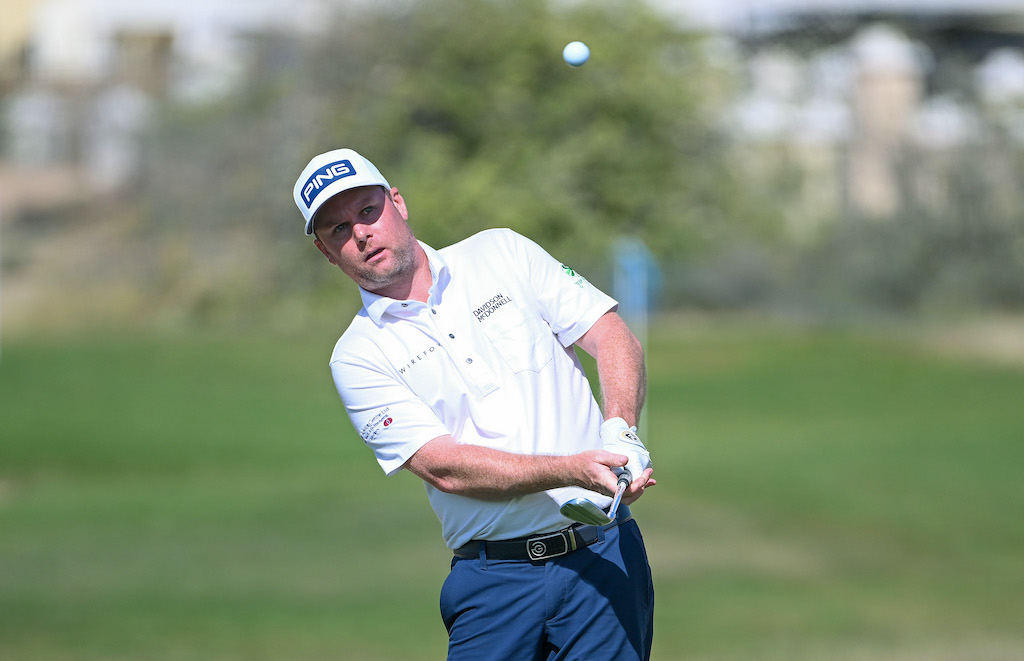 “I don’t know Leona all that well, but what a great win and it’s a win that has been coming for a long time,” said Caldwell ahead of this week’s Ras Al Khaimah Classic, the second of a €1.75m DP World Tour double-header on the Al Hamra course to the north of Dubai.

“She’s clearly full of confidence and she was the star of the show at last year’s Solheim Cup.

“Her win is a huge boost for golf in Ireland and even more so for women’s golf in Ireland. She has been so good for so long. She’s been the No. 1 ranked female amateur for so many years.

“I know her caddy Dermot (Byrne) well and I am just as pleased for him, and since he picked up her bag she’s gone from strength-to-strength and his presence on the bag has probably been a big factor in Leona’s success.

“Another great thing also, Leona’s won early in a new season and she’ll be looking for more wins and then start knocking on the door for a first major.

“Also, I know what it was like for me last year in winning out here for the first time as it kind of rubber-stamps all the hard work you put in, and once you’ve won the first tournament you do want more. It’s why we play this game.”

Sharvin is another who doesn’t know Maguire all that well but that did not also stop his delight.

“Leona has kind of led by example for so long and to get that first win on the LPGA Tour is great for her and great for Irish golf,” said Sharvin.

“I would say since she was about 13, 14, or 15 years of age, Leona and her sister Lisa have slowly been lifting the standard of women’s golf in Ireland. We’re now seeing other players kind of benefitting from this great position women’s golf in the country is in with Olivia Mehaffey showing heaps of promise.

“So, her win is definitely a great thing for women’s Irish golf and a great win for golf in general in Ireland.”

“I’ve known Dermot a long time and the win is great also for him,” said Sharvin.

“I think Leona said that herself that Dermot has helped her so much, and with Dermot winning huge tournaments caddying for Shane, that has to be a benefit for Leona when she gets herself in positions to win like last week.”