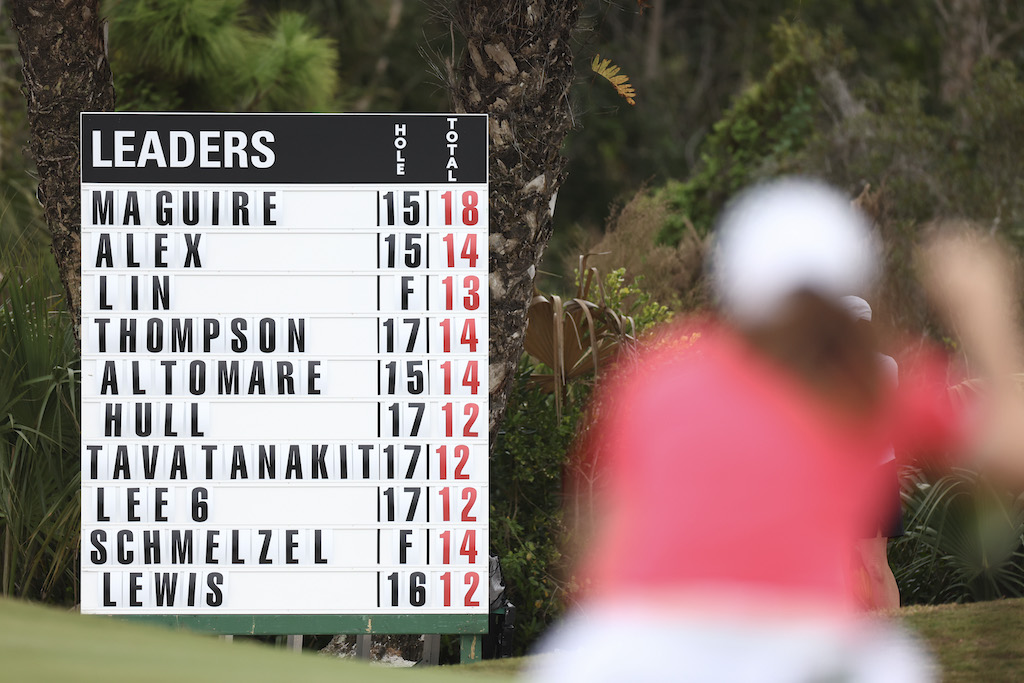 The President of Ireland, Micheal D. Higgins has led tributes to Leona Maguire after the Cavan star broke through to become the first Irishwoman to capture a title on the LPGA Tour.

Maguire claimed her maiden victory in style, equalling her LPGA Tour low 54-hole tally of 198 to complete a resounding three stroke win at the Drive On Championship in Florida.

The congratulatory messages were flowing in for @leona_maguire. 🏆 #DriveOn pic.twitter.com/gcp6ggeOy8

It saw the Solheim Cup standout collect a $225,000 first prize cheque while she could yet break into the top-20 on the women’s Rolex Series rankings; Maguire’s achievements the talk of social media since Saturday’s inspiring win.

“Congratulations to Leona Maguire for her historic achievement in becoming the first Irish LPGA  Tour winner at the Drive On Championship. Another fantastic Irish sportswoman leading the way internationally,” wrote the President.

“Well done Leona Maguire on another piece of history as the first Irish woman to win on the LPGA Tour,” he wrote. “A brilliant achievement. The whole of Ireland celebrates your victory today.”

Modest Golf! Owner Niall Horan, who signed Maguire to her first professional contract in 2018, exclaimed: “Yesssssssss!!! First Irish woman to win on the LPGA Tour. Couldn’t be prouder of you Leona. Incredible performance!”

Three-time Major winner, Padraig Harrington knew the hard work behind the victory, while he reserved a special mention for the man on the bag who’s made such a difference to Maguire’s gam.

“Delighted for Leona Maguire,” Harrington wrote. “Nobody deserves it more. Years of hard work and pressure have gone into this win. Leona is trailblazing a way for all Irish golf. Delighted for Dermot Byrne on the bag too.”

Maguire’s peers on the Tour had no doubt that her breakthrough win was never a matter of if, but when. Former AIG Women’s Open champ, Sophia Popov has known for over a decade that Maguire’s name was one to fear:

“14 years ago I played against Leona Maguire for the first time at the French lady juniors – she made me mark my ball from 120 yards out,” Popov wrote.

“I was deathly afraid of you back then my friend! Just a matter of time until you were going to hold up some LPGA hardware. So proud.”

LET star Meghan MacLaren wrote: “Anyone who knows this girl knows how inevitable this has been. The world has somehow been sleeping on her… but this is only the start.”

Having spent 135 weeks on the top of the women’s world golf rankings during a reign of dominance at Duke University, it was no surprise to see Maguire’s former college expressing their pride in her achievements.

Leona’s sister, Lisa, who’s been there since the very beginning and often set the bar for Leona to reach, couldn’t be prouder for her champion twin while predicting this win will be the first of many:

“She has done it,” wrote Lisa, who also works for Maguire’s management team at Modest! Golf.

“Can’t even begin to describe how proud we all are of Leona. Her hard work and perseverance are truly second to none! An inspiration to us all! #firstofmany #TeamMaguire”