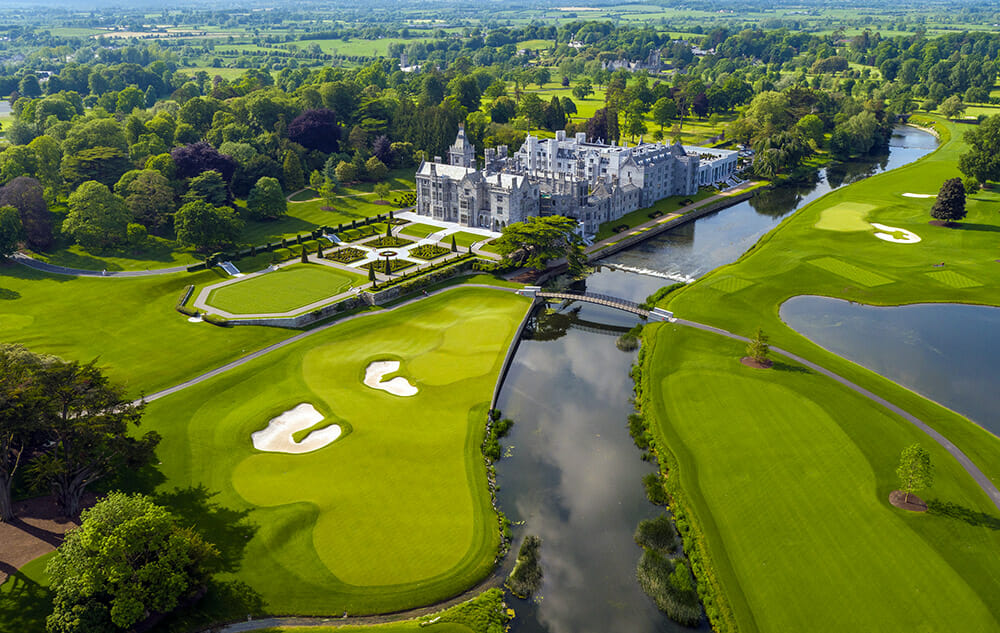 The Irish Government has pledged over €30 million in financial support to the international golf events being staged in Ireland in the lead up to the Ryder Cup at Adare Manor in 2027.

In figures recently presented to the Committee of Public Accounts, the staggered payments towards the biennial contest between Europe and the United States began with a €3.2 million payment in 2020 in relation to the hosting fee at the Limerick venue.

By 2027, the Government will have invested a total of €22.5 million in the Ryder Cup, a tournament sure to capture the world’s attention  and shine a light on JP McManus’ stunning resort that reopened in 2017 following a remarkable renovation.

Further commitment will be extended to the Irish Open, the Irish Challenge and the Irish Senior Open on the Staysure Tour totalling €8.5 million by 2027.

This year’s grant will be €1.2 million with the focus of the investment set to be around significant marketing campaigns for the events in question, budgeted for collaboration with the DP World, Challenge and Legends Tours.

The Irish Open is yet to confirm a title sponsor but is set to return to Mount Juliet Estate from June 30 – July 3 with an increased prize fund of $6million and the likely admittance of a full attendance for the first time since Lahinch in 2019.

The Irish Challenge forms part of a record-breaking Challenge Tour schedule with prize funds surpassing $8million for the first time this year. The tournament takes place from July 28-31 at a venue yet to be decided and with a prize pot of €250,000.

The Irish Legends tournament will again be presented by Paul McGinley and teeing off at Rosapenna Hotel & Golf Resort in Donegal from August 19 – 21.

The grants are dependent on the events taking place.

With the JP McManus Pro-Am also on the horizon this year on July 4th and 5th at Adare, Ireland sits front and centre on the golfing map in the coming years, and it’s great to see the Government putting extensive supports behind what promises to be a landmark decade for golf in Ireland.