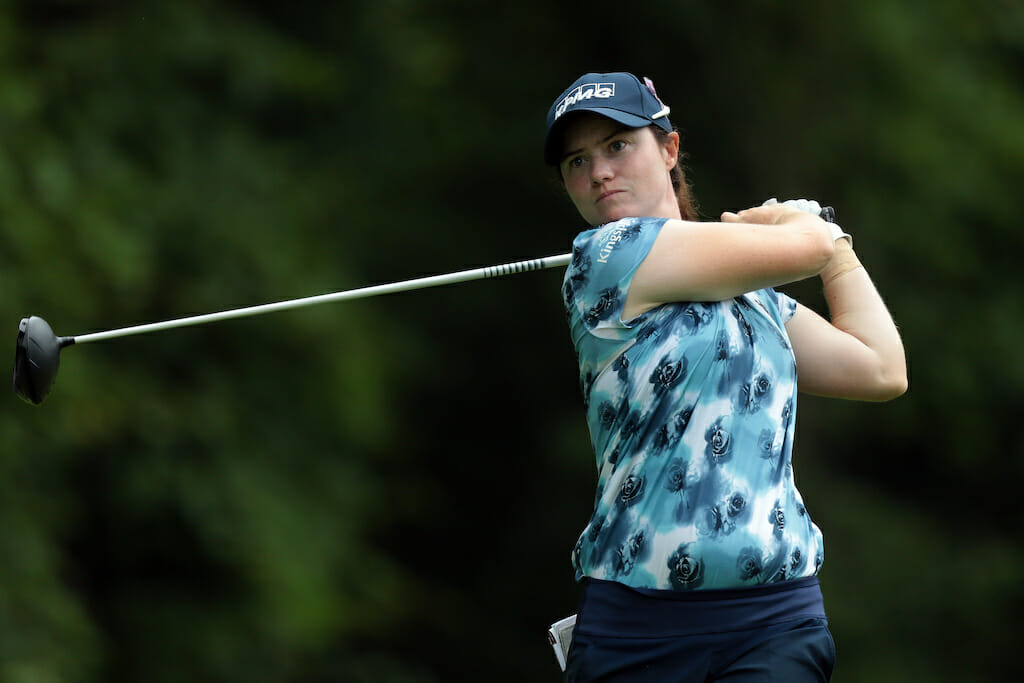 Leona Maguire and Stephanie Meadow showed understandable signs of rust on their seasonal reappearance as both players returned over par rounds on day one at the Gainbridge LPGA at Boca Rio.

With a steady breeze keeping players honest in Florida, Cavan ace Maguire ground out a one-over 73 with two bogeys on her card on the fifth and eighth holes before her only birdie of the day on the penultimate hole, the par-3 17th.

Maguire managed to hit just 50% of her fairways and 11 of 18 greens in reg, needing 30 putts in a bit of a struggle first time out the gate on Tour this season.

“This is sort of a mini-start given the break and how early we’re starting the season,” Maguire said ahead of a return to familiar territory this week in Boca Rio.

“There will be a little bit of rust there I would imagine but at the same time, it’s nice to go back to a venue that I know. We played two years ago in Boca Rio. That was my first event of my first Rookie year before the whole world shut down. So it’s nice to be going back and nice to see where my game is at compared to where it was two years ago at the same venue.”

At one-over par, Maguire finds herself one shot outside the projected cut-mark and already 10 shots back of former world number one Lydia Ko who posted nine birdies in a bogey-free 63 to set the pace by two shots from Danielle Kang.

“I hit a string of birdies on my front nine,” said Ko, who needed just 26 putts. “I tee’d off the back, so it was definitely a solid start. Overall I didn’t get into too much trouble, so I was kind of putting myself in play.

“When I had an opportunity for birdie, for the most part I was able to hole it, which is nice. I didn’t have a great time on the putting green last week, so to kind of see putts going in, I think it was definitely like a good imagery, and I tried to feed off that for the rest of the round.”

Kang, who went seven deep with eight birdies and one dropped shot in a superb 65, is looking to back-up last week’s winning performance in the Champions Tournament at Lake Nona, although she’s already put last week’s success in the rear-view mirror.

“I don’t really try and focus on momentum and whether you have to create it or you have to ride it or it’s not there or there,” Kang said.

“Every golf shot is difficult. Golf is hard. So my whole thing is to be mentally present and constantly work on the things that I need to work on without being so focused on the result, while knowing what I need to do and want to do, but being able to prioritise what my values are right now I think is the most important.”

Meanwhile, Jordanstown pro Meadow has it all to do to make the weekend cut after signing for a three-over 75.

Meadow carded a bogey and a double with no birdies on the day having found 11 of 14 fairways, 12 of 18 greens while also needing a lofty 33 putts, leaving her outside the top-100 at plus-three.