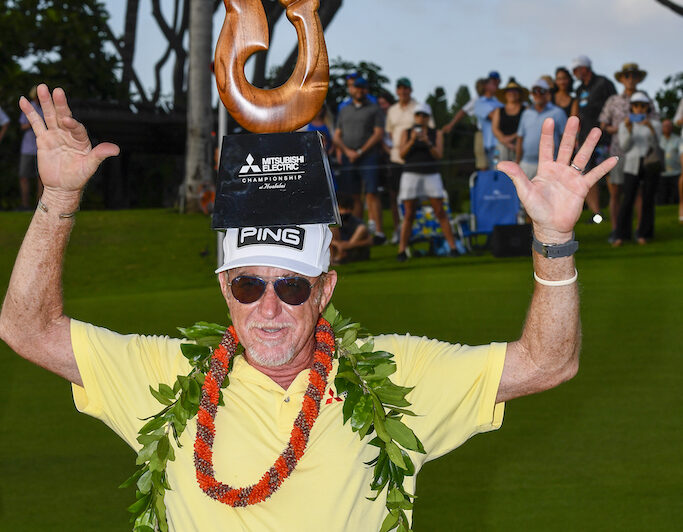 Darren Clarke put in a solid defence of his Hualalai title as Miguel Angel Jimenez collected his third Mitsubishi Electric Championship with a playoff victory over Steven Alker in Hawaii.

Clarke carded five birdies and two bogeys in his three-under 69 to tie 14th at nine-under par in his first outing of the year. In the end that tally was eight shot back of the playoff after Jimenez and Alker each carded 66s to prove inseparable in regulation play at 17-under.

It would take two extra holes to finally divide the pair with the Spaniard’s par at the second playoff hole enough to complete his hat-tick of Hualalai titles and kick-started his season in fine style.

“It’s a nice way to start a season, Jimenez agreed. “It’s nice to be here winning again in Hualalai. It’s my third time, the last time in a playoff two years ago and now again. It’s nice to start the season with a victory.

Having fired seven birdies during his final round effort, it’s no wonder the sweet swinging Jimenez now heads to the Main Tour where the 58-year old continues to be competitive.

“I go from here, I go to Dubai, I play next week at the Dubai Desert Classic, two weeks in Dubai, and then we go back to Naples,” Jimenez confirmed of his schedule.

Vijay Singh finished one shot outside the playoff at 16-under with Ernie Els battling to a final round 70 to tie 6th at 14-under.