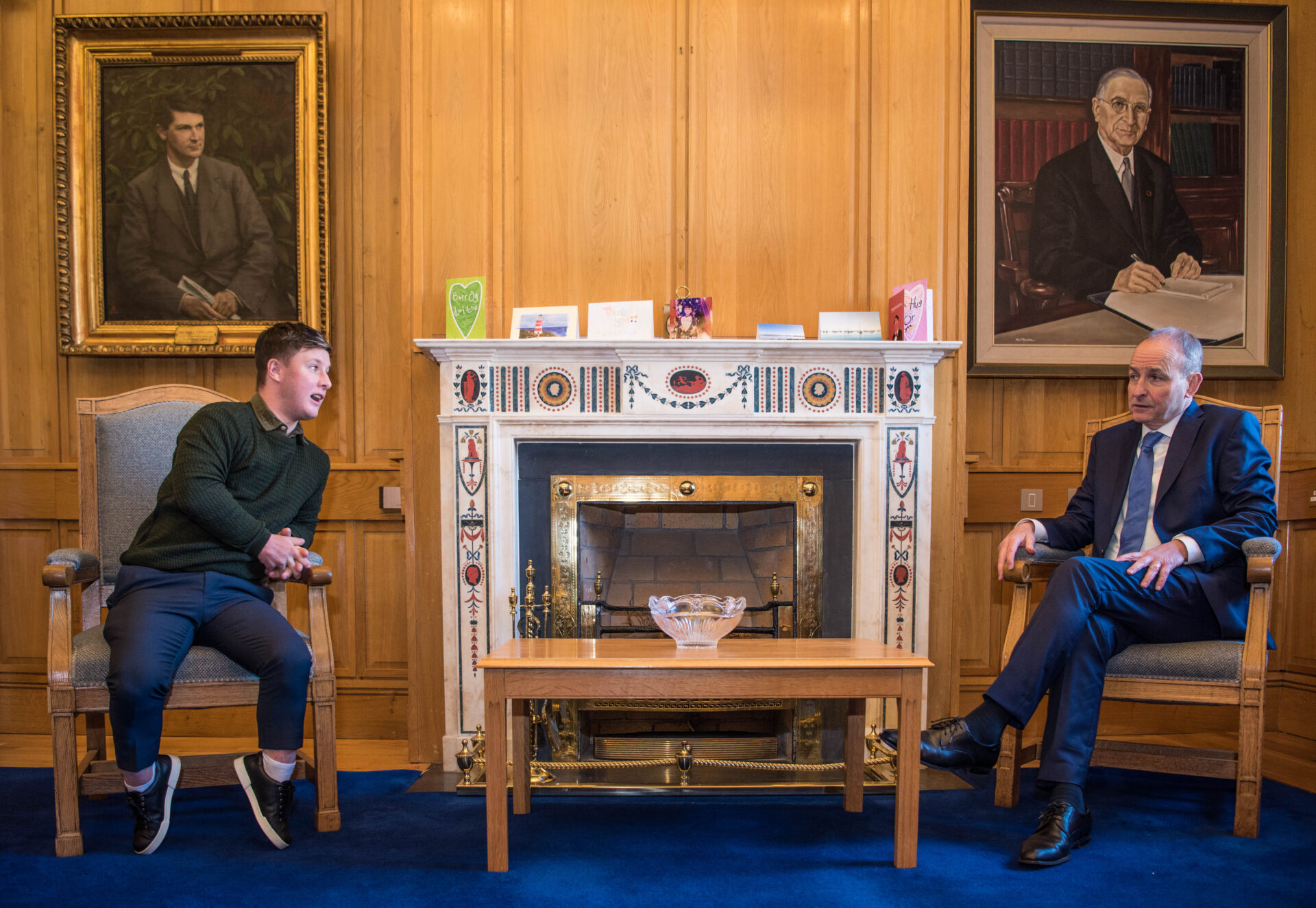 It’s no secret that Brendan Lawlor has been bursting through barriers all in the name of putting Disability Golf on the map in recent years.

From becoming the first player with a disability to compete on the European Tour, to teeing up this month at the inaugural ISPS Handa All Abilities Champions Playoff in Hawaii alongside the stars of the PGA Tour, Lawlor has been making headlines for all the right reasons during his short professional career, and now he’s got the attention of the highest office in Ireland.

Pleasure to meet you @BrendanLawlor97, to hear about your work promoting disability golf – and the campaign for Paralympic recognition.

A brilliant achievement to reach World No. 1. You’re a great ambassador for the game and Irish sport. Wishing you even more success in 2022. pic.twitter.com/z6m7yEea69

The Louth man and Modest! Golf client was invited to meet Taoiseach Micheál Martin at Leinster House on Monday where the pair discussed all things Disability Golf, not least one avenue that remains stubborn to Lawlor’s advances thus far, that of Paralympic inclusion. Clearly inspired by Lawlor’s work and passion for inclusivity in sport, perhaps with the Taoiseach’s help, Lawlor’s dream will soon become a reality with the wheels now firmly in motion towards golf’s inclusion in the Paralympics in Los Angeles in 2028.

“Brendan is a role model for so many people, constantly demonstrating what’s possible,” said the Taoiseach.

“I believe sport has to be fully inclusive and therefore I support this endeavour in terms of Disability Golf being part of the Paralympics in 2028 – I will support that enthusiastically.

“I know the Minister for Sport, Jack Chambers has keen plans to broaden diversity in sport, inclusion in sport, and to underpin that with support. I think it’s vital. “I think what you’re doing, Brendan, is ground-breaking, it really is ground-breaking. Very often organisations can be conservative in their responses initially because they’re afraid that they don’t know enough about something to be confident.

“What Brendan’s doing is giving people the confidence to go with him, and that’s the big change that will happen, and increasingly it’s happening in other sports. I think it’s really fantastic.”

One thing’s certain, Lawlor, who won three times on Tour last year in Ireland, Wales and at the EDGA Dubai Finale where he shared the winning stage with Collin Morikawa, won’t stop until golf’s introduced to the Paralympics, but he’s more hopeful than ever for its inclusion with the Government of Ireland on his side.

“It was a true honour to meet the Taoiseach in Leinster House,” Lawlor said. “It’s crazy to think how far we’ve come in such a short space of time. To be knocking on the kind of doors we are, and for those doors to be opening, is really encouraging, especially at State level here today.”

“It’s an absolute privilege to represent Ireland wherever I’m playing, and to fight for inclusivity for all disability athletes, regardless of what sport they play. Putting our case to the Taoiseach feels like a massive step towards reaching our ultimate goal of Paralympic recognition. To play for Ireland in Los Angeles in 2028 really would be a dream come true.” 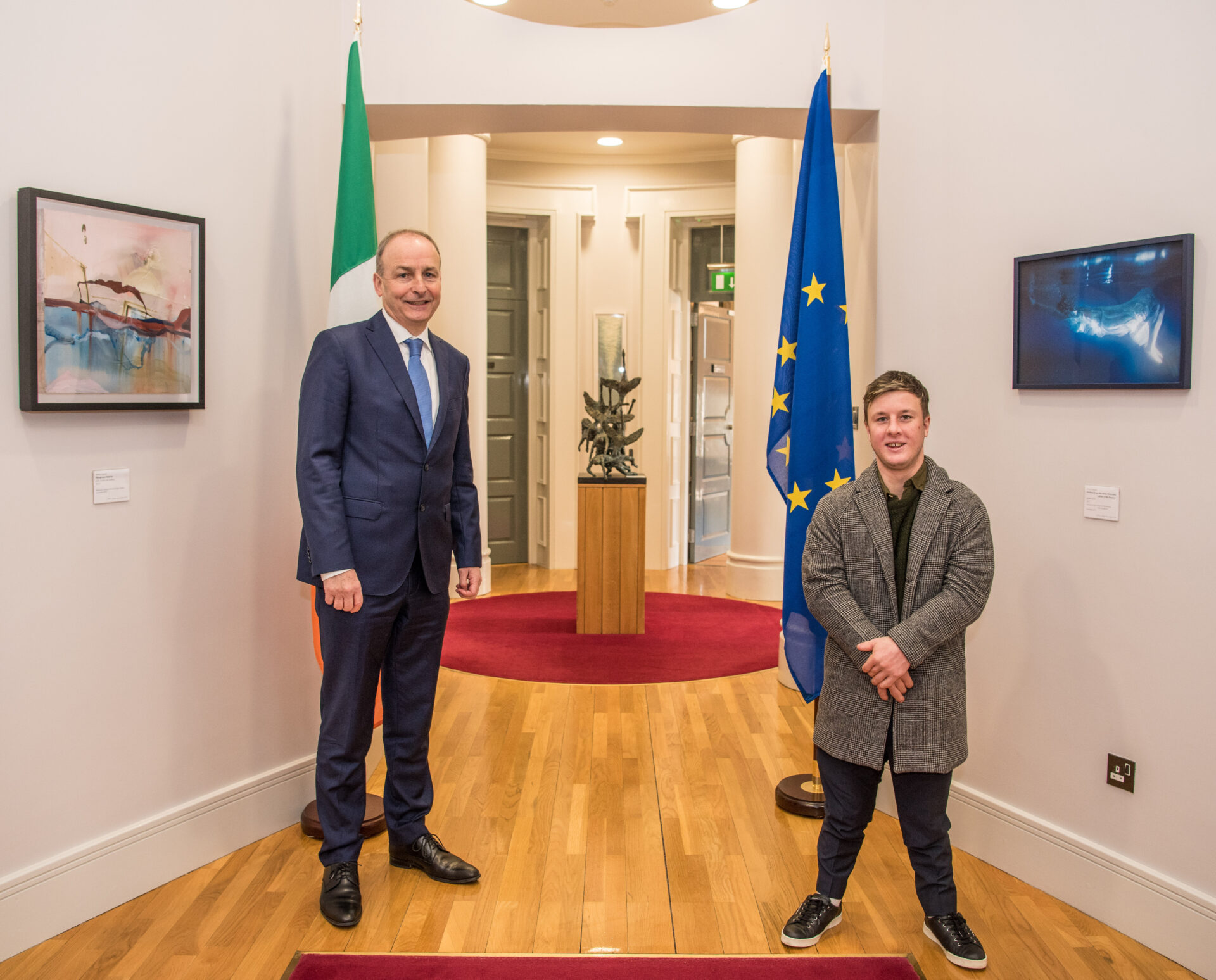 “What Brendan has achieved on a global scale is truly remarkable and we are extremely proud to be associated with him,” he said. “Brendan has broken down barriers in his fight for inclusivity in golf and disability sports in general. “To meet with An Taoiseach and get national recognition for his achievements is just reward for his remarkable season. The team at Kinetica are fully behind Brendan’s bid to have golf included in the Paralympics in the near future.”

Niall Horan of Modest! Golf Management, added: “Since the first time I met Brendan, I have loved every moment we have worked together. “Brendan has helped to bring disability golf to such a wide audience and shows that in life, whatever challenges you may face you can overcome them. He really is an inspiration to us all at Modest! Golf and we are so proud to represent him.”