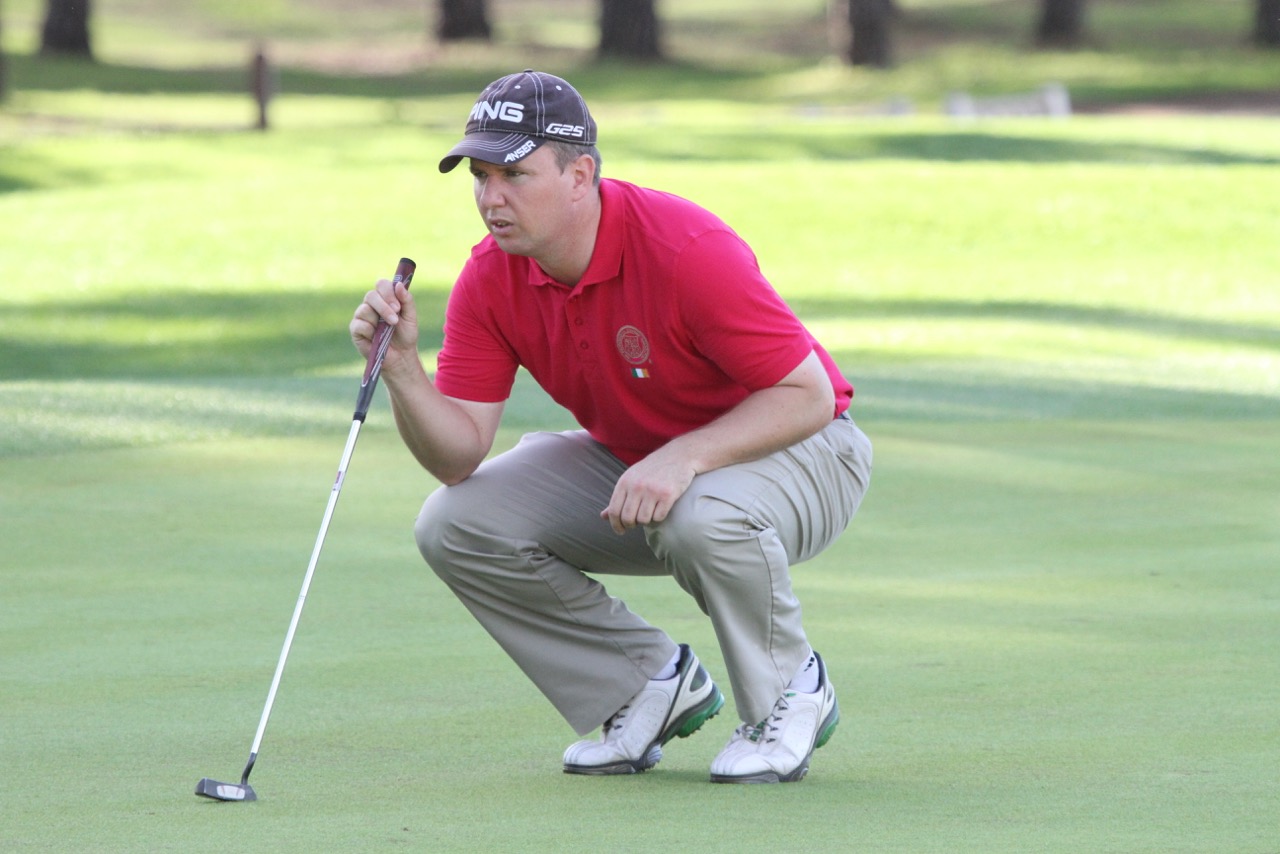 Around 40 players waited around for two hours until the frost thawed out, giving way to a beautiful day enjoyed by 88 players in total after some ingenuity with tee sheet planning.

DP World Tour regular Niall Kearney was amongst those taking part but managed just five bogeys and two birdies in a three-over par effort. 53 Amateurs played with16 plus handicappers, the lowest in the field being Royal Dublin’s Hugh Foley playing off +6.

However it was consummate pro McDermott who outshone his rivals with a brilliant two-under par 69 to take top honours by a shot from the in-form Leslie Walker of Dundalk.

Out in two-over par with bogeys on the 1st, 4th and 7th and one birdie on the par-5 6th, Michael got to work on the back nine, enjoying a blitz of birdies on the 11th, 12th, 13th and 14th to get himself to two-under par and that’s where he stayed for a worthy win.

Meanwhile, Broe, playing off 4.5 (6 on the day), went out in five-over par having got to the 6th at one-over, Christopher then made a triple bogey on the 7th and followed that up with a bogey on the 8th.

Undeterred, he came home very strong with five pars to start the back nine and then fired back-to-back birdies on the 15th and 16th but would drop a shot on the 18th hole to finish four-over par after a brilliant one-under inward half for a winning nett 69.

Next week is fully booked and the time sheets are open for the month of February.