DeChambeau looking to stack St. Andrews cards in his favour 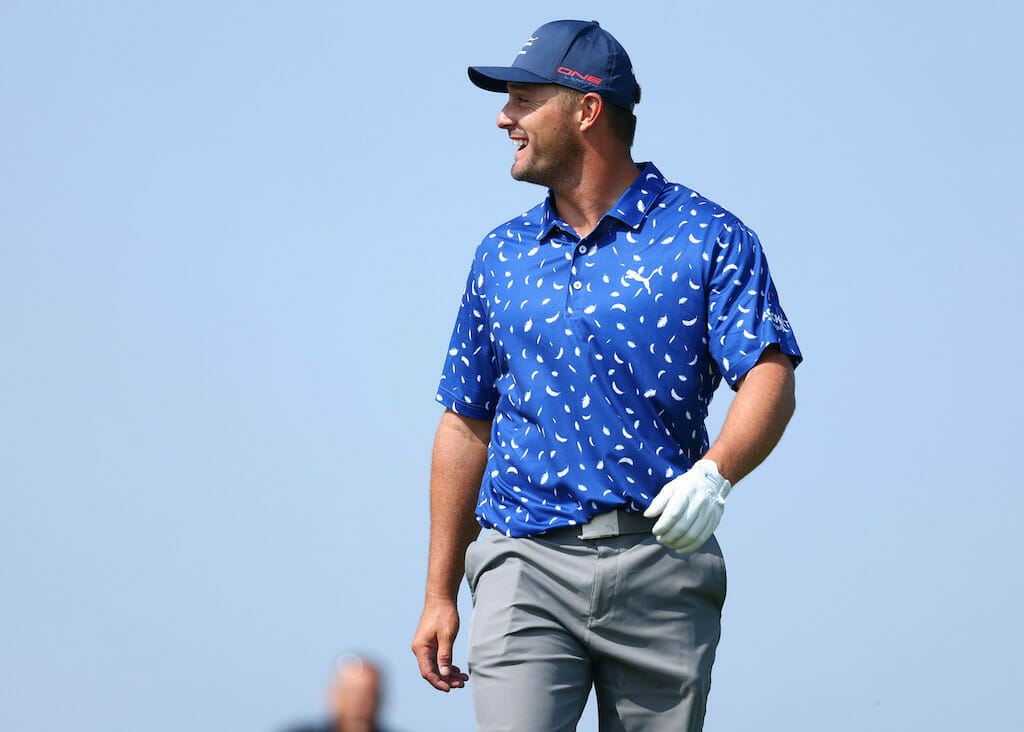 Big-hitting Bryson DeChambeau said he is looking to ‘stack the cards’ in his favour heading to this year’s 150th anniversary Open Championship at St. Andrews.

The 28-year-old has never played the host Old Course while this year’s Open will be a fifth showing in golf’s oldest major.

And in a Zoom call promoting next month’s Saudi International he was asked his thoughts on heading to Scotland for The Open.

“What’s funny is I’ve never played St. Andrews, even when I had no length or not as much length to now. People are saying that I’m going to be able to drive a lot of greens,” he said.

“I think that’s what is so beautiful about St. Andrews and the test that it’s going to bring. From what I’ve heard, it’s that you still, no matter what, have to have a full, well-rounded game. Especially when the conditions come out, and it gets wet, windy, and soft. It’s something that, no matter what, as much of an advantage as I do have, doesn’t mean you’re always going to win.

“You can stack the cards in your favour, the house 70-30. 30 percent of the time it’s not going to work out. For a good amount of time, it may be hitting in that 30 percent range each week. That’s just the way it is. But I’m going to continue to stack the cards in my favour, and I’m looking forward to test myself at a super historic golf course”.

DeChambeau made his Open Championship debut in 2017 at Royal Troon where he missed the halfway cut.  His best result was a T33rd finish last year at Sandwich.