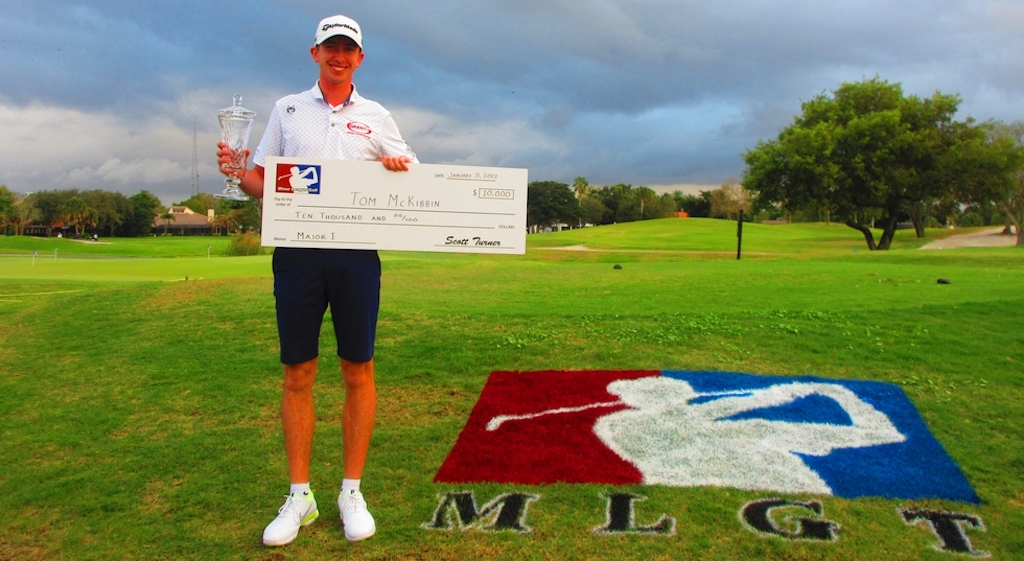 McKibbin raced out of the blocks with five birdies in his first six holes before adding three more on the back-nine in a blemish-free effort reaping handsome reward with the 19-year old collecting a cheque worth $10,000 for his first pro win.

After opening with a 66, McKibbin’s 12-under par 36-hole total is just another example of why the Northern Irishman, who only turned pro last year, is being tipped for special things in the game of golf.

McKibbin will go into the season with confidence brimming and some guaranteed starts on the Challenge Tour as he enters his first full year as a professional.

Having turned to the paid circuit last April after being overlooked for the GB&I Walker Cup team, the 18-year old made his debut at the European Tour’s Tenerife Open. McKibbin split his time between the Main tour and Challenge Tour with a best of tied-16th result at the Le Vaudreuil Golf Challenge.

He played seven Challenge Tour events and made five cuts, banking €10,786 with a stroke average of 71.38. McKibbin would eventually finish 108th on the Road to Mallorca off limited opportunities, making enough of an impression to earn conditional status for 2022.

He remains one of Ireland’s best fairway prospects and some guaranteed game-time on the Challenge Tour this season, a circuit financially boosted by DP World’s involvement next year, should serve as the ideal apprenticeship for the Belfast native.

McKibbin turned pro with a glittering amateur CV that included victories at the prestigious Junior Invitational title at Sage Valley Golf Club, a Junior Honda Classic, a Doral Publix Jr Classic – a title which a certain Rory McIlroy also captured– and a World Junior Championship at Pinehurst in 2015 when McKibbin was just 12.

Great playing Tom, and best of luck for the rest of the year.