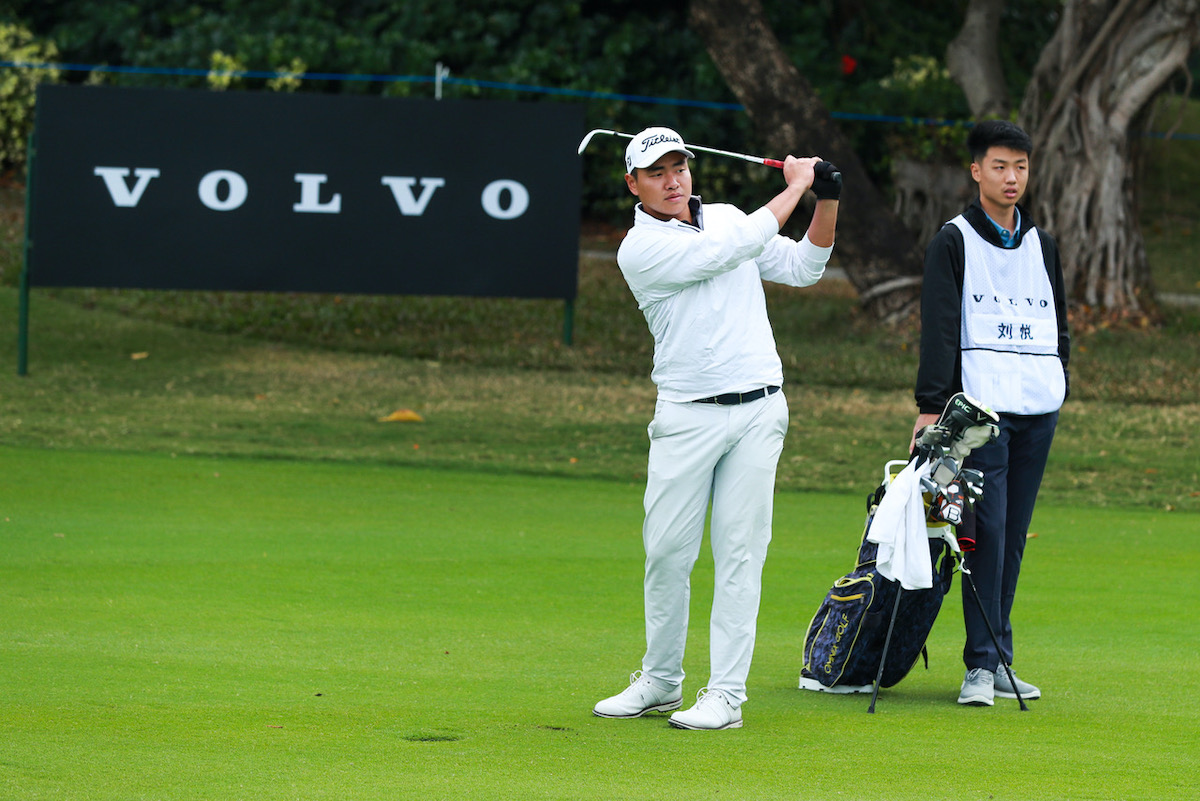 Home favourite Yue Liu used all his local knowledge to produce a second round 69 (-3) and lead by two shots at the halfway stage of the 27th Volvo China Open in Shenzhen.

Playing on his home course, the 21-year-old carded six birdies to move to five-under-par at the Genzon Golf Club and goes into the weekend with a two-shot cushion over Enqi Liang and Shiyu Fan both tied for second on three-under.

Tournament leader Yue Liu, who turned professional just two years, was an early starter and set the pace over a course he knows very well having grown up learning the game at the Genzon Golf Academy.

Born in Dongguan in the host province of Guangdong, Liu was solid off the tee and rolled in some key putts in what is the final event of the year on the China Tour. He is now well in the hunt for the biggest win of his career after enjoying success earlier this season with a top three finish at the Lanhai Classic.

The best round of day two came from 2019 Volvo China Open Amateur Qualifying Champion Enqi Liang who carded a five-under par 67 to move into a share of second place on three-under alongside compatriot Shiyu Fan, whose round of 70 (-2) included a remarkable 17 pars and one eagle.

“I’m 100 per cent happy with my performance, especially no dropped shots in that wind,” said 28-year-old Fan, who owned a golf simulator club before turning professional in 2016. “To be fair though, the wind certainly helped me with the eagle on nine! As this is the last event of the year, I’ll be doing my best to finish as high up the ranking as possible.”

Overnight co-leaders Yanwei Liu and 17-year-old amateur Wenyi Ding could not build on their early advantage with scores of 74 (+2) and 73 (+1) respectively. Despite the blustery conditions, Ding is just three shots off the lead in joint fourth on two-under, while Yanwei Liu is a shot further back in a four-way tie on one-under.

Jason Hak Shun-yat, who currently sits second on the China Tour Prize Money Ranking List, added a 69 to his opening day’s 73 to move alongside Ding on two-under with 36 holes to play. Ranking leader Zhang Huilin shot a level par 72 to stay on three-over par and tied in 20th position. The player who ends the season at the top of the 2020-2021 Ranking List will automatically receive full playing rights for the 2022 DP World Tour.

It was a disappointing day for two-time DP World Tour winner Haotong Li whose second round 75 (+3) included two double bogeys to leave him in a tie for 11th place, six shots off the pace on one-over par.

With the cut falling at nine-over par, 61 players will compete over the final two rounds to determine China’s National Open Championship. The third round of the Volvo China Open will get underway at 8.30am on Saturday (December 18).