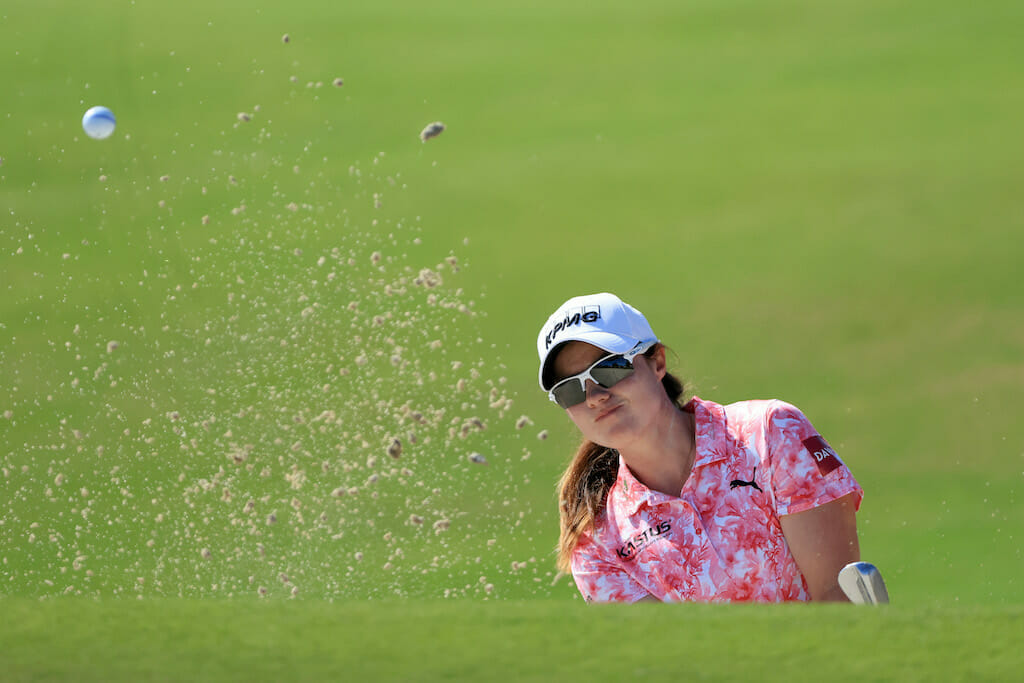 Leona Maguire has set her sights on powering into victory contention at next year’s Majors following her best season on the LPGA Tour to date.

The world number 43 enjoyed five top-10s including two runner-up results in 2021 as she chased an elusive first victory on the top tier of women’s golf.

At the Evian Championship, Maguire produced one of her most remarkable performances yet, equalling the record lowest round at a Major when she flew home in 10-under 61 to tie-sixth, her best Major finish yet.

And having qualified for the Tour Championship and finished 17th on the season-long Race to CME Globe, Maguire is fully intent on kicking on next year, not least at the Majors where an eye-catching date at the US Women’s Open, set to be held at Pine Needles Lodge just an hour away from her old stomping ground at Duke University, represents a particular tournament of intrigue for the Cavan star.

“I’ve missed out on the US Open by one spot the last two years and I wanted to make sure I qualified for Pine Needles,” said the former World Amateur Number One who has qualified for all five Majors next season via her CME ranking.

“It’s somewhere we went in college. Coach used to bring us during spring break. We’d get to play Pinehurst No. 2 and Pine Needles. I mean, North Carolina has a special place in my heart, so it will be nice to go back and play there. It’s been two years since I played a Symetra event in ’19 so really looking forward to that one. I think it will be a fantastic venue, as will all the venues.

“I think the Major venues are really exciting with the ANA finishing off at Palm Springs, going to Muirfield for the first time. There’s a lot of really good venues on the schedule next year so I’m looking forward to all of them.

And so she should be. Maguire reached a level of consistency in 2021 that was the hallmark of her game in the amateur ranks having banked $885,141 from 20 starts. However, it was her star Solheim Cup showing where she raked in a record 4.5 points from a possible 5 as a rookie that rubber-stamped her credentials as a worldwide star.

Although that team contest is a much different proposition to individual tournament play, Maguire hopes to harness those positive memories should similar big moments arise on the fairways next season.

“It’s a very different week so it’s very hard to compare to a normal event, but at the same time, I suppose you try and take confidence in it, knowing that at those big moments when I needed to hole those putts, I pulled those shots off that I did,” she said. “So that’s something I can take with me into other events.”