Morikawa one Hero round from becoming fourth youngest World No.1 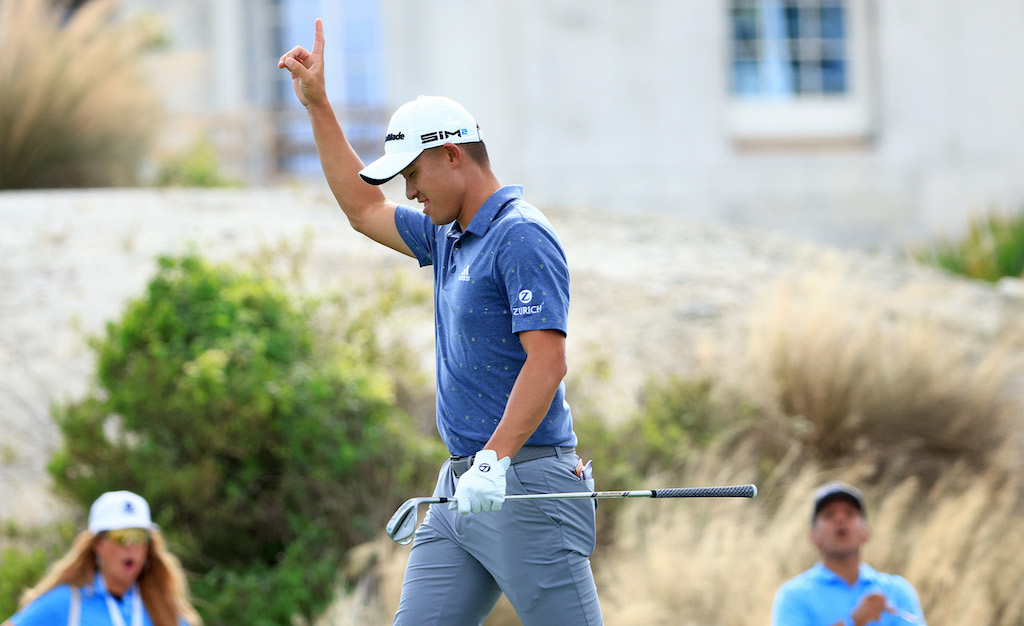 By Fatiha Betscher, The Bahamas.

Collin Morikawa is just one round shy of becoming only the fourth player under the age of 25 to become World No. 1.

The reigning European No. 1 will take a commanding five shot lead at 18-under par into the final round of the Hero World Challenge at the Albany course here in the Bahamas.

Morikawa, 24, stood tall when all around collapsed first holing a monster eagle ‘3’ putt at the third and then adding six birdies in an eight-under par 64 to lead from compatriot Brooks Koepka (69) at 13-under.

“I’ve just got to go out tomorrow and, look, this course, if there’s not a lot of wind, a lot of guys out here can make a lot of birdies early on,” said Morikawa

“So, I have to go out and just play the way I have been and be ready by hole one and play all the way through. Nothing’s going to be a gimme tomorrow.”

If Morikawa does win for a fourth time this year and in only his 61st world ranking event, he would join Tiger Woods (21 events), Jordan Spieth (77 starts) and Rory McIlroy (118 events) to reach No. 1 by turning 25 in February next year.

Morikawa revealed it was an overnight call to his coach that saw him move from a share of second at the start of the day to five clear with a day to play in the $5.3m Tiger Woods hosted event.

“Yeah, you know, like I called my coach this morning, Rick Sessinghaus, and I said yesterday that the driver wasn’t working,” he said.

“I figured out a little thing on the range and still wasn’t working great, but found something on 16, just something that I can use for tomorrow, and everything else feels pretty good from there.

“My confidence level feels good. I’m just piggybacking off a couple weeks ago in Dubai.  I’m dissecting my game in a really good way of just figuring out what I need to do consistently to be a better player and to be in contention a lot more.

“Chipping, putting has put me in a spot so far through three rounds that I feel great and I’ve just got to keep doing that. I really need to figure out how to play hole 18 though a little bit better.”

Bryson DeChambeau, who led by a shot at 11-under heading to day three, posted a bogey-littered 73 to drop back to a share of ninth place at 10-under par.

Whereas Rory McIlroy dropped 10 places to 18th place in the 20-player field and will start the final round of his last event of 2021 at four-under par also following a bogey riddled day three 75.

Mcllroy began with an opening hole bogey and then after nine straight pars, he took a quadruple bogey ‘9’ at the par-5 11th before his only joy of his day being birdies at 13 and 15.