McIlroy shares lead in Bahamas: ‘This game is the ficklest of fickle’ 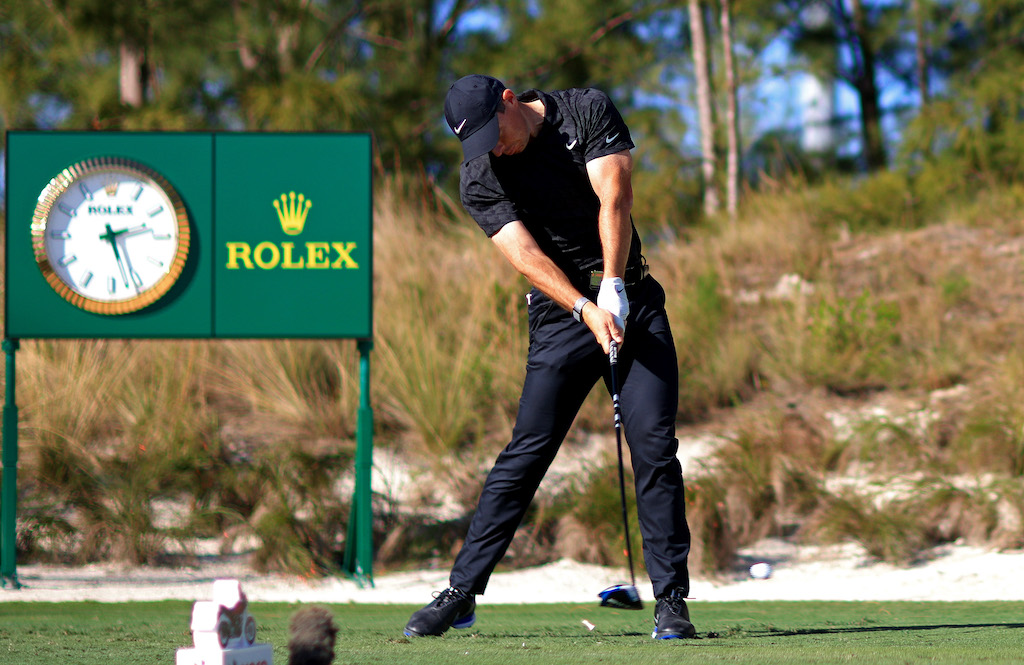 Rory McIlroy in the Bahamas (Photo by Mike Ehrmann/Getty Images)

By Fatiha Betscher in the Bahamas.

Rory McIlroy bounced back from his Dubai final round disappointment to jump straight back into contention with a share of the lead on the opening day of the Hero World Challenge in Albany, Bahamas.

McIlroy was reeling from losing a ball in the water in taking a ninth hole double-bogey ‘7’ but then superbly played the next six holes in five-under, capped by chip-in eagle ‘2’ at the short par-4 14th.

His effort was eight shots fewer than the last day 74 a fortnight ago when McIlroy let slip victory in the European Tour season-ending DP World Tour Championship.

“I was proud of myself for how I bounced back from that ninth hole mishap,” he said.

“I was trying to ride my luck a little bit and then on the 9th pulled my tee shot but got away with it and sort of kicked around that fairway bunker and had enough club to get there in two, so I was trying to pull a shot off and I didn’t and ended up making a double from it.

“So, happy with how I responded on the back nine after that. Played the back nine in 5 under par. Yeah, it was a nice little response to not quite a mental error. I mean, I committed to the shot, I just didn’t make a great swing.

“It was nice to play the back nine the way I did and put myself back in the tournament.

“It again just shows it is the ficklest of fickle, this game.”

European No. 1 Collin Morikawa, who partnered McIlroy, is just two back thanks to a four-under par 68 with the 24-year-old American needing to win this week to go to World No. 1.