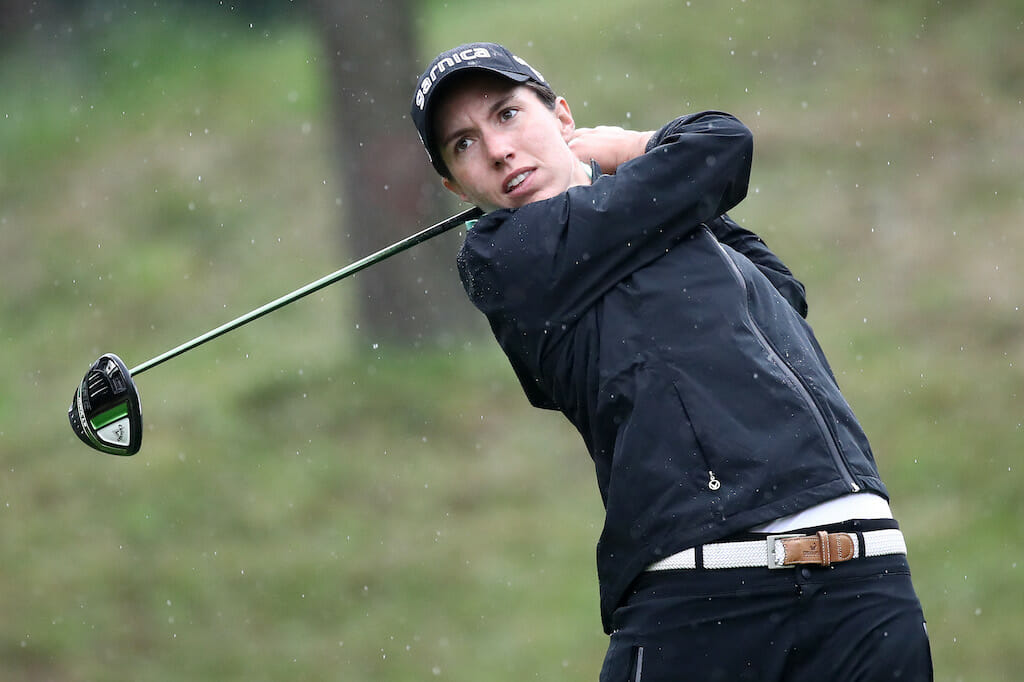 The Solheim Cup star produced a final round of 67 (-5) to give her a winning total of 15-under-par for the tournament and she joined Azahara Munoz in winning her national championship.

Ciganda, who held a three-shot lead coming into the final day, had an excellent front nine at Los Naranjos Golf Club with two birdies and an eagle to make the turn in 32 (-4).

The 31-year-old remained calm and collected on the back nine and finished with a flourish rolling in a birdie on the 18th to win her fifth LET title and first since the 2019 Estrella Damm Mediterranean Ladies Open.

“I’m very happy, it’s a tournament that I really wanted to win. I love Spain and to win your country’s tournament is something very special so I’m happy with the way I played,” said Ciganda.

“To shoot two bogey-free rounds round here is great golfing, it was quite tough in the back nine with the wind, so I was pleased with how I played all week.

“I was trying to go as low as I could, I wasn’t trying to focus on the others I was trying to do my own thing and make as many birdies as I could. I think I followed my strategy, and my caddie did a great job – I think he did really good – so I’m happy with no mistakes.”

After finishing in the top-10 in her last seven appearances in the tournament, it meant a lot for Ciganda to secure the victory in front of her home fans.

“It’s hard to explain, I get emotional because I love Spain and I love my family, so it’s just amazing to win this week,” she said.