JC Ritchie lands stunning ace but not a brand-new Jaguar 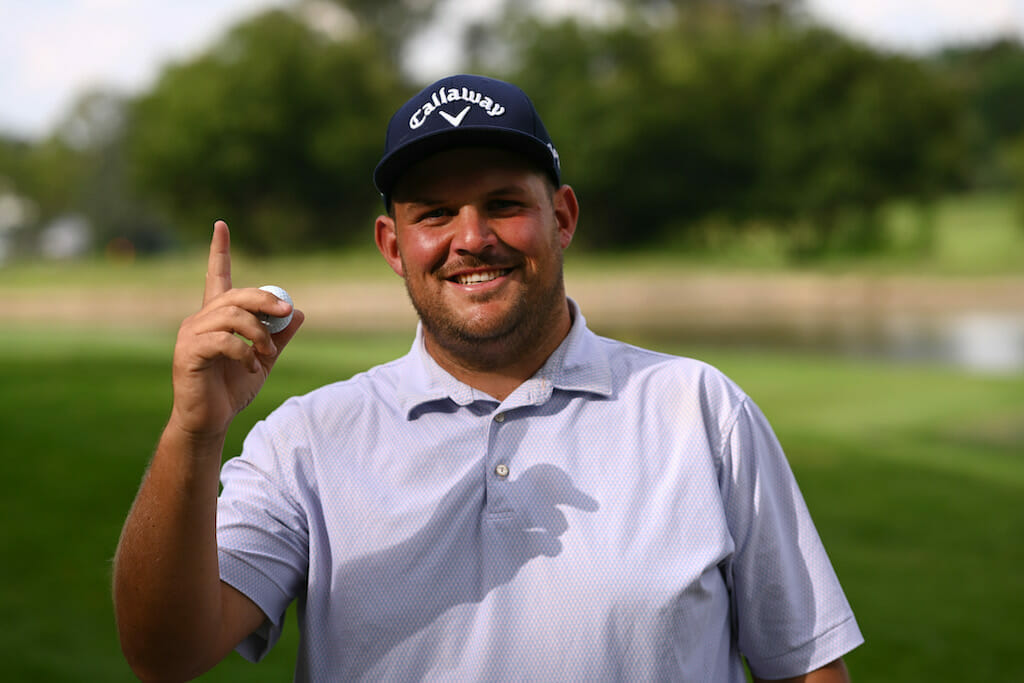 The smiles before the storm (Photo by Stuart Franklin/Getty Images)

South African JC Ritchie was all set to drive off into the sunset after landing a hole-in-one on day one of the Joburg Open only to soon learn that the gleaming Jaguar behind the 17th tee wasn’t up for grabs until the weekend.

Ritchie’s towering iron shot from 223-yards at Randpark’s Firethorn course looked set to turn his fortunes around and although the ace moved him back to level par for the tournament, the promised riches lying by the tee-box weren’t promised at all with news hitting the 27-year old hard on 18 that the F-Type in fact didn’t have his name on it.

Even the commentators were unaware that the keys to the Jaguar remained in safekeeping until Saturday.

Unsurprisingly, Ritchie would bogey the last despite sucking down a cigarette to help ease the pain and although he’ll no doubt be compensated in some way considering this is day one of the new and lucrative DP World Tour, the eight-time Sunshine Tour winner will have to stick to his own wheels for now.

Play in Joburg has since been suspended due to lightning.