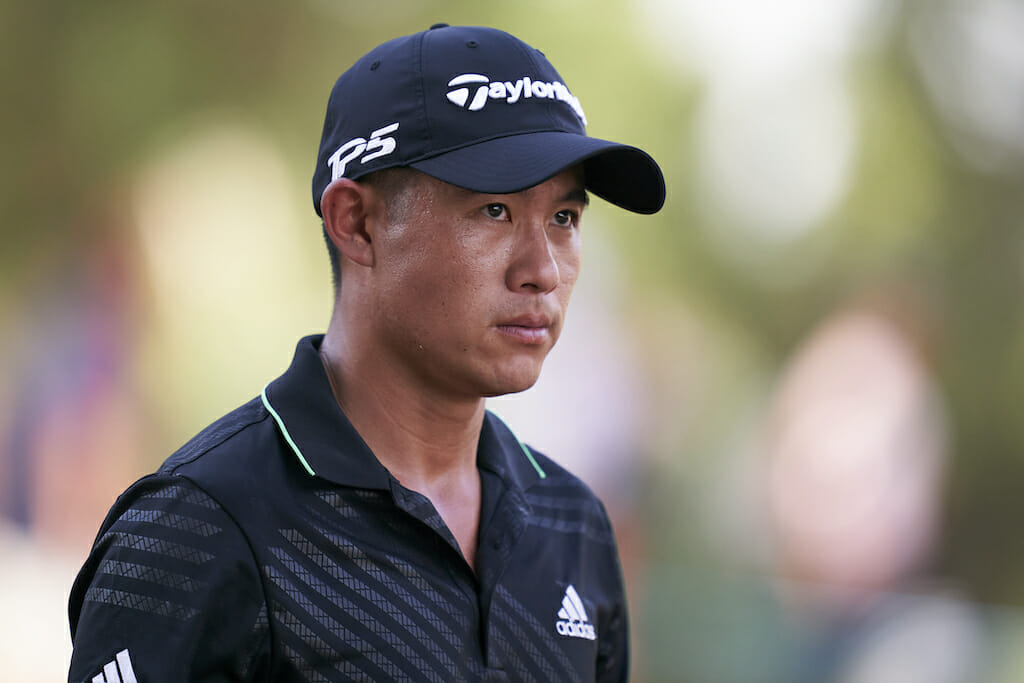 In an ominous warning to his rivals ahead of the 2022 campaign, Collin Morikawa believes he’s far from the finished article as he looks to raise the bar even higher on Tour next year.

Speaking after he became the first American to be crowned European No. 1 following his DP World Championship success, where he birdied five of his last seven holes en route to victory, the two-time Major winner insists he hasn’t stopped developing as he looks to add more trophies to his already impressive haul.

“Win more,” was Morikawa’s aim for 2022, though he has another specific target that he might just tick off before year end.

“I’m still not No 1 in the world, so I still have a lot to work on in my game. Obviously this week was good. I still thought I wasn’t playing amazing, but I made do. I was able to make some putts here and there. Hit some great chip shots, made some up-and-downs and some crucial par saves out here and that’s what you need.

“So I still think there’s a ton to work on. That’s just kind of the nature of how my mind works and how I work: I just want more. I know I’m going to enjoy this one a lot, especially since it’s at the end of the year, but there’s a lot more from me hopefully.”

The world number 2 only has Spain’s Jon Rahm to catch if he’s to reach the summit for the first time in his career. Victories at the PGA Championship, The Open, the WGC-Workday and now the European Tour’s finale in Dubai prove that Morikawa is the man for the big occasion. The 24-year old is being compared to Tiger Woods both in media circles and social circles for his ability to close out an event, so how fitting it would be should Morikawa reach top spot at the first time of asking at next week’s Hero World Challenge in the Bahamas, hosted by 15-time Major winner Woods himself.

“I am definitely aware of that,” Morikawa said of the possibility. “Hopefully we can get there, you know, even if it’s just for that one week. I’m sure we’re still going to have many chances hopefully come next year.

“And it’s been a goal. It has been a goal since before I could even remember and started talking about turning professional, and then want to go play golf is that you want to be the best in the world, right. And I’ve been very lucky. I’ve played very well. I’ve done some good things so far.

“But you know, it takes a lot to get to No. 1 in the world. You need to be a well-rounded golfer, a well-rounded person to get there, and there’s been a lot of great players that haven’t and that just shows how tough it is.

“So hopefully we can use this as momentum into the Bahamas in a couple weeks, get some well-needed rest in December, and then get started for the beginning of the year.”