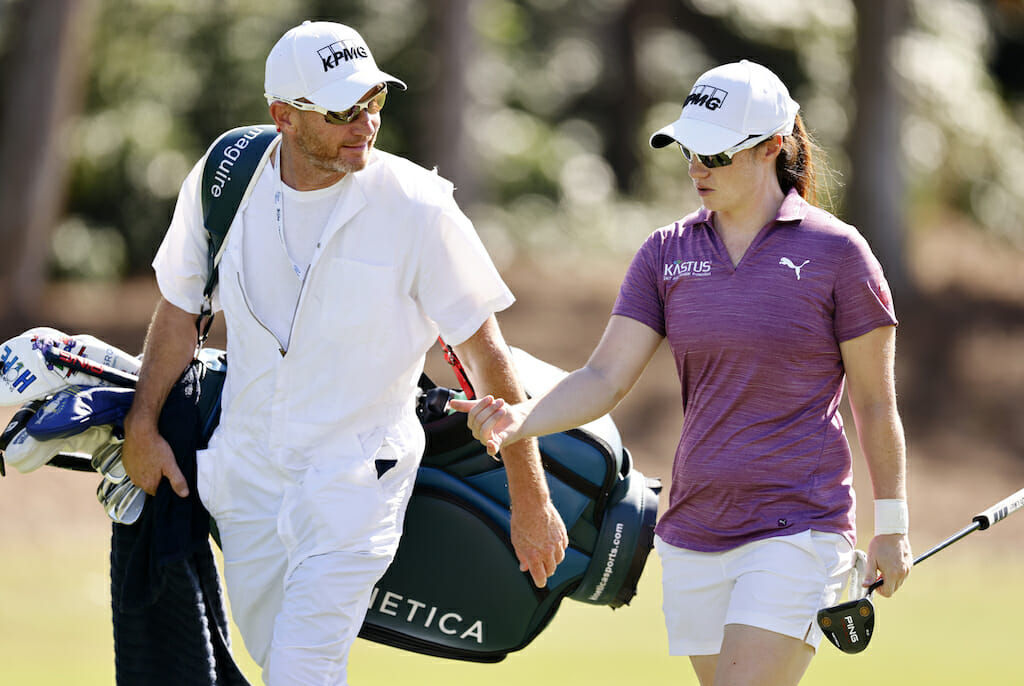 Eight shots behind runaway leader Celine Boutier, it will need to be a huge weekend from Leona Maguire if she is to come from behind and claim the CME Group Tour Championship title.

The Cavan star was only able to record a one-under 71 in her second round in Naples, Florida to move onto six-under for the week, but that has her trailing Boutier by a considerable margin at the halfway stage of the LPGA Tour’s season-ending event.

The Frenchwoman made it back-to-back 65s at Tiburón Golf Club to sit at 14-under after just two rounds, already four shots clear of Gaby Lopez, Minjee Lee and Mina Harigae.

Maguire is aiming to finish her rookie season on a high, and currently sits just inside the top-20 on the leaderboard, but she will be aiming higher than her rather pedestrian second round.

Her first five holes were rather up-and-down, birdies coming at the first and third around bogeys on the second and fifth, before she settled into a consistent run of eight pars in a row.

Her par streak was broken by a birdie on the par-five 14th, but four more pars to finish her round did more harm than good, and the 26-year-old will need a phenomenal weekend if she is to somehow claim the Race to CME Globe title.

Maguire’s Solheim Cup team-mate Boutier is unquestionably in the driving seat in that regard, the 28-year-old shooting seven birdies in her final 10 holes in her second consecutive 65 at Tiburón to move into a comfortable lead.

After an opening eight holes that were bookended by a birdie at the first and a bogey at the eighth, it looked like the three-time LPGA Tour winner wasn’t making any moves, until she caught fire from the ninth onwards.

“I started pretty well with a birdie on the first, and then after that it was kind of a little bit of a struggle, I would say. Not a struggle, but I just feel like I left a couple shots out there,” recalled Boutier.

“Then I managed to get a birdie on 9 which kind of got me going. My long game has been solid all day and I was really able to put it close, especially in the back (nine). And then I just was able to make some putts.

“It was just a really solid day all around.”

Behind her it looks like a race to finish second, with Lopez and Lee both carding 68s to reach 10-under alongside Harigae, who signed for a 69 in her second round in Naples.

Overnight leader Jeongeun Lee6 was only able to add a 71 on day two to sit in a share of fifth at nine-under, where she is joined by Georgia Hall, Eun-Hee Ji and World No.1 Nelly Korda.

Maguire will tee off her third round alongside So Yeon Ryu at 3:40pm Irish time on Saturday.