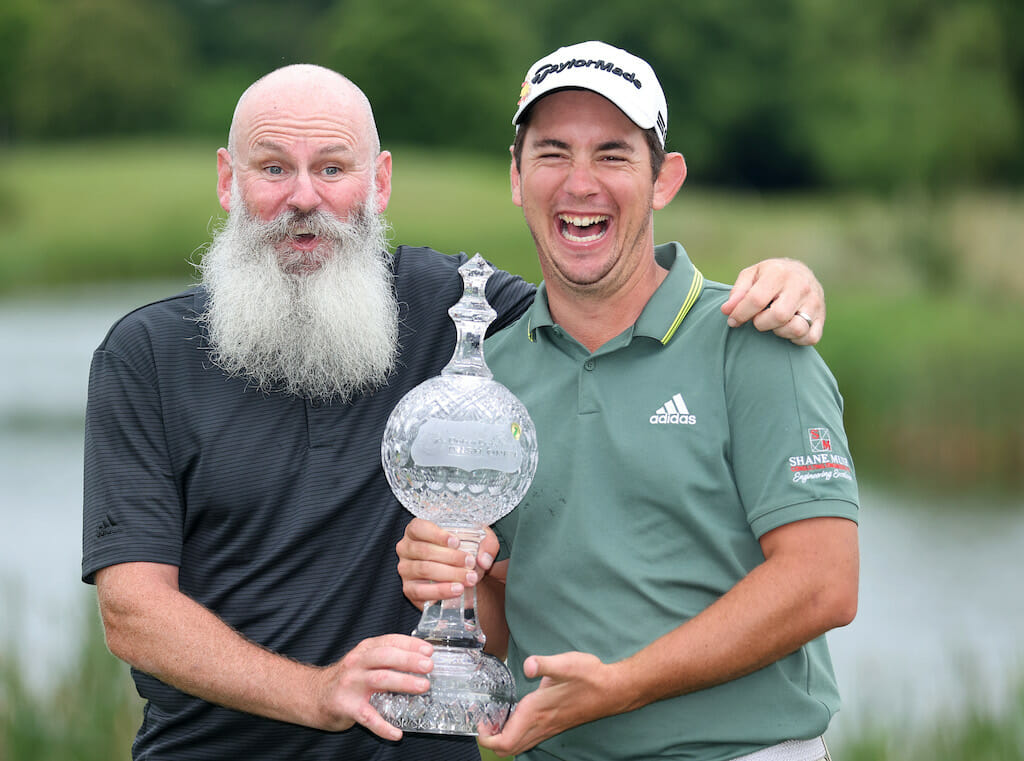 Herbert became the first ‘Down Under’ golfer in 14-years to capture Ireland’s premier event leading from start to finish in winning by three strokes on the famed Co. Kilkenny course.

Herbert, who turns 26 next month, then crossed the Irish Sea to share fourth place at the Scottish Open followed by a first Open Championship appearance, with his Irish Open success earning him a Royal St. George’s tee-time.

In August, Herbert earned his PGA Tour card in the first event of the secondary Kornferry Tour ‘Play-Off’ series. Then in his second event as a full PGA Tour member, Herbert brilliantly battled the brutal conditions to capture the Bermuda Championship.

The win earned the Bendigo-born Herbert an automatic invitation to next April’s Masters at Augusta, National. And while Herbert intends focussing his golf now on the PGA Tour, he confirmed to Irish Golfer Magazine he will return to Ireland for the June 30 to July 3for the Irish Open.

“I’m starting my new season in the States but I will be back to Ireland to defend the Irish Open,” he said.

“It’s important to me to defend the tournament and I see from the new 2022 schedule it’s returning to Mt. Juliet and that’s great news, so I’ll be going there looking to win for a second time. I’m also not into The Open, so I may need to win to get myself in The Open at St. Andrews.

“I don’t want to turn my back on Europe and I’d like to play as many Rolex Series events as I can. It was the European Tour that helped me out when I first came out on Tour in extending me invitations to play.

“Those invitations kick-started what I have been able to do in recent years, so I don’t want people to be thinking now that I have my PGA Tour I will not be forgetting about the new DP World Tour.”

A big key now for Herbert going forward is to get himself comfortable on every golf course he tees-up. You look at his PGA Tour record for his first four events of the 2021/22 wraparound season and his results read: Cut, 1st, Cut and Cut.

“And rather than thinking that with PGA Tour and European Tour membership means I can probably pick-and-choose where I want to play, it’s not about that.

“It should matter whether it’s Bay Hill, Riviera or Augusta, every golf should suit me and that is the level I want to get to.”

Though foremost on Herbert’s mind at the close of this week will be boarding an Emirates flight to Melbourne and it will be a first occasion, and given the restrictions in travelling in-and-out of Australia that he’s not been home since 18th January this year.  That’s an absence of just over 11 months.

“I am just looking forward so much to be heading home as I was only home for about three to four weeks over Christmas last year, so it’s been an awfully long time to be away from my family and friends,” he said.

“I guess it’s part of the sacrifice we face in this chosen profession and I accept that but I’m just looking forward to getting back, having a few weeks off and then heading to Hawaii for the Sentry Tournament of Champions.

“I’ll play Hawaii, the Farmers Insurance, Phoenix and the Genesis Invitational so it’s a very nice early new season schedule as I am not going to play too many events in a row to be nice and ready to play the Masters.”