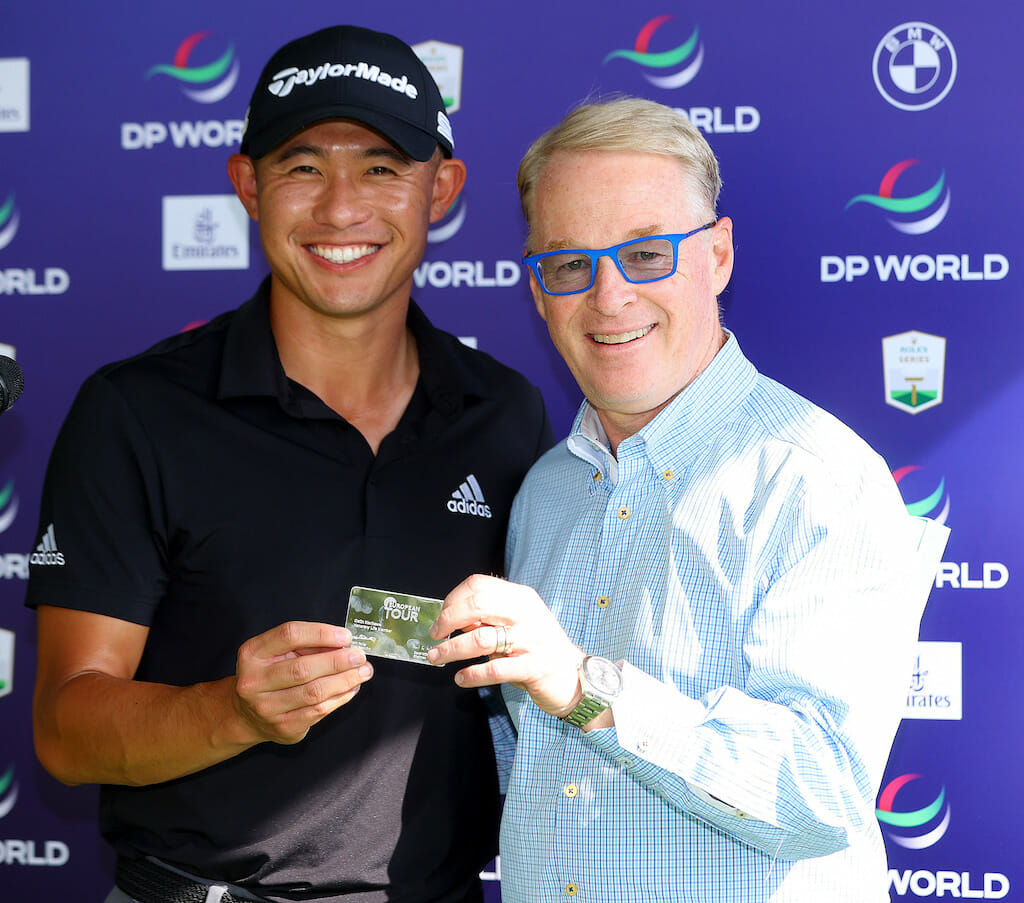 Moikawa had been a member of the Tour earlier this year in capturing a second major in winning the 149th Open at Royal St. Georges and now ahead of the season-ending DP World Tour Championship the 24-year old has been made a life member

Morikawa said: “Two and a half years ago when I turned pro, I had no clue what life was going to put in front of me, but I’m very thankful for what I’ve been able to accomplish. Obviously the world has gone through many changes, but this means a lot and I have to say thanks to the European Tour.

“We want to grow the game as much as we can, and this is an important piece of that. So I’m going to honour this and this is going to be very special and it is definitely a top highlight so far since turning pro, so thank you.”

Keith Pelley, European Tour Chief Executive, said: “On behalf of everyone on the Tour, I would like to officially welcome Collin into an illustrious group of players to receive Honorary Life Membership of the European Tour. Collin is an incredible talent and he has already accomplished so much in the game at such a young age.

“To win the Open Championship at the first attempt is a special achievement and he now has the opportunity to secure another piece of history this week by becoming the first American winner of the Race to Dubai. I know how much Collin enjoys competing on the European Tour and we were all very proud to see one of our members lift the Claret Jug in front of so many fans at Sandwich this summer.”