“Liquids, a lot of liquids” have crept into Claret Jug, says Morikawa 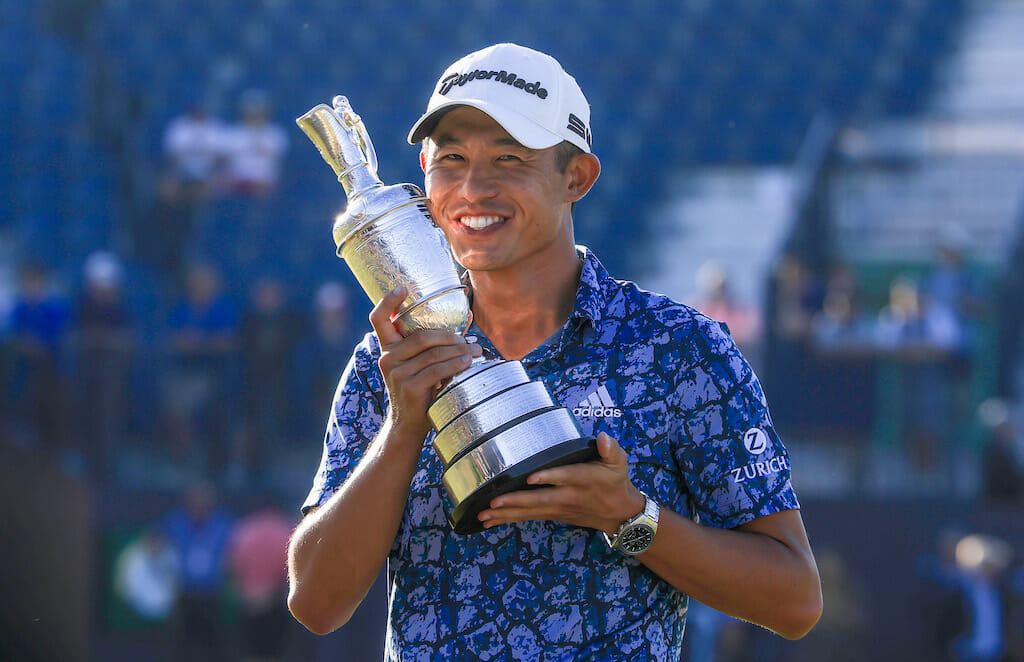 “Liquids!” with a big smile on his face replied Open Champion Collin Morikawa when asked what’s been in the Claret Jug since winning a second Major at Royal St. George’s.

Morikawa, 24, is teeing-up this week’s European Tour season-ending DP World Tour Championship looking to become the first American-born to become No. 1 in Europe.

Morikawa has put himself in the position given he is a member of the European Tour (now an honorary life member), something that Tiger Woods was asked often ‘why he would not join’ but also always declined.

Morikawa was asked by the Irish Golfer Magazine what he’s had in the famed Claret Jug since his success at Royal St. Georges.

He said breaking out in a big smile: “Liquids, a lot of liquids!”

And in the four months into his reign as the 149th Open Champion, already he’s been ‘blown away’ by the reaction to those seeing the Claret Jug for a first time.

He said: “I’m blown away as people are freaked out by the sight of the Claret Jug and then also looking at the names on the trophy.

“Obviously, the trophy has the best names in golf and it’s always inspiring and motivating when I see my name, and knowing that I can keep pushing forward.”

And Morikawa is aware of the ‘mistake’ on the Claret Jug.

He said: “Yeah, someone pointed out to me that in 1947 when Fred Daly won at Hoylake, it’s spelt Holylake on the jug.

“Though the great thing is, they’ve got my name and venue spelt correctly (smiling).”