Maguire prepared for a ‘shootout’ at Pelican Women’s Championship 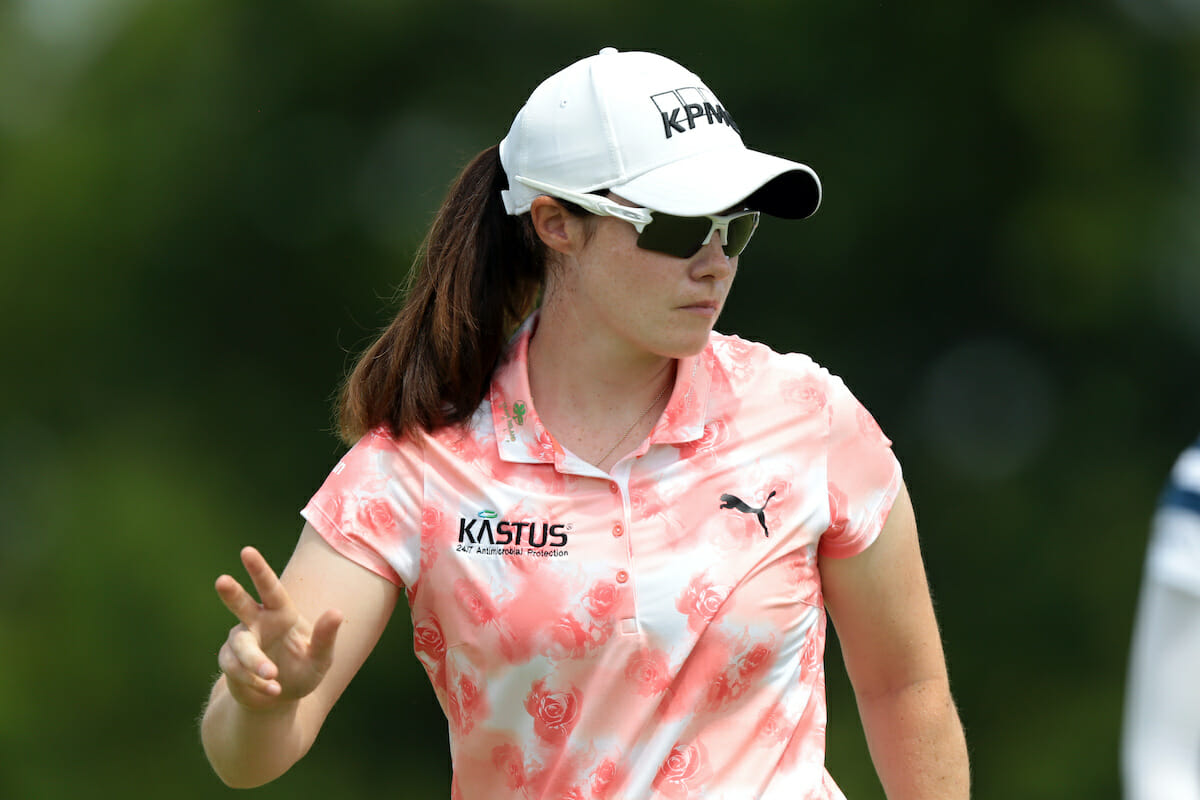 Leona Maguire is anticipating a “shootout” at the Pelican Women’s Shootout as she heads into the weekend one shot off the lead in Belleair, Florida.

The Cavan woman added a two-under 68 to her course record 62 from Thursday to sit 10-under, one back of joint leaders Jennifer Kupcho and Lexi Thompson at the halfway stage.
It was always going to be tough for Maguire to follow up her sensational opening round, but she kept herself in touch at the top with four birdies and two bogeys in her second round.
After birdieing her fifth hole of the day, the 14th, she dropped both of her shots of the day in the space of three holes, carding bogeys at the 18th and the 2nd holes but picked up another birdie in between them at the first.
But the European Solheim Cup star finished strongly with two birdies in her final four holes – at the sixth and ninth – to leave her tied-third at the midway point of the tournament.
Maguire is still searching for her first LPGA Tour victory and, if it is to be this weekend, then she believes she will have to go low over the weekend to beat a star-studded leaderboard to the title.
“I felt like I played nice. Didn’t hole putts like I did yesterday; hit some really good approach shots and didn’t quite take advantage. Hit two bad drives on 18 and 2 which cost me into the fairway bunkers,” explained the 26-year-old.
“Stayed as patient as I could, and it was nice to pick up two on the last four holes to finish off strong.
“I think it’s going to be a shootout at the weekend. If that’s kind of the case, you’re just trying to make as many birdies as you can and keep your foot down, see where it stands at the end of the weekend.”
Kupcho and Thompson have identical scores through their opening two rounds, both adding 64s on day two to 65s from day one to sit one shot clear at the top at 11-under.
Taipei’s Wei-Ling Tsu sits alongside Maguire at 10-under after a 64 of her own on Friday, while Korea’s Mi Hyang Lee tied Maguire’s course-record 62 to move up to nine-under alongside four other players, including Nelly Korda and defending champion Sei Young Kim.
Another at nine-under is LPGA veteran Christina Kim, who is only in the tournament on a late sponsor’s invite but, should she go on and win the event, would move inside the top-60 in the Race to CME Globe and book a spot in next week’s season-ending CME Globe Tour Championship.
Meanwhile, Stephanie Meadow was as consistent as a golfer can be – 18 consecutive pars leading to a level-par 70, her second of the week, to make the cut on the mark and keep her hopes of keeping her LPGA Tour card for next season alive.
The Jordanstown woman is currently 101st in the Race to CME Globe standings and needs to break into the top-100 to retain full playing rights for 2022, otherwise she will need to go through Q-School or drop down to the Symetra Tour.
Currently sitting tied-66th in Belleair, Meadow is projected to fall to 103rd in the points list, so will need a strong weekend to lock down her future beyond the end of the year.
The 29-year-old is confident, however, she can kick on from her bizarrely routine second round and turn that into a low score to ease some of the pressure going into the final day.
“I felt like I hit some good putts and had some missed reads today. I think the main thing is I hit it really well, so, I mean, it’s not like I need to go to the range and figure out how to make birdies on the weekend. I just gotta make some putts drop,” said Meadow.