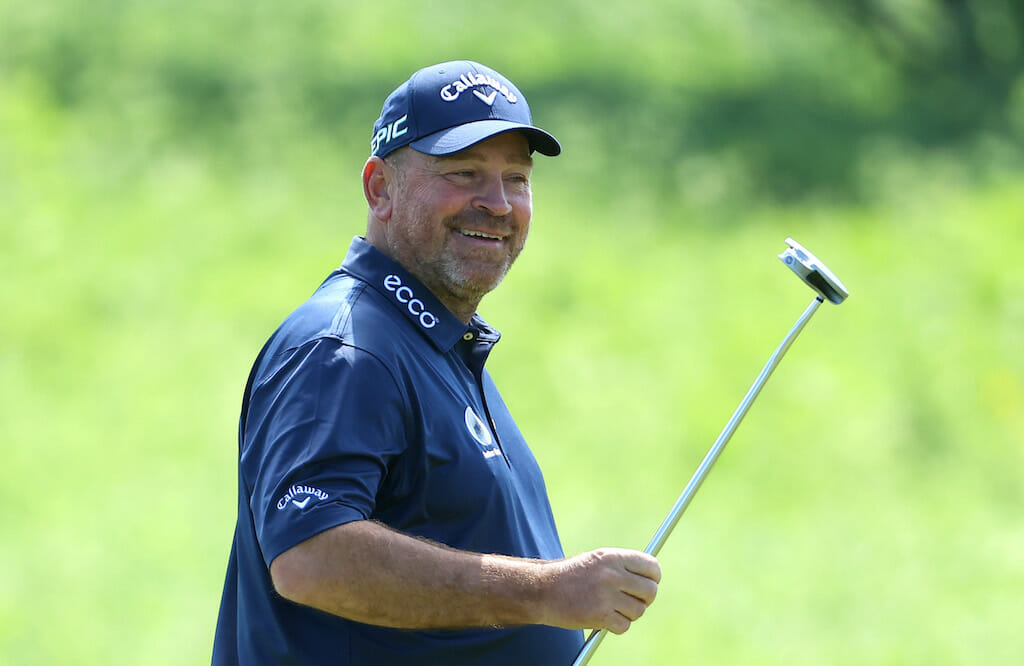 Thomas Bjørn, the victorious 2018 European Ryder Cup Captain, is set to cap off his maiden Legends Tour season by teeing it up in the tenth anniversary edition of the MCB Tour Championship – Mauritius from December 10-12.

The Dane has had a successful start to his career on the over-50s circuit, winning his first title in only his third appearance at the Irish Legends presented by The McGinley Foundation in August, as well as finishing third in the Farmfoods European Legends Links Championship on his debut.

Bjørn, a 15-time European Tour winner, has enjoyed his first taste of Legends Tour action in 2021 and is looking forward to finishing the year at the incredible Constance Belle Mare Plage in December.

“It doesn’t get any better than ending your season in a place like Mauritius and I am so excited to get out to the Indian Ocean in December,” he said.

“I have really enjoyed the events I’ve played on the Legends Tour this year. It’s given me the chance to compete for silverware as well as being able to catch up with old friends who I haven’t seen much in recent years.

“I know there is a lot of work going on behind the scenes to make the tenth anniversary of this event extra special and I’m ready to get my first taste of a tournament which is held in such high regard.”

Constance Belle Mare Place, a stunning Indian Ocean resort situated on the island’s vibrant East coast and part of the luxury Constance Hotels and Resorts Group, is a European Tour Destination with two Championship Courses – the Legend and the Links.

The 2021 MCB Tour Championship – Mauritius will be a week to remember, with the tournament celebrating its tenth anniversary and the Grand Final of the Celebrity Series taking place on Tuesday December 6, 2021. Famous faces such as former footballer Robbie Fowler, rugby great Gavin Hastings and TV presenter Georgie Bingham will compete for a £100,000 charity prize fund.