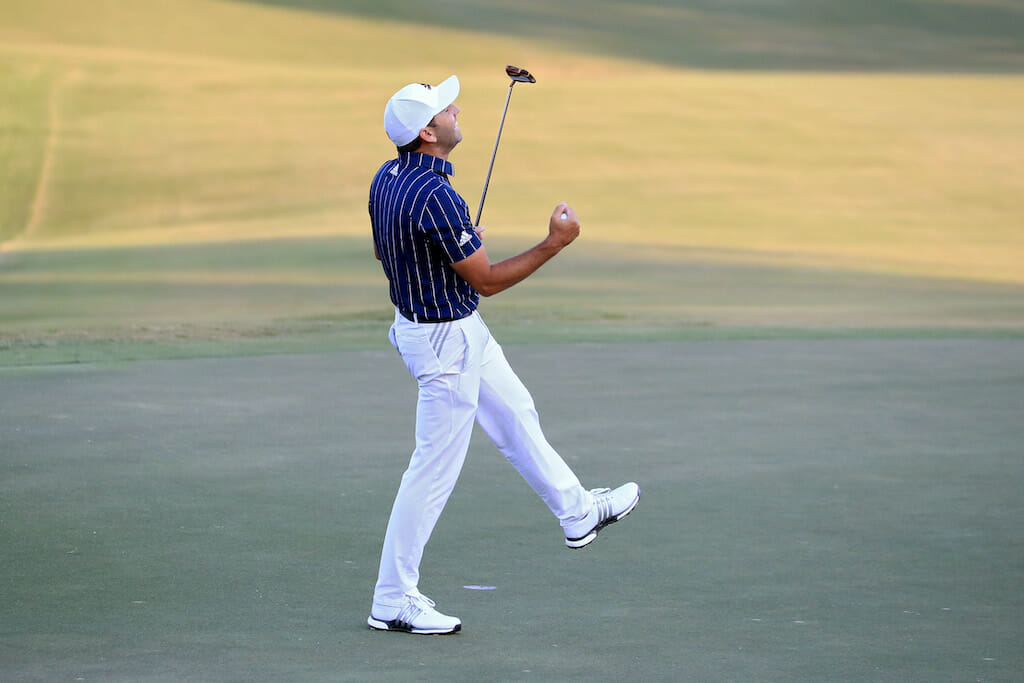 It was noticed late Wednesday afternoon UAE time that both Garcia and Reed had their names removed from the Race to Dubai money-list standings.

Garcia had been ranked 43rd and Reed 49th ahead of this week meaning they were eligible to tee-up next week on the Earth course. However both are believed to have been formally advised they had not satisfied certain Tour playing criteria in 2021.

In Garcia’s case he did not contest a ‘home’ in his native Spain, something that is a rule of the Tour with an updated statement from the tour confirming:

Due to the fact that neither Sergio Garcia nor Patrick Reed are able to fulfil their minimum event obligations for the 2021 season, both have been removed from the 2021 Race to Dubai Rankings. However, because of the continued challenges of this year, and the fact that both players would have qualified on merit, they have both been granted a special exemption by CEO Keith Pelley to the DP World Tour Championship, in addition to the qualified field.

Sergio (who was 43rd on the Race to Dubai on 860.6pts) will definitely play but the exemption for Patrick – who was previously ranked 49th in the Race to Dubai – is dependent on his accumulated points total (783.5) being greater than the points of the last placed player to qualify for the DP World Tour Championship as of the conclusion of the AVIV Dubai Championship this weekend. Obviously, neither will be eligible for Race to Dubai points or any related bonus next week.

Secondly, although Sergio and Patrick are now no longer in the Race to Dubai, the cut off for the DP World Tour Championship remains at 51st place with Will Zalatoris ‘in addition’ (as a top 50 OWGR Affiliate Member). All other Ranked Members within the top 51 are expected to play.

Garcia and Reed, of course, also enjoy ‘Honorary Membership’ of the Tour in winning the Masters. And at the close of next week’s event here in Dubai, the duo are expected to be officially listed as joint 121st on the money list.