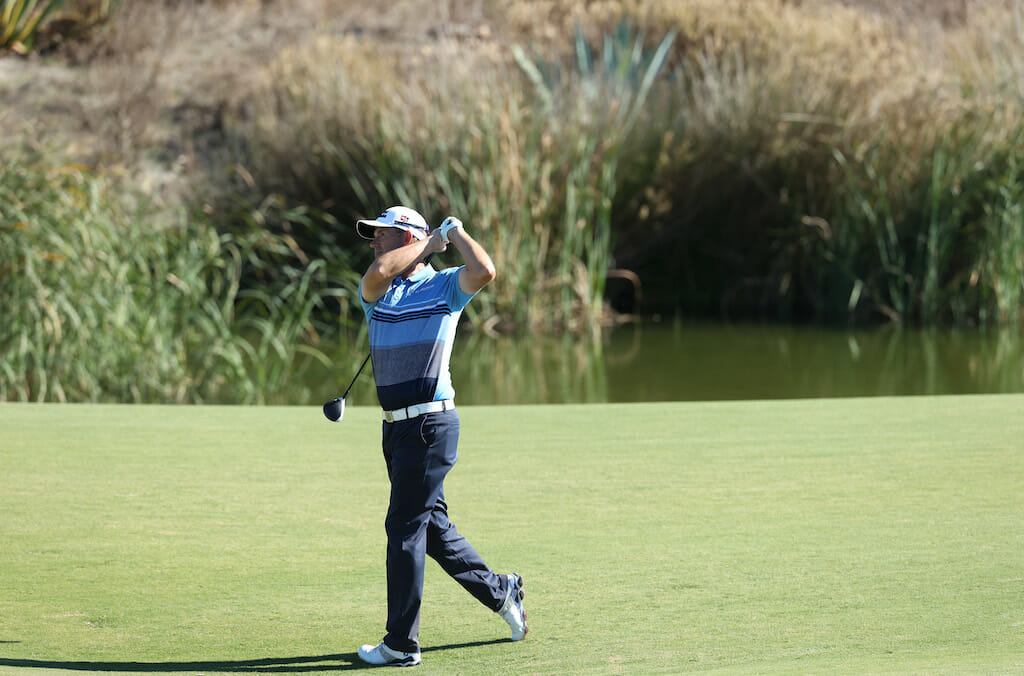 Padraig Harrington managed to get his goal of qualifying for the season-ending Tour event pointed back in the right direction on day three of the Portugal Masters.

Harrington birdied three of his closing seven holes in a third day 68 and moved to six-under par in bright but windy conditions on the Dom Pedro Victoria course at Vilamoura.

The Dubliner, wearing a bright pink ‘look-at-me’ shirt, gave a good number of patient Irish-born supporters in the crowd gathered around the par-4 last hole something to cheer about when he holed a monster putt from the front of the green for a stunning par save.

Europe’s Ryder Cup captain heads to the final round trailing 10 shots from the lead with Belgium’s Thomas Pieters birdieing his closing two holes in a round of 65 to match Italian’s Matthieu Pavon’s similar score; the pair sharing the lead at 16-under par and four clear of the field.

“I putted well, I gave myself plenty pf chances and it’s nice to walk off with a putt like that. It’s nice to be 16 under… hopefully I’ll have a chance tomorrow.”

Pavon is searching for a first European Tour victory in his 133rd appearance, with a lead after three rounds for the first time on Tour.

“I try to hit as many greens as possible and this is the way I was,” he said. “Focused on every shot, try to hit every shot like it was the most important in my life.  The focus was really good and narrow today compared to yesterday so I will try to bring this mentality with me tomorrow.”

Harrington, in the bigger end-of-season picture, is projected to jump seven places to 62nd on the Race to Dubai rankings and now 12 places shy of qualifying among top-50 on the money-list for next fortnight’s DP World Championship.

Harrington had been right on track to qualify for the DP World thanks to Portugal opening four-under par 67 but lost ground after a day two one-over par 72.

Jonathon Caldwell also jumped back in the third round overtaking lane after stalling on day two in posting five birdies, including four in seven holes from the 11th to 17th, but dropping a shot at the last for a second day.

The Clandeboye golfer picked-up nine spots to move to a share of 28th and is projected to remain at 97th on the Race to Dubai.