McGovern signs off with 71 as Kingston is crowned in Italy 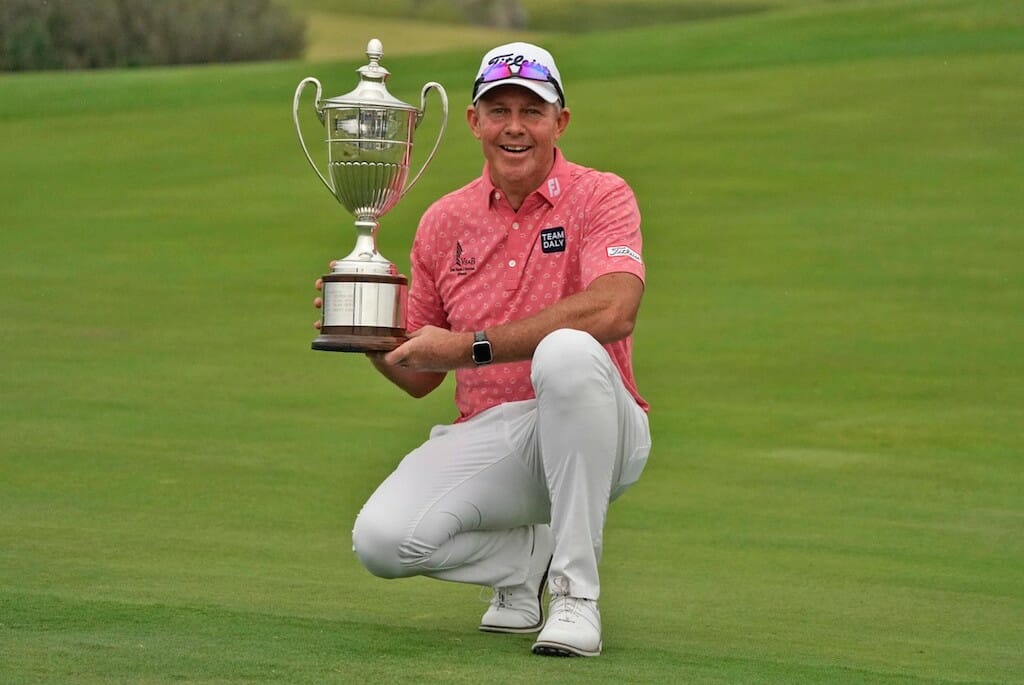 Brendan McGovern produced his best round of the week to sign off on a top-50 finish as James Kingston held off the chasing pack to claim his maiden Legends Tour title, winning the Sergio Melpignano Senior Italian Open by one stroke at San Domenico Golf.

Headfort pro McGovern carded a one-under 71 but finished well down the field in a tie for 46th at seven-over par, banking €1,380 for his week’s work, the highlight of which was a stunning hole-in-one earlier this week in practice.

The celebrations belonged to South African Kingston who posted a blemish free four under par round of 68 to finish on 11 under, one stroke clear of Sweden’s Joakim Haeggman, who carded a one-under par round of 71.

Kingston, who won twice on the European Tour in the late 2000s, with his most recent win coming at the Mercedes-Benz Championship in 2009, is delighted to have returned to the winner’s circle having come close on a number of occasions on the Legends Tour, recording four runner-up finishes in 2019.

“It’s a great feeling obviously,” he said. “I feel like I’ve had a monkey on my back for a while and I managed to get rid of it today. It was a tough contest; I think the fact that the weather was so good today meant that everybody is going to play well and you had to go shoot a low score.

“If the wind was blowing maybe just a couple under par could have been enough but all credit to Haeggy (Joakim Haeggman) and John Bickerton who I played with they were great sportsmen we had a great day out there and I am just happy to get it over the line.”

“I guess we’re still learning even at this age, it’s just trying to stay in the moment. During the week early on I got frustrated because I wasn’t making anything especially the first round and halfway through the second round and I was a little verbal about some of the putts but Gary Marks gave me a little pep talk and maybe that helped.”

The 55-year-old battled down the stretch with Haeggman as the pair were both at 11 under on the 17th tee. However, after a bogey from Haeggmann, Kingston was able to keep his cool and claimed the title as he closed out with six successive pars. He was then congratulated on the 18th green by a number of his fellow professionals.

He said: “That’s the tough part of it. Obviously I’ve been wanting to win but when you see your fellow pros come out and be there for your first one that means a lot to me honestly to see the guys pitch up they could have gone back to their hotel and a lot of them they knew what it would mean to me, it was just a great gesture from all of them.”

“It certainly was (a battle).We both hit good tee shots down the last and I was actually pleased that I was going first because I knew if I hit a good tee shot in there the second shot would be on. we were right in between numbers, I think we chose the right one and I hit a nice aggressive and positive shot and when Haeggy missed it I had the luxury of just rolling it down to the hole.”

Peter Wilson, who carded a seven under par 65 on the final day, shared third on nine under par with fellow Englishmen John Bickerton and David Shacklady, and Italian Emanuele Canonica.

The inaugural Legends Tour season will come to a close at the MCB Tour Championship-Mauritius, with Constance Belle Mare Plage hosting the final event of the year from December 10-12.