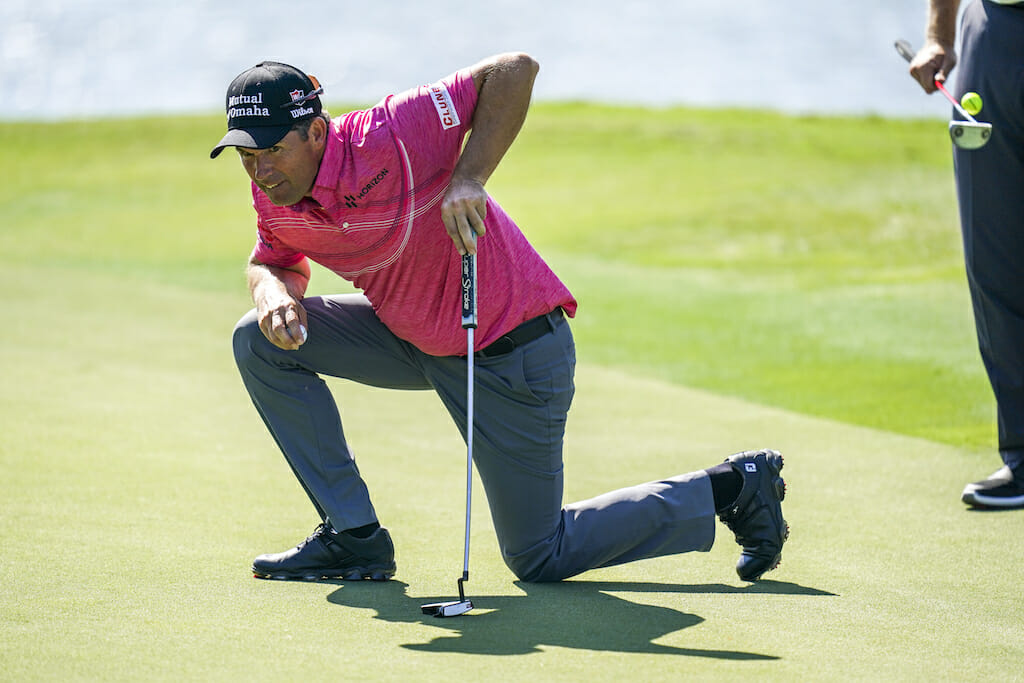 Past champion Pádraig Harrington and Tour winner Jonathan Caldwell will look to initiate a late season push into the top-50 in the Race to Dubai standings at this week’s Portugal Masters.

The penultimate regular season event on the European Tour tees off in Dom Pedro Victoria from Thursday, with the following weeks AVIV Dubai Championship representing the last chance for players to force their way into the $9m DP World Tour Championship on November 18.

As it stands, Harrington sits in 68th spot from just 10 starts on the points list, 18 places shy of the top-50 with Jonathan Caldwell in 97th place having largely struggled since enjoying his first Tour victory at the Scandinavian Mixed back in June.

Sadly, Ireland’s 131st ranked Niall Kearney won’t be amongst them this week in Dom Pedro having failed to secure an invite despite enjoying his best season on Tour to date. In a year that looked set to feature several Challenge Tour starts off limited status, Kearney made the most of his appearances, making nine cuts from 15 starts and banking €166,364 in that time with two top-10 finishes.

On the cusp of the top-122 currently projected to earn their full European Tour card next year, the Royal Dublin man is stuck in the mud at 131, and it seems criminal to have an Irishman so close to the Promised Land of the main tour yet deemed unworthy of a start to secure his status.

You’d have to wonder why a contingency plan isn’t in place to back a player in Kearney’s position and get him into Portugal this week by any means necessary, not least because his 69.63 scoring average is the sixth best on Tour this season and with a start, you’d back him to take full advantage.

Instead, Irish interest will fall heavily on Harrington who has been cutting his teeth on the over-50’s circuit in recent weeks. Harrington bridged an eight-year gap in 2016 when he won his 15th European Tour title at the Portugal Masters, his first victory since his US PGA Championship triumph in 2008.

The Dubliner overturned a one-stroke deficit in the final round, carding a bogey-free 65 for a 23-under par total and a milestone victory.

Harrington is joined by Matt Wallace whose maiden European Tour title came on Portuguese soil in 2017. The four-time Tour winner will make his fourth Portugal Masters appearance next week, with his best result at the popular tournament coming in 2019 when he finished in a share of eighth place.

“I won my first European Tour title just down the road at Morgado, so I always get good feelings when I go back to the Algarve,” said Wallace. “It’s just a great place to play golf at this time of year and the Portugal Masters is a tournament I’ve always enjoyed playing.”

As it stands, Shane Lowry and Rory McIlroy will be the only two Irishmen competing at the DP World Tour Championship with Collin Morikawa currently leading the Race to Dubai from compatriot Billy Horschel.