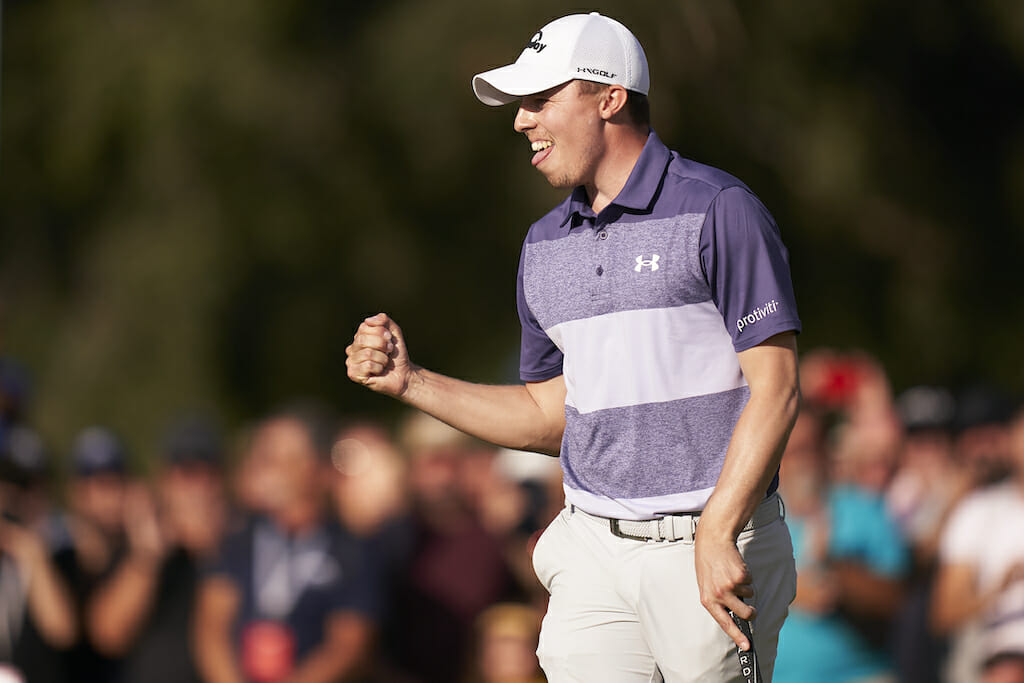 Matt Fitzpatrick is relishing the opportunity to kick his season into gear at this week’s Bermuda Championship but the pre-tournament favourite won’t be adding pressure on himself to secure a first PGA Tour title.

The Englishman goes into the event knowing opportunity knocks as just one of three contenders from the world’s top-50 taking their chance at the $6.5m event. This week Port Royal Golf Club is coughing up full FedEx points despite a diminished field and off the back of bagging his seventh European Tour title in Spain this month, it’s no wonder Fitzpatrick is licking his lips at the prospect of a maiden PGA Tour title.

“I don’t think I’ve ever been a favourite for a tournament before,” said Fitzpatrick. “It’s always nice, but for me that was also a big draw as well given that it’s gone to the standard 500 points for a win.

“It gives me obviously a great chance to sort of get my season up and running and get off to a great start to try and make Tour Championship next year. That’s a goal of mine is to try to do that. So to come here and compete was obviously one of the other reasons, as well as suiting my game and the travel.

“Wherever it [first PGA Tour win] is, it will be one that I always remember. But again, the more pressure I put on myself that I’ve got to win, I’ve got to win. I know full well from past experiences it’s just not going to help.”

Although Fitzpatrick’s PGA Tour record includes fifteen top-10 finishes including one runner-up result at the Arnie in 2019, he insists he’s never lost a PGA Tour title so to speak, he’s only been beaten on the run-in:

“I would say on the whole, the chances I’ve had to win, I’ve not really lost, I’ve just been beaten. A couple of years ago, Francesco Molinari ends up shooting 64 or whatever silly score it was at Bay Hill to beat me by one. Riviera, same deal; I played well over the weekend but Max [Homa] came through, shot a great Sunday round this year.

“It’s not hitting it close enough when I need to and not making – yeah, just hitting some average shots at the wrong time really. I think for me it’s just about trying to have consistency throughout the whole four aspects of my game.”

Also hoping to take advantage of this week’s bumper prize fund is Graeme McDowell and Seamus Power with the latter coming off a strong tied-21st showing at the Shriners.

“It’s a massive opportunity,” Power told the Independent. “My game is in great shape, so every week now feels like a great chance.”

Power and McDowell will play the first two rounds together with Power adding: “I have never played with Graeme before, so I’m really looking forward to it. I love the course, though it’s unusual for a seaside course with a lot of funny angles and quite a bit of elevation change.”