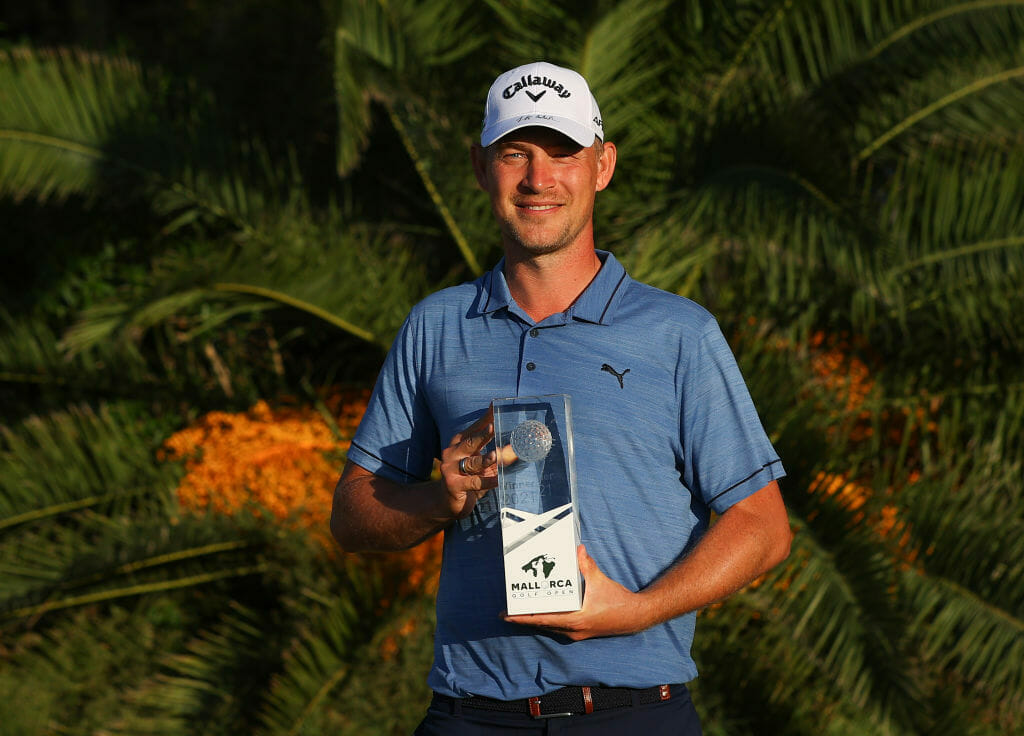 Dane Jeff Winther, 33, and his wife, Amelie found themselves locked-in the bathroom of their hotel, without their mobile phones, leaving their two young children alone in the main room of their hotel as the couple fought to pry open the bathroom door.  Fortunately time was on his side with hotel staff later breaking in to allow the couple to get to the Santa Ponsa course ahead of Winther’s 2.30pm local time tee-off.

Winther eventually posted a closing round level par 70 to win by a shot at 15-under par ahead of being doused in champagne by his Danish colleagues.

“After breakfast I went to have a shower and my wife came in to use the bathroom, as well,” he said. “The door closed, and there’s no lock, but we locked ourselves in.

“There’s no lock on the door, but the handle didn’t work. Our little girl Nora, six years old, had to go and find guys at reception to break down the door.

“We were there for 45 minutes, I think. I thought, jeez not today, not Sunday, you’re leading the freaking event. Might not get there for your tee time. What a morning”. 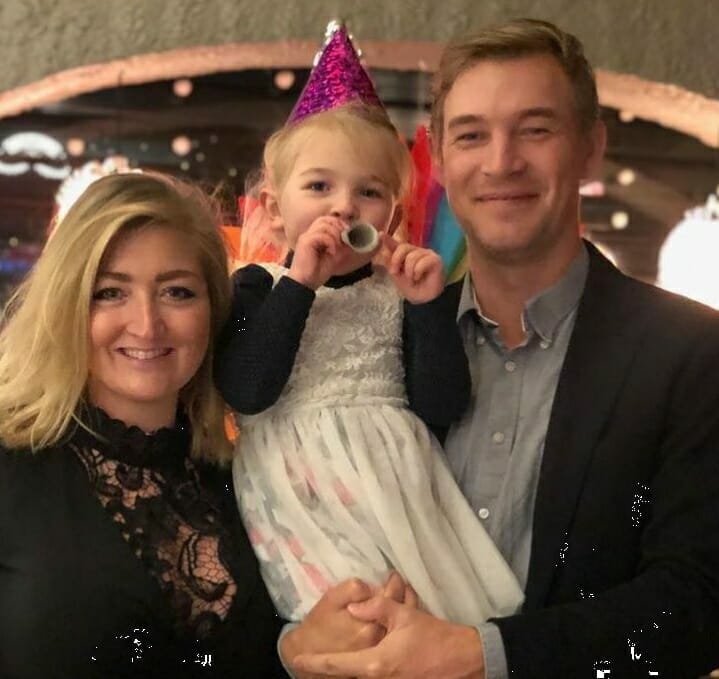 Jeff Winther with his wife Amelia and daughter Nora

Winther had posted first and third rounds which equalled his Tour career low of 62 and after 22 birdies over all three days, he could manage just one birdie on day four and then missed a short putt at the last for bogey but good enough to win.

Three players – the Spanish duo of Pep Angels (67) and Jorge Campillo (69) and Swede Sebastain Soderberg (68) – shared second place at 14-under.

Irishman Jonathan Caldwell produced a horror final round he’d rather forget, slumping to the tail of the field after a shock 10-over par 80 for a six-over par total.

His final round began with three bogeys, a birdie and a fifth hole double-bogey ahead of four bogeys in succession from the eighth and a second double of his round at the 13th before five closing pars.

Fortunately, the effort has seen the Clandeboye golfer drop just one place to 97th on the Race to Dubai and with two events remaining in the ‘regular’ season ahead of the year-ending DP World Championship in Dubai for the leading 60 money-earners.

Meanwhile Cormac Sharvin closed with a round of 68 to finish in T61 position on one-ver par.

All players in the Majorca field were wearing black ribbons as a mark of respect for Swedish golfer Frederick Andersson Hed who passed away from cancer earlier in the day, aged just 49.

Andersson Hed retired in 2015 after contesting 258 tournaments and capped by his lone victory at the 2010 Italian Open.