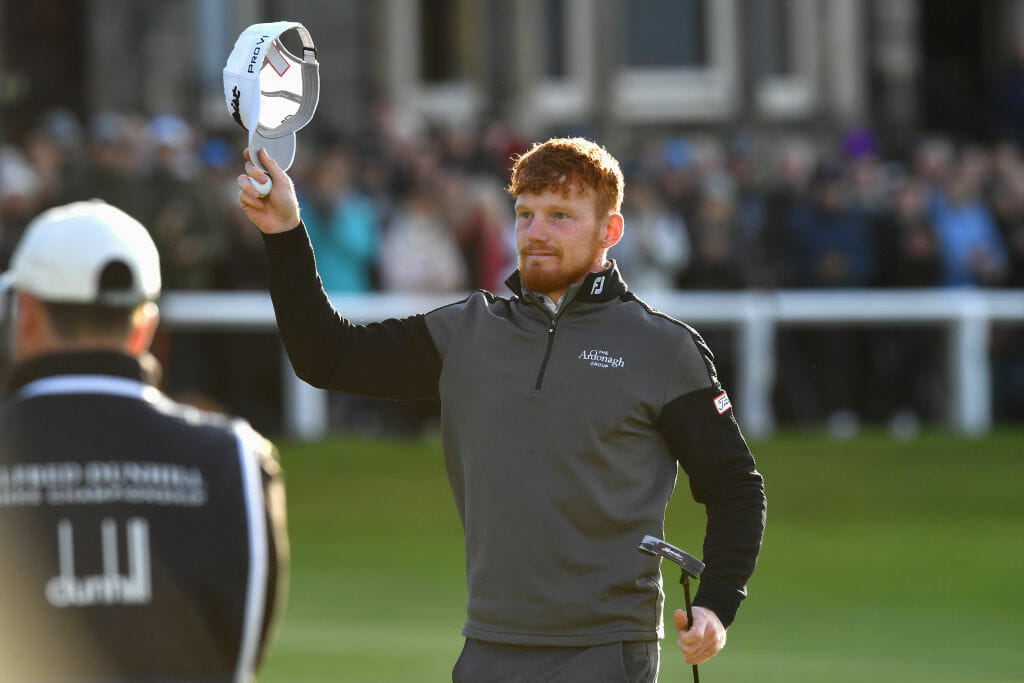 It’s been a manic stretch of golf for John Murphy since turning to the paid ranks. Off limited starts, he’s taken full advantage, opening doors that once stood shut due to his own relentless consistency Murphy secured his 2022 Challenge Tour card by finishing 69th on the order of merit with only top 70 securing a status next season.

The fact that Murphy has secured his Challenge Tour card for 2022 after only making his first Challenge Tour cut in July is in of itself hugely impressive. It’s a testament to the level-headed approach he’s taken to the paid ranks. How often do we witness elite amateurs make changes to meet a perceived professional standard and completely unravel the game that propelled them to the pro ranks in the first place?

In Murphy’s case, trusting the tools that elevated his amateur career and earned him a Walker Cup cap is now paying dividends in a seamless transition to paid company. “I feel like the game is in a really good place. I wouldn’t say I really changed anything,” Murphy explains.

“I think I’ve done a great job of not feeling too intimidated or feeling like I need to change things. I think I had a very good understanding coming out here that it doesn’t matter where you are, European Tour, Challenge Tour, amateur golf, if you’re playing well, you’re going to be high up the leaderboard no matter where you are so I’m just trying to keep my game in as good a shape as possible and it’s going alright so far!”

Tournaments have been coming thick and fast for the Tour rookie and he is delighted to be coming home for some rest and can now plan a schedule for 2022.

“I am looking forward to getting home now, I’m going to the Cork Jazz Festival this weekend. The only time I’ve really gone out was the All-Ireland since I finished college so I’d like a nice weekend of it now to be fair.”

Michael Hoey ended his week on a positive note with a three-under 68 to end the week in a share of 29th place a distant thirteen shots behind winner Daniel Hillier on six-under. The five-time European Tour winner drops one spot to 36th in the Road to Mallorca standings but qualifies for the Grand Final where the top 45 will shoot out in two weeks time.