Mehaffey with it all to do at LPGA Q-School 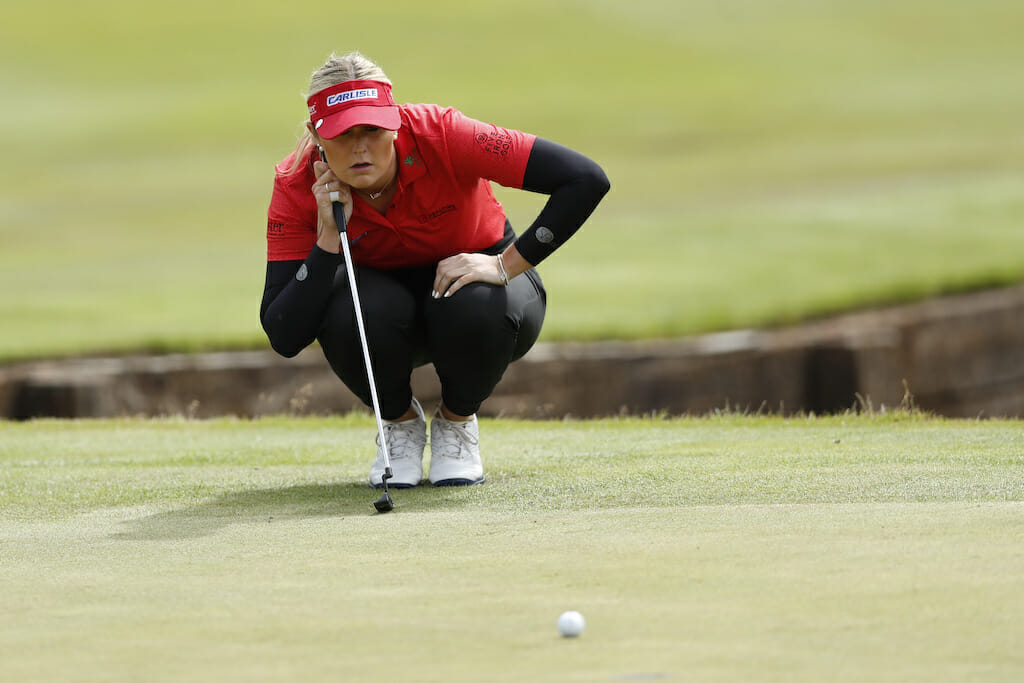 Olivia Mehaffey will have to dig deep into her mental reserves if she is to keep her hopes of earning an LPGA Tour card for next season alive after a horror opening round at the Second Stage of Q-School in Venice, Florida.

The Tandragee woman only carded one birdie in a disastrous eight-over 80 on day one at the Panther Course at Plantation Golf and Country Club which has her tied-171st and already with a lot of ground to make up to get to the next stage.
With only the top-45 and ties making it into the Final Qualifier next month, Mehaffey is already nine shots off the pace and will know she has a real test on her hands if she doesn’t want her LPGA dream to end at the penultimate hurdle.
Having already played in multiple LPGA Tour events this season – including finishing in the top-20 at the ISPS HANDA World Invitational at Galgorm – Mehaffey will know she has the game to turn this around, but she will need to do so quickly.
It had all started so promisingly for the 24-year-old when she birdied her first hole, the 10th, but everything fell apart after that as she failed to pick up another shot before signing her card at the end of the round.
Four bogeys in six holes to finish her opening nine had her three-over, and after the turn things continued to deteriorate with a bogey at the third, before a brutal triple-bogey at the eighth and another dropped shot at the ninth capped a dismal day in Florida.
Mehaffey tees off her second round at the Bobcat Course at Plantation at 1:44pm Irish time and the hope will be that, if she can’t get inside the cut mark after two rounds, she can at least drag herself back into contention at the halfway stage.
At the top, former World Amateur No.1 Pauline Roussin-Bouchard leads after the opening round after her five-under 67 at the Panther Course has her one shot ahead of a group of eight players at four-under, which includes Mehaffey’s old college team-mate Linn Grant.
College stand-out and US Curtis Cup star Gina Kim is among a group tied in 10th at two-under, with another Swedish amateur star Beatrice Wallin also at that mark.