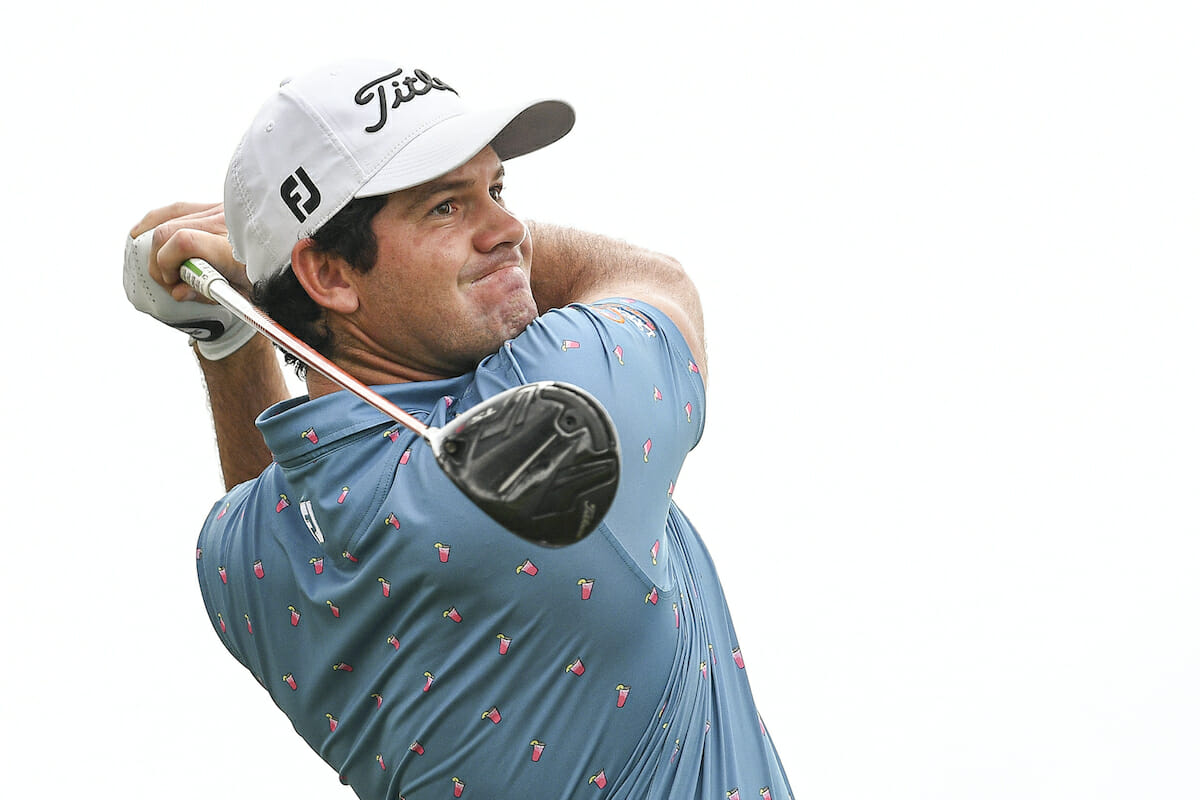 Ricardo Gouveia of Portugal plays his tee shot on the 1st hole during Day Three of Challenge Costa Brava at Emporda Golf Club on October 21, 2021 in Girona, Spain. (Photo by Octavio Passos/Getty Images)

After adding his best round of the week (69) in round three at the Challenge Costa Brava, Michael Hoey is in tied 39th place on three-under par but he finds himself some twelve shots off the Road to Mallorca Number Two Ricardo Gouveia who has automatic promotion to the European Tour well in his sights as he heads into the final round with a one-stroke lead.

Hoey’s third round haul of four birdies and two bogeys was enough to improve his leaderboard position but the same couldn’t be said for John Murphy who has been on a rich vein of form of late but missed the cut by one stroke on three-over par after opening with a round if 68 with the damage being done in round two where he carded a 76 which include four bogeys, a double-bogey and just one birdie.

Gouveia now has the opportunity to add a third win of the season, following his victories in the Italian Challenge and the Made in Esbjerg Challenge – Presented by FREJA & TotalEnergies, and subsequently secure his European Tour card.

The 30-year old led the way after round two of the Challenge Costa Brava and says that playing with Frederic Lacroix and Chase Hanna spurred him on to take the opportunities when possible.

“It was great fun to play with Chase and Frederic today. It definitely helps because it pushes you to make birdies and to keep going and that’s what happened today, we started off four under through five, or something like that it was pretty crazy everything was going in.

“I got through a cold spell in the middle and then started off good again on the back nine. I kept playing well and just waited for my opportunities and yeah I am happy with the one shot lead.”

Gouveia competed in the Empordà Challenge last week and admits that this week he is in the right frame of mind to win again, having  previously been crownedChallenge Tour Number One in 2015.

“I think my attitude, last week my mindset wasn’t right.This week I’m in the right frame of mind so I am looking forward to tomorrow.

“It would be great to go above category 14 and get that third win.  It would be pretty cool  to have a chance to win the Rankings again at the Grand Final – that’s my goal now.”

New Zealander Daniel Hillier posted eight birdies and one eagle to sign for a nine under par round of 62, taking up third spot ahead of three players in fourth place, including two-time Challenge Tour winner Marcus Helligkilde, Frenchman Frederic Lacroix and Hennie Du Plessis of South Africa.

Björn Hellgren of Sweden and Road to Mallorca Number 12 Chase Hanna are sitting in a tie for seventh place on ten under par ahead of three players on nine under par, including three time Challenge Tour winner Marcel Schneider.

The final round of the Challenge Costa Brava will begin at 9:00am local time, with Gouveia teeing it up alongside Hillier and Manassero in the final group at 10:40am.