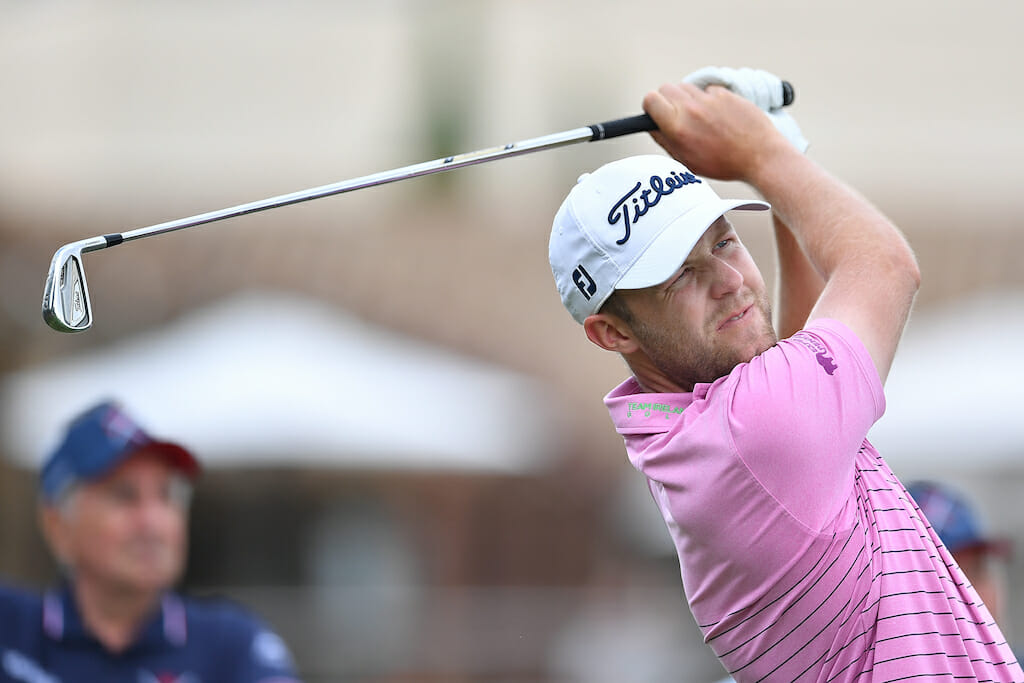 Paul McBride opened with a one-under par round of 70 as the Second Stage of Korn Ferry Q-School resumed across four venues in the States.

The Island professional is trying his luck at Plantation Preserve Golf Club in Florida where he traded three birdies with two bogeys to sit in a share of 35th overnight, two shots back of the qualifying pace with the top-20 set to progress to Final Stage after four rounds.

European Tour regular and Aussie Jason Scrivener leads the way by a shot at Plantation after firing a six-under par 65.

At Highlands/Marshwood, there were slow starts for both Tom McKibbin and Conor Purcell, though both players remain in touch despite carding one-over par 73s.

Holywood teen McKibbin signed for an eagle, one birdie and four dropped shots while Portmarnock ace Purcell also carded four bogeys against three birdies. The pair sit in a tie for 41st, three shots back of the early qualifying bar of minus-two with the top-20 again set to advance to the Final exam in November.

Blake Dyer heads the field in Alabama at seven-under par.