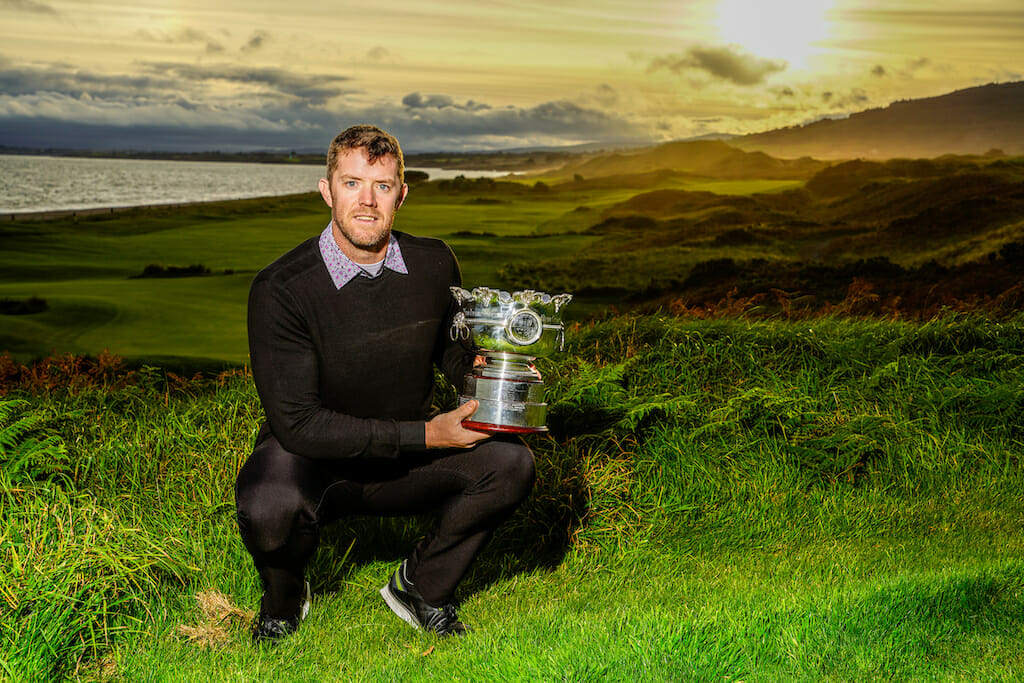 Peter O’Keeffe is the 2021 Flogas Irish Men’s Amateur Open champion. The Douglas golfer defeated Switzerland’s Nicola Gerhardsen in a three-hole playoff at The European Club after the duo finished three shots clear of the field on four-over in regulation play.

O’Keeffe worked his way around the playoff with three pars, beating the valiant Gerhardsen by a shot. Speaking after the win, O’Keeffe said his second Irish Men’s Amateur Open is a career highlight:

“I’m delighted. It played really hard, but I thought I played really well. When I won the AIG Close, I said I wanted to win this. Saying it is one thing, but doing it is another,” O’Keeffe reflected.

“I have to credit my coach Noel Fox. We had a great session earlier this week. I took what we were doing straight onto the course.”

O’Keeffe is the first golfer since Padraig Harrington to win the Irish Close and Open in the same year. He is delighted to add his name to the greats of the Irish amateur game.

“It’ll take a while for that to sink in and the year in general, but I want to keep pushing on now, into next year.”

Gerhardsen had a putt on the 18th to win but he was still delighted with an impressive week.

“It was an amazing week,” said the 19-year old. “I enjoyed myself on such a beautiful golf course. It’s disappointing to lose the playoff. I made some good shots, but didn’t get the job done. Peter’s hot putter was the difference. I was really struggling in the middle of the season but I’m delighted to be playing good golf again.”

For the second day in a row, only one player broke par. Royal Dublin’s Hugh Foley jumped ten spots to finish in third place with a round of 69. The third placed finish also saw him jump into second place in the Bridgestone Men’s Order of Merit standings behind O’Keeffe.

“It was almost a perfect round, which is rare. I had a few lip outs in the opening six holes. One bad shot on 16 meant a double bogey. I knew it was a great round though,” said Foley.

“I didn’t look at the scoreboard all day. I had a plan and I stuck with it. It’s my best finish in this event, so I’m delighted with that.”