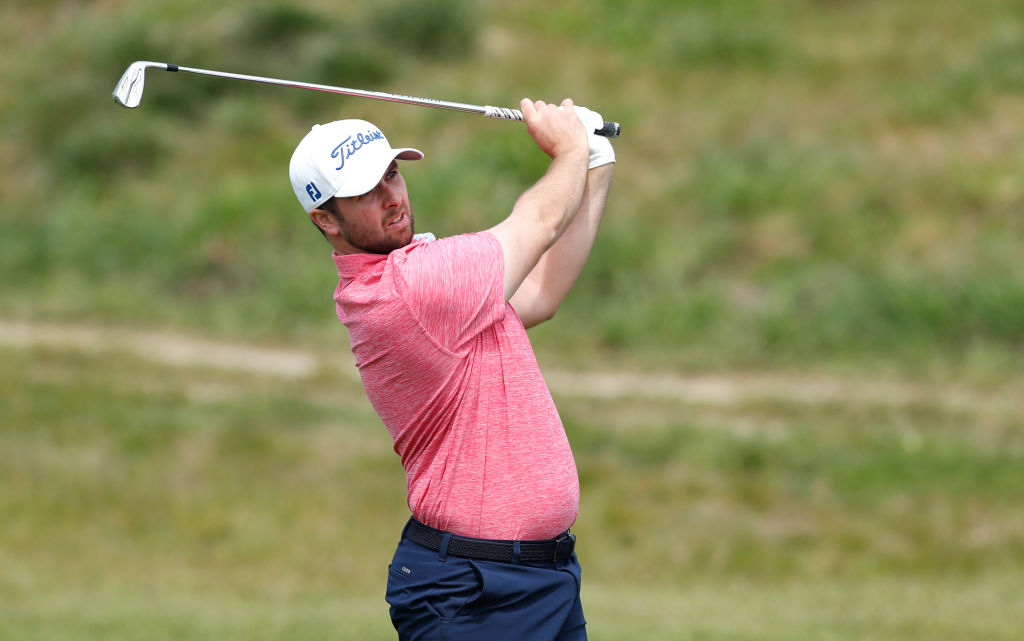 A stunning third round gave Ruaidhri McGee’s hopes of reaching the Final Stage of Korn Ferry Tour Q-School a shot in the arm in Brooksville, Florida.

The Derry man looked down and out after two average rounds left him six shots off the cut mark at the halfway point of the Second Stage qualifier at Southern Hills Plantation – only the top-19 and ties will make it through – but a sensational seven-under 65 has him back in the mix.

McGee is now five-under for the week, two off the cut mark of seven-under, and he will take a huge amount of confidence into today’s final round knowing one good round will keep his hopes of playing on the second-tier American tour alive.

To add a bit of context to McGee’s round, the Irishman started the day on the 10th hole as he was in the bottom half of the standings, but he quickly pulled himself into contention with an eagle at the 12th and followed it up with birdies at 15 and 17.

Bogeys at the 18th and the second threatened to undo the good work he’d done but, undeterred, McGee finished his round with a flourish, birdieing five of his final six holes to give himself a great opportunity of progressing to the Final Stage today.

Ohio’s Alex Weiss is the leading player with one round to play, his third round 66 taking him to 14-under, one clear of the Texas duo of Derek Oland and MJ Daffue in Florida.

Five-time PGA Tour winner Jonathan Byrd is in a strong position to move on with a five-shot buffer at 12-under, while Erik Compton matched McGee’s 65 on day three to make his place a bit more secure at 11-under for the week.

Notable names inside the cut mark, which currently lies at seven-under, include Luke Guthrie (-9), Brandon Stone and Jamie Lovemark (both -7), but the likes of Spencer Levin (-2) and Kevin Stadler (-1) need big final rounds to keep their hopes alive, while former Northern Trust Open winner John Merrick (+3) will know his race is all but run.

McGee’s reward for a good third round is that he will play the course the right way round on the final day, teeing off from the first hole alongside Callum McNeill and Wei-Hsuan Wang at 1:41pm Irish time.