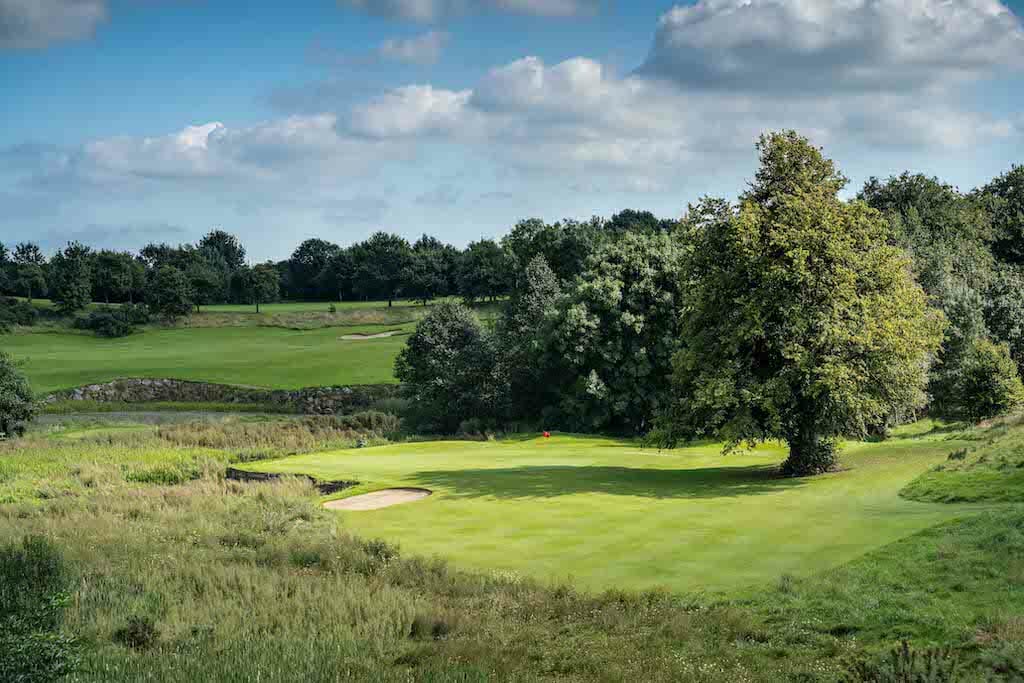 Back to basics. Sometimes it’s just good to hit the road and go and visit a few clubs in a day. It’s something I used to do a lot: leave at 6am, be somewhere for sunrise and then visit up to six golf clubs, finishing up behind a green somewhere in the hope of a dramatic sunset. Photography work and Covid have altered those opportunities somewhat but there’s still nothing quite like the buzz of returning to a course I haven’t been to in a few years.

I visited Rathcore Golf Club a few weeks ago. It was a beautiful day and while things have changed at the club – the Lyons no longer own the place – the heart of one of my favourite parklands beats as strongly as it ever did. Andy Christie, head greenkeeper, stepped in and purchased the place in 2017 in what he admitted was a big gamble. There were just 40 members at the time.

His faith, perseverance and skill have paid off: today the membership is thriving and the course is looking better than it ever has… partly because of the improving maturity but mostly because of the efforts Andy and his team are putting into the place. I won’t deny that I was apprehensive when I called by but my fears were misplaced.

Rathcore is and remains a thinker’s course. You can thank designer Mel Flanagan for that. A boom and blast approach will lead to ruin time and again in the pretty ponds that lace the course. There are several short par fours that call for thought and the famous par-3s – the 11th and 16th – lie side by side and they remain one of the prettiest and most daunting short hole pairings you’ll find in Ireland. Set on 130 acres, this par 72 remains a charming and fun place to play golf. Clever routing weaves the two nines together and the club now has a halfway house by the 10th tee (next to the car park) that is well known for its burgers!

Rathcore is not the only club visited on that recent trip. I also called into Mount Temple, where I have long been amused and bemused by some of its ‘championship course’ claims. I can no longer be bemused nor amused as, on the day I visited, the club was hosting the PGA Irish Club Professional Tournament, won by Simon Thornton (-6, for a new course record).

The greens are natural, bumpy, slick and ferocious, and my impression of the course is much improved from my visits a decade ago. It is one of those courses that has evolved out of the love of the family involved (the Dolans) and while the conditioning is better than before it both retains and embraces those wild elements which also make it fun.

* Boom, Blast and Ruin is a track by Biffy Clyro, from their 2009 Only Revolutions album.