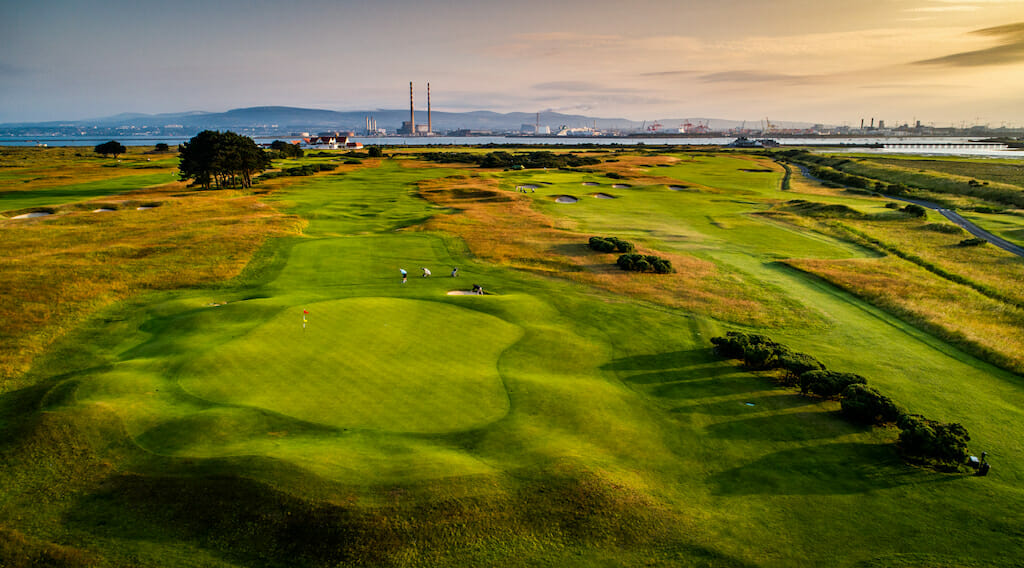 15th Green Looking back down the Fairway - Royal Dublin - @momentumgolfphotography

Shane Franklin fired a brilliant five-under par round of 67 to fend off a high-quality field and claim the prestigious 2021 Moran Cup at Royal Dublin.

The Portumna professional, who’s only competed twice on the region this year, showed no signs of rust to etch his name on the Cup with Concept Golf’s Mark O’Mahony taking second place after he also broke 70 with a superb three-under 69.

On a perfect autumn day, Royal Dublin was said to be in pristine nick with Galway’s Liam Power and Royal Dublin’s own John Dwyer taking advantage of conditions to post two-under 70’s to tie third.

The ever-present Tim Rice from Limerick came through to share fifth at one-under par alongside Golf4Kids’ Ciaran Molloy at minus-one with St. Margaret’s Shane Jenkinson, Glasson’s Colm Moriarty, The K Club’s Liam Grehan and Mount Juliet’s Brian Doheny all getting it around the famous Dublin links in even par to share seventh place.

About the Moran Cup

A century after his death, the Southern Branch of the PGA in Ireland marked the life of Michael ‘Dyke’ Moran in fitting style by hosting a pro-am at Royal Dublin.

Moran was an Irish golfing pioneer, a trailblazer, considered by many to be the country’s first touring professional and the dominant player of his era.  He died alongside thousands more fighting in the Battle of Lys in the spring of 1918.

Moran was born in a cottage at ‘Curley’s Yard’ on Bull Island, three years before Dublin Golf Club settled on Dollymount. From humble circumstances, he would go on to win the IPGA Championship an unprecedented and unmatched five times in a row.

Moran’s name is on the trophy that has been played in his honour by the Southern Branch of the PGA in Ireland since 1920. Past winners include Christy O’Connor Snr, Harry Bradshaw and Bobby Browne.