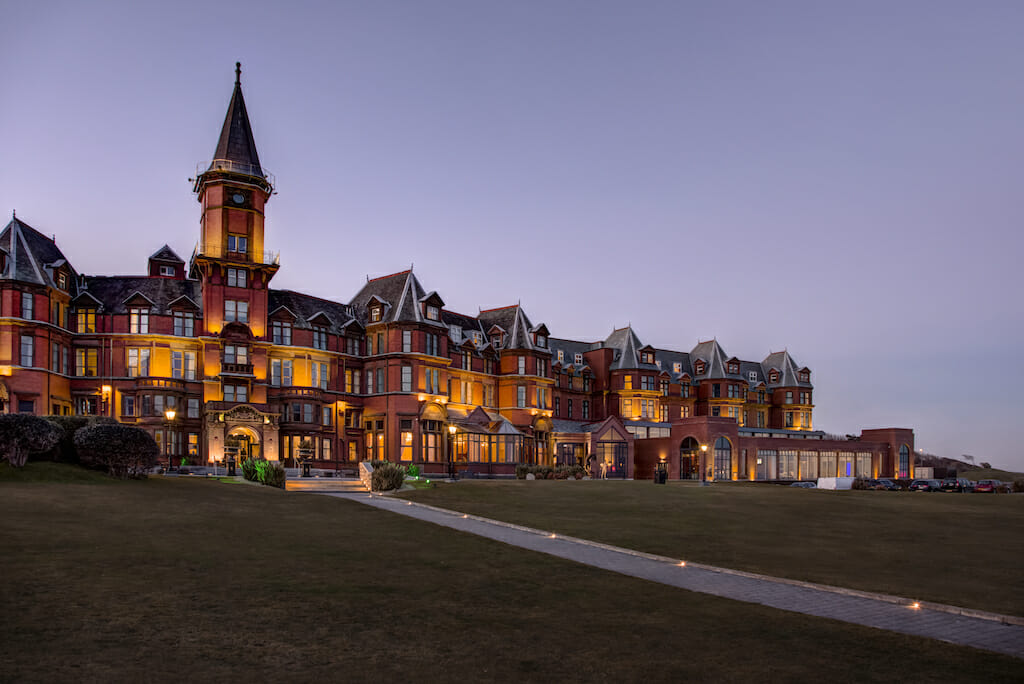 The luxurious Slieve Donard Resort and Spa that sits next door to Royal County Down GC has been sold by its owner Hastings Hotels.

On the same day that The Belfry in England was sold in a reported £140 million deal, the Slieve Donard has been snapped up by Nashville-based US company Adventurous Journeys (AJ) Capital Partners, who operate over 40 hotels across America and the UK. Building on their golf portfolio with hotels based at North Berwick, St Andrews and Troon already, the company now boasts a site next to RCD, regularly voted and rated amongst the very best golf courses in the world.

“AJ Capital Partners’ acquisition of the Slieve Donard Resort and Spa is encouraging news for hospitality and tourism in Northern Ireland and, in particular, for the burgeoning golf tourism industry here – which has been an important driver of local tourism in recent years and shows significant growth potential in the future,” Hastings Hotels managing director Howard Hastings told GolfBusinessUK.

“This investment is a strong sign of confidence in the local market by a major international hotel operator with exciting ambitions for the Slieve Donard Resort and Spa in the coming years. I have every confidence that AJ Capital Partners will be sympathetic to the heritage of the hotel and that, under their leadership, it will continue to flourish and maintain its reputation as an iconic destination in Northern Ireland.”

In further comforting words to those associated with the Slieve Donard and RCD, AJ Capital Partners CEO Ben Weprin accepts the responsibility that comes with taking on such an iconic site but he intends to embrace it.

“It’s a tremendous responsibility and honour to be the next steward of this timeless asset. The Hastings family has held that distinction for nearly 50 years,” he said. “We plan to carry and uphold the tradition and spirit of this iconic property and connect it with our existing assets to create a collection unparalleled in the golf world.”

The deal comes hot on the heels of The Belfry being bought up by Wall Street investment bank giants Goldman Sachs. Previously owned by private equity firm KSL Capital Partners for the best part of a decade, the reported £140million deal would be £40 million less than KSL coughed up in 2012.