Power surges out the blocks with 66 at Shriners 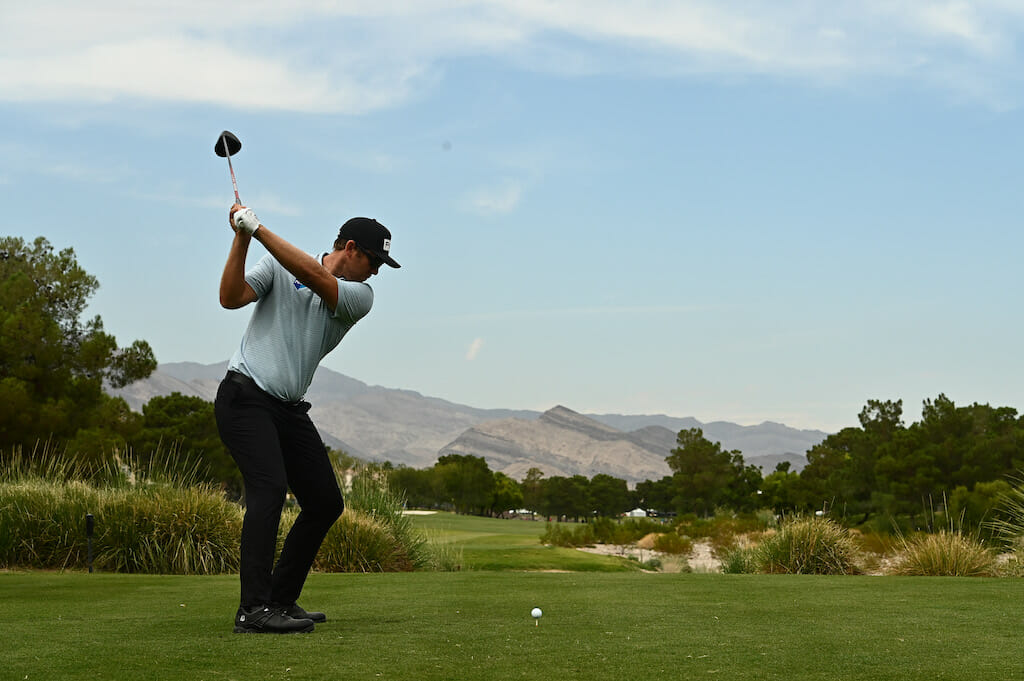 Seamus Power kicked his new PGA Tour season into gear with a magnificent seven birdies in his five-under par 66 on day one at the Shriner’s Children’s Open.

Playing this week in the bright lights of Las Vegas where the West Waterford man has made his home in recent weeks, Power looked at ease in his Sin City surroundings where he sits in a share of 17th ahead of round two, five strokes back of Sung Kang.

Following a missed cut at his opening event at the Sanderson Farms, Power looks to have shaken off the cobwebs. He started from the 10th hole, making a routine birdie at the par-5 13th to get things going before a 17-footer for par kept the momentum alive. He stitched his approach to the short par-4 15th for another tap-in birdie before moving to three-under on the round when holing a seven footer for birdie at the 16th.

The 34-year old dropped his first shot of the day at the par-3 17th where he bailed out right and failed to get up and down before making the turn in two-under and arrowing two approaches stiff at 1 and 2 to make the perfect birdie-birdie start to his inward half. Again his iron play was deadly at the fourth, a four-footer dispatched to move to five-under on the round and flying before a three-putt at the par-3 fifth halted the excitement.

Good chances would go a-begging at his next three holes but Power looked determined to find a closing birdie and sure enough it would arrive, his trusty wedge-play from 100 yards leaving him a tap-in at the last to complete a hugely encouraging five-under 66.

Meanwhile, Graeme McDowell had spoken of a new, revitalised approach to the last year of his current PGA Tour exemption but it looked like the typically effortful, grinding workday for McDowell of late who birdied the last to score a one-under par round of 70 that leaves him just inside the top-100 and fighting to make the weekend cut.

South Korean Kang rolled the dice and came up with 61 in Vegas, one stroke shy of his career-low round on the PGA Tour. Having struggled with his driving recently, Kang went back to the drawing board and after finding a half dozen issues with his swing, seems to have ironed out any creases.

“I don’t normally look at my swing with a video too much, I don’t like to do it, but we started looking at it probably a couple weeks ago, so started fixing one thing probably every week,” Kang said.

“We had some issues like probably five six issues and we’re trying to take one out of play like every week. So we fix a couple things last week and then it’s still sometimes not there, so we try to fix something else and it helped out.

“I was extending too much on the back swing, so I try to get my belly just more flexed and then down pointing more onto the ground and that just helped me hit it a little further and straighter.”

Kang heads a three-way tie for second by two shots with compatriot Sungjae Im and Americans Charley Hoffman and Chad Ramey all in the clubhouse at eight-under while Matthew Wolff enjoyed a good day; his seven-under 64 leaving him in a five-way tie for fifth ahead of round two.