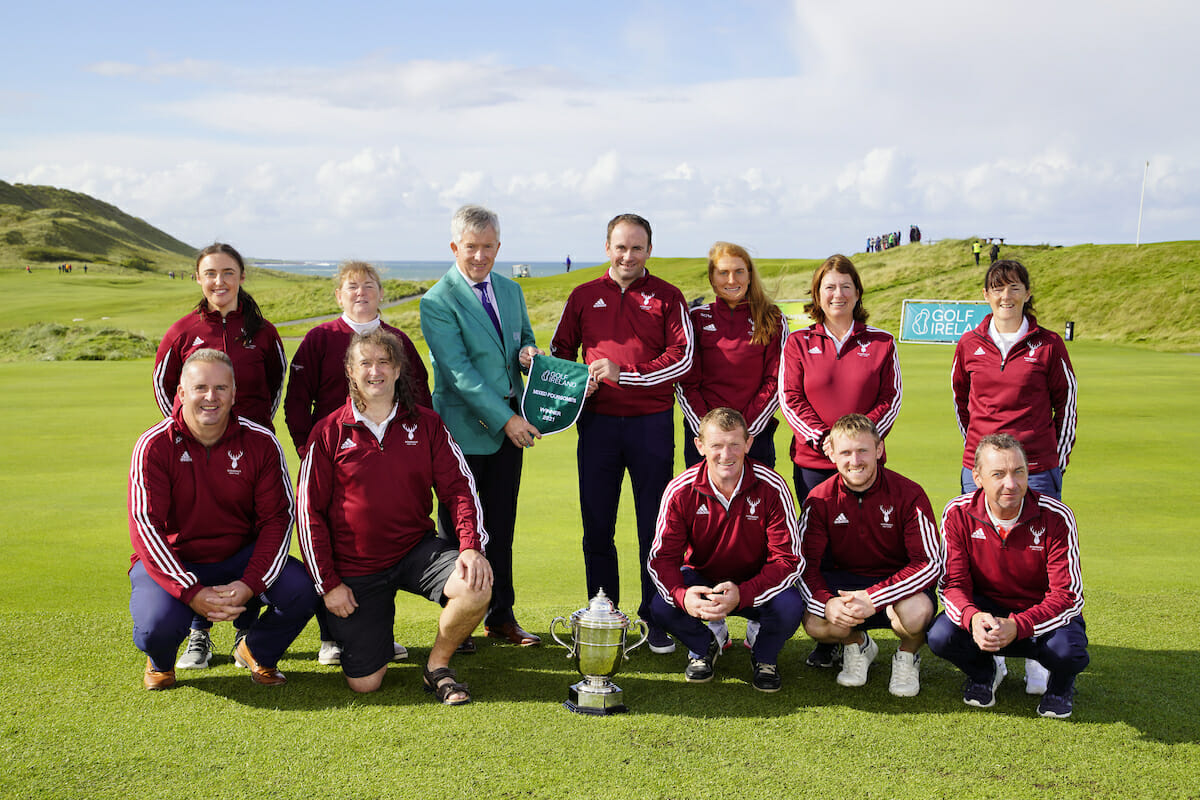 Doneraile team winners of the Irish Mixed Foursomes being presented with their pennant from John White President Golf Ireland at the all Ireland at the All Ireland Cups and Shields Finals, Strandhill golf club, Sligo, Sligo, Ireland. 02/10/2021 (Image: Golffile.ie)

Doneraile and Enniscrone were crowned All-Ireland Champions on the penultimate day of the 2021 club season, at Strandhill GC.

For Doneraile it was the All-Ireland Mixed Foursomes which they won in dramatic circumstances following a 3.5-1.5 win over Rockmount.

Leading 2-1, with two games left on the course, James O’Mahony and Aoibheann Daly beat Colin McClenaghan and Rosemary McCrea on the 19th green to send the large travelling crowd from the Cork club into wild celebrations.

“It’s unbelievable. It’s been a fantastic journey”, O’Mahony said on the green after the win. We’d have a brilliant team, supporters and management. People drove four hours this morning to support us. We’re delighted.”

“I’m still in shock,” Daly added. “We’re a small club, but we had a massive support. We couldn’t ask to be part of a better club.”

Enniscrone defeated Elmgreen 3-2 to win the Men’s Four Balls, with Eugene O’Doherty and 82-year-old Ray Basquill winning the deciding point on the final green to give the Sligo club their first All-Ireland title in almost 20 years. 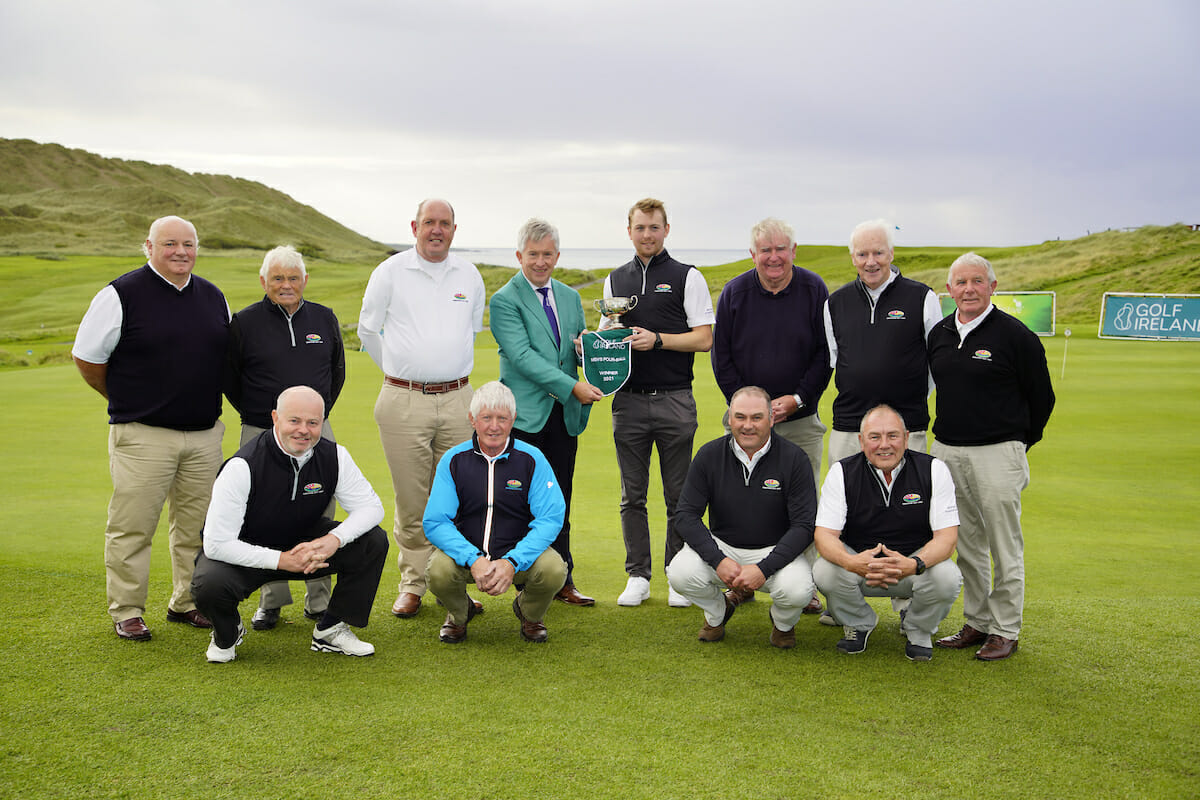 John White President of Golf Ireland presenting Enniscrone team with their pennant for winning the All Ireland Mens Fourball Final at the All Ireland Cups and Shields Finals (Image: Golffile.ie)

Speaking after the win, Basquill said it was the highlight of his golfing career so far.

“I’m thrilled. It’s the biggest win of my career. I’ve won Captain’s prizes and things like that, but this beats the lot.

“We had the advantage of playing on a links course today. I had a great partner in Eugene O’Doherty, and we carried each other along.

“The club hasn’t won an All-Ireland since 2004, so this will be a great boost to the club.”

In the Revive Active Women’s Four Balls Semi-Finals, Ballycastle will meet Ballybunion in Sunday’s Final after they defeated The K Club on Saturday afternoon, while Ballybunion overcame West Waterford 3.5-1.5.

Two matches in Ballycastle’s win over The K Club went to extra holes, with Joan Kennedy and Briege Loughrey beating Carol Barry and Beryl Bowden on the 21st hole to earn the crucial point.