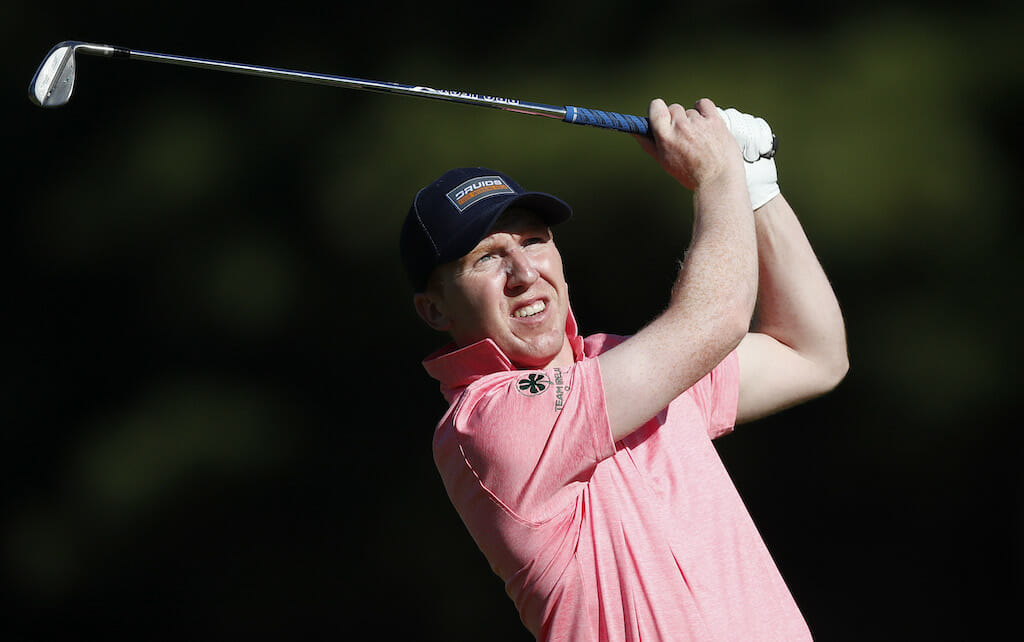 Gavin Moynihan is the leading Irishman after the opening round of the Challenge Tour’s Swiss Challenge but already trails runaway leader Marcel Schneider by seven shots.

The Island golfer emerged relatively unscathed from a rollercoaster front nine to card a four-under 68 to sit just outside the top-20 after the opening round at Golf Saint Apollinaire which, despite being the host of this tournament, is actually located in France near the Swiss border.

Starting at the 10th, Moynihan never got a real rhythm going as it took him eight holes to record a par, mixing four birdies with three bogeys before that to reach the ninth in one-under.

It was after the turn that the 27-year-old, who is 158th in the Race to Mallorca standings and needs a big finish to the year to retain his card, found some consistency, starting with two birdies and then finishing off his afternoon’s work with a bogey at the ninth for a 68.

That, however, trails Schneider by seven, the German continuing his fine momentum from last week’s Open de Portugal victory by signing for an 11-under 61 in France.

The 31-year-old had two eagles alongside seven birdies in a sensational display that set the course record at Golf Saint Apollinaire and has him three clear of Frederic Lacroix and Enrico di Nitto.

“It was an unbelievable round, everything came together. I had a few lucky bounces here and there but obviously I played really, really good as well,” said Schneider, who is 10th in the Race to Mallorca.

“I was quite often really close to the hole, my putting was good, and I also dropped two or three long ones and pitched twice in the hole.

“The game was really strong and really hot, and I was never really in trouble, I think twice I missed the green and managed to make up and down once, pitched in for two eagles so it was one of these days, I’m quite happy.”

Meanwhile, Stuart Grehan also started his tournament solidly as a birdie at his final hole saw him card a two-under 70 to leave him in a share of 43rd.

The 28-year-old, who has played most of his tournaments on the EuroPro Tour this season, had made the turn in level-par after a bogey at the 18th cancelled out two birdies and a further bogey. However, a strong back nine saw a birdie on the second and the par-five ninth took him up the leaderboard and into a good position to make the weekend in Michelbach-Le-Haut.