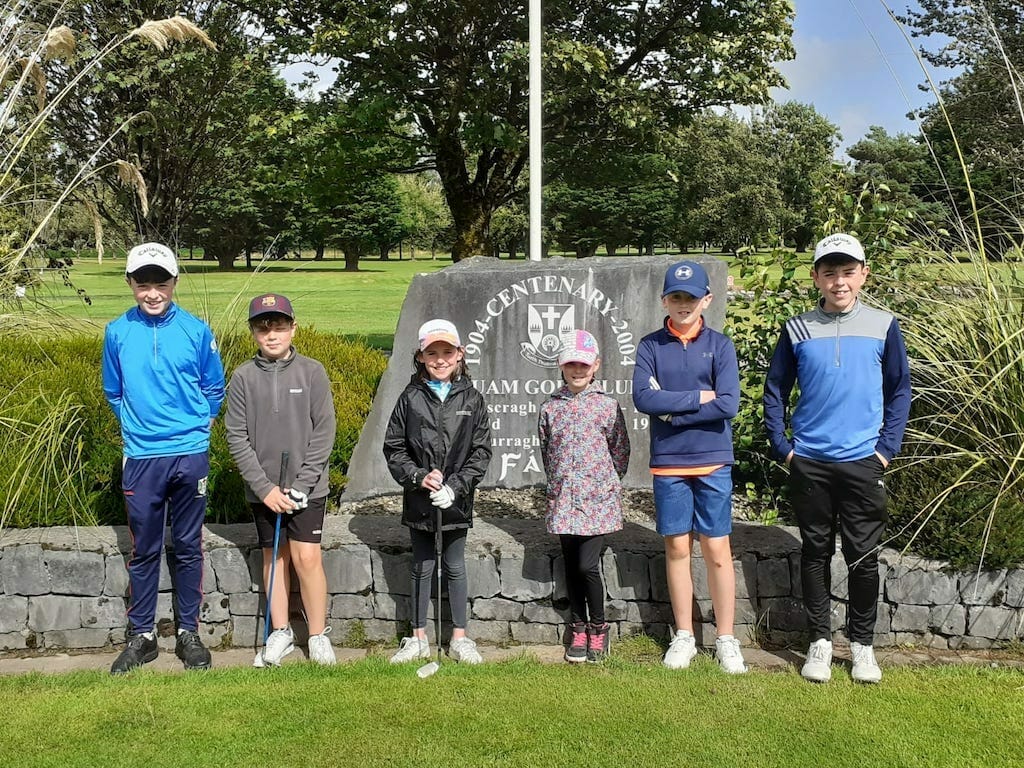 Playing in the GolfSixes has encouraged more juniors to come out and take up the sport, according to Rae Gilmore, Junior Convener at All-Ireland finalists Tuam.

The Connacht club are one of six clubs to be heading to next month’s national finals at Portmarnock, where they will be joined by Co Louth, Millicent, Kilkenny, Doneraile, Lurgan and Portstewart on October 24.

The junior competition is only open to children up to 13-years-old with a handicap over 28.0 for boys or 36.0 for girls, with teams consisting of six players, which have to contain at least two boys and two girls.

Although the stroke play scramble format is familiar, with teams splitting their six players into three pairs and the best two scores of three counting to the final total, the course is much different than usual, with teams playing just six holes which are no longer than 150 metres long.

The aim is to encourage more juniors to take up the sport, and Gilmore says so far that has been the case in Tuam, with the club delighted at how their uptake has steadily increased.

“We started a programme last year with our juniors, and we got the players on course, instead of practicing. We started the programme with 11 players, and ended it with 61. It was brilliant,” he said.

“There are quite a number of girls in the programme too. We always mix up the groups and make sure everyone has fun. Plenty of players in the programme weren’t even club members, but they have all started to join.

“Getting to the GolfSixes Final has brought a great vibe to the club. We’re getting club uniforms ready for them with the Tuam crest ahead of the event. Everyone is excited!”

Justin O’Byrne, the development and club support officer with Golf Ireland, added: “We are delighted that in the first year of Golf Ireland, we have seen such an uptake in the GolfSixes programme. To have over 300 players and 50 clubs compete in the National competition has been tremendous.

“GolfSixes has been so popular at clubs, we have seen Junior Convenors continue the programme, such has been the success of it. We want to thank The R&A and the Golf Foundation for all their help and guidance in making the programme such a success. Their support has been invaluable.”

GolfSixes has been running for multiple years now, with the R&A endorsing it as a competition that is beneficial for young golfers looking to get started in the game, and coming out of the Covid-19 pandemic it has been massively encouraging to see the numbers getting involved.

“It’s really encouraging that there has been an increase in the number of golfers taking part in the second year of the programme and also fantastic to see so many junior golfers involved too,” said Kevin Barker, the R&A’s director of golf development.

“We hope that these boys and girls are inspired by the fun and friendly GolfSixes format and continue to enjoy playing golf with family and friends in the years to come.”