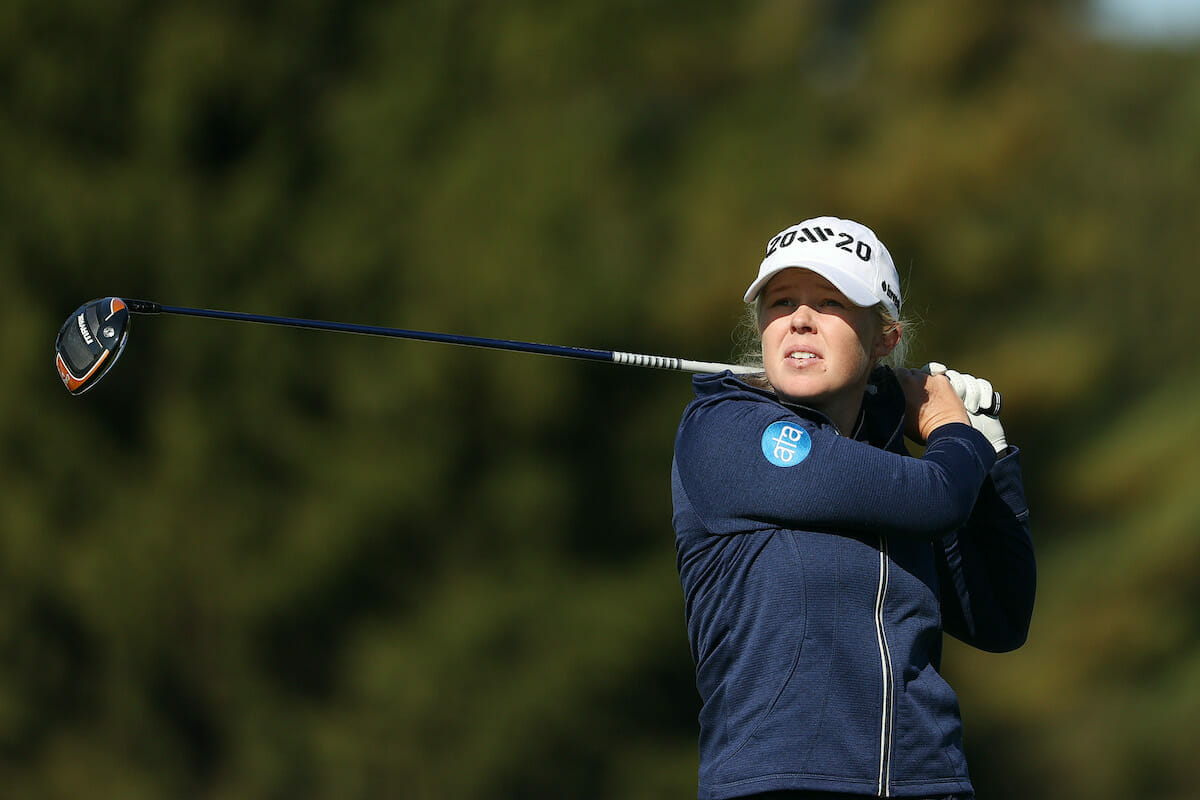 Stephanie Meadow was unable to make any weekend progress, finishing in a tie for 82nd as Nasa Hataoka earned her second title of the season at the Walmart NW Arkansas Championship presented by P&G on Sunday.

The Jordanstown professional signed off with 16 pars and two bogeys in a two-over 73 for a plus-one tally over the 54-hole event, banking $3,876. Despite hitting 12 of 13 fairways and 15 of 18 greens in regulation, again it was the flat-stick that misbehaved for Meadow who needed 35 putts in the final round. She averaged 33 putts in each round for the week, at least pointing to where obvious improvement is needed should she want to make a late run on the Race to CME Globe.

Meanwhile, off in the morning with 36-hole co-leader Minjee Lee and Eun-Hee Ji, Hataoka fired a final round 67 and hung on for her fifth-career LPGA Tour victory and second win in Arkansas after becoming a Rolex First-Time Winner in 2018 at Pinnacle Country Club.

“My first win being here and of course the two holes-in-one, it kind of feels like it’s my power spot,” said Hataoka, who also set the tournament scoring record back in 2018.

Hataoka carded birdies on her first two holes, and notched three more at Nos. 4, 7 and 11. When she took her approach over the green on 13, Hataoka saved bogey after putting a 50-foot par putt close to the pin. Holding strong with pars until the end, the 22-year-old passed Hiromi Kobayashi for third-most victories by a Japanese player, trailing Ayako Okamoto (17) and Ai Miyazato (9).

“It was pretty tight, very stressful because the other players were so close to me. It was pretty stressful for me, yeah,” said Hataoka. “The grass type, it matches what I was doing when I was young, and so I’m able to kind of know how it reacts, so that kind of helps me. And so I like this course.”

Lee and Ji tied for second at -15. Lee struggled on the front nine, carding two birdies and two bogeys to make the turn four strokes behind Hataoka. The Australian turned it around quick, notching three more birdies to earn her fifth top-five performance of the season. Ji’s round was highlighted by an eagle on No. 14, which put her back in contention, followed by a memorable birdie on the closing hole.

“Actually, at last hole [my ball was] in the [greenside] bunker. It was in a really bad spot for that pin. I was thinking like, ‘Oh, back bunker, oh, I’m in really bad spot. How can I stop the ball from there?’ I’m like, maybe I can hit it harder from out of there because there is no way out of bunker. I never tried before,” said Ji, whose tie for second becomes her season-best result.

Major champions Yuka Saso and Danielle Kang both recorded 6-under 65s to finish in a tie for fourth at -14. Saso, who made her first career appearance in Arkansas after a month-long break, ended her weekend on a high note with eagles on Nos. 7 and 18.

University of Arkansas alumna Stacy Lewis and Rolex Rankings No. 2 Jin Young Ko ended in a tie for sixth at -12. Eight players tied for eighth at -11, including 2017 Walmart NW Arkansas champion So Yeon Ryu, who notched a final-round 62 for the round of the week.

“I had 10 birdies today. You know, was really kind of feeling bad to make that the second hole, because that was three-putt. But it was really, really great to have a super low round. Haven’t done it for a while. And then it’s definitely help me out to gain some confidence,” said Ryu, who originally set the tournament 18-hole scoring record back when she won in 2017. “Today, definitely my second shot was much better, which means I feel like I’m in the right progress. I really want to take this opportunity as gaining my confidence level and then just keep going to enjoy the golf.” – LPGA Communications