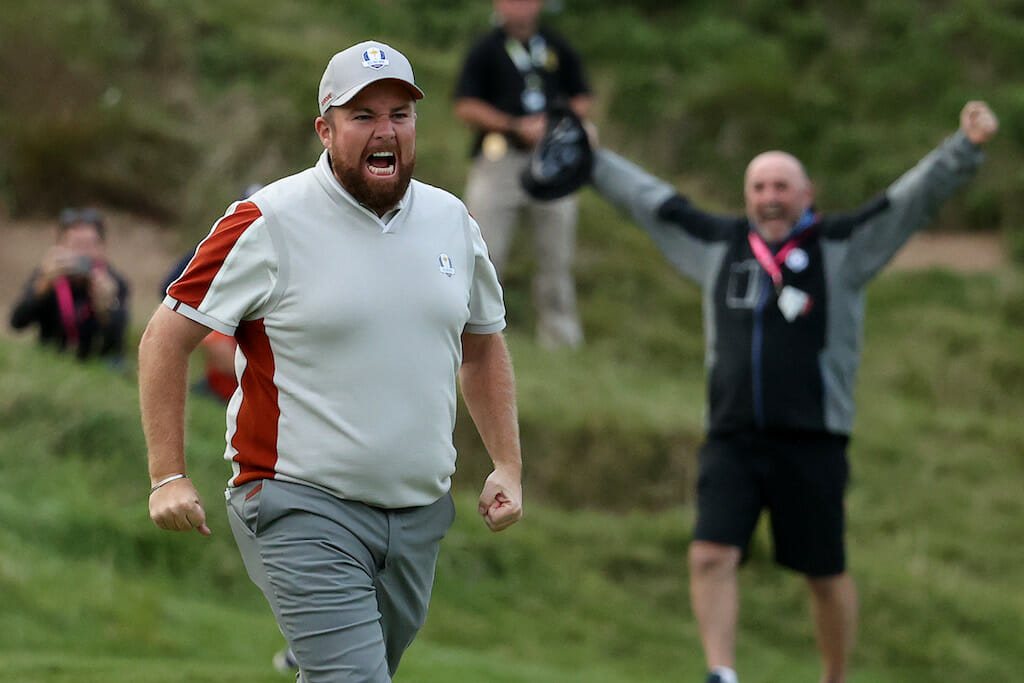 Shane Lowry insists he “won’t stop believing” in Europe’s quest to overturn an 11-5 deficit to the USA and win the Ryder Cup.

The inspired Clara man clinched a crucial point alongside Tyrrell Hatton in the afternoon fourballs on Saturday as Europe drew the fourth session to trail by six going into the final day.

Lowry was remarkable in his play, refusing to quit as Hatton struggled and after holing an 11-foot par putt on the final green to edge past Harris English and Tony Finau, he’s refusing to believe this contest is over despite the uphill battle at hand.

“I’ve always wanted to play in a Ryder Cup and obviously we’re a few points behind but I’m not stopping believing anyway,” he told Sky Sports. “I don’t care. I’m having the week of my life here, honestly, I really am. It’s just been incredible. It’s an incredible experience.

“I really hope we can go out and give them loads tomorrow and just put up a good performance and you just never know. This morning I was thinking of Medinah, of a lot of things, and I just think there’s such a good bond in our team. We didn’t get the breaks yesterday, we got hosed and it’s disappointing, but out there today we were fighting as hard as we can.

“Everyone is out there trying their hardest and that’s all we can do and I’m so happy I could bring a point to my team. You just never know. Twelve players going against 12 of their players, you just don’t know. If you can get off to a good start and get some blue on the board, and if we can win three or four of the games early on, you just never know. Golf is a funny game.

“This golf course, personally I hope the wind stays open, I hope it’s quite windy and go out and hopefully batten down the hatches and play some good golf. If you’ve got a chance, you just never know.”

If you wanted to get an understanding of the confidence flowing through Lowry’s veins on Saturday, you only have to listen to him describe what it was like to be faced with his match-winning putt.

Hatton added: “Shane played amazing today. Got us going. Kept us in it for large periods of the match. Personally I played a little bit better on the back nine and had a few important holes.

“But yeah, it was such a massive putt for him to hole. I guess I had my moment yesterday and I’m absolutely delighted for Shane today to hole that putt, such an important point.”