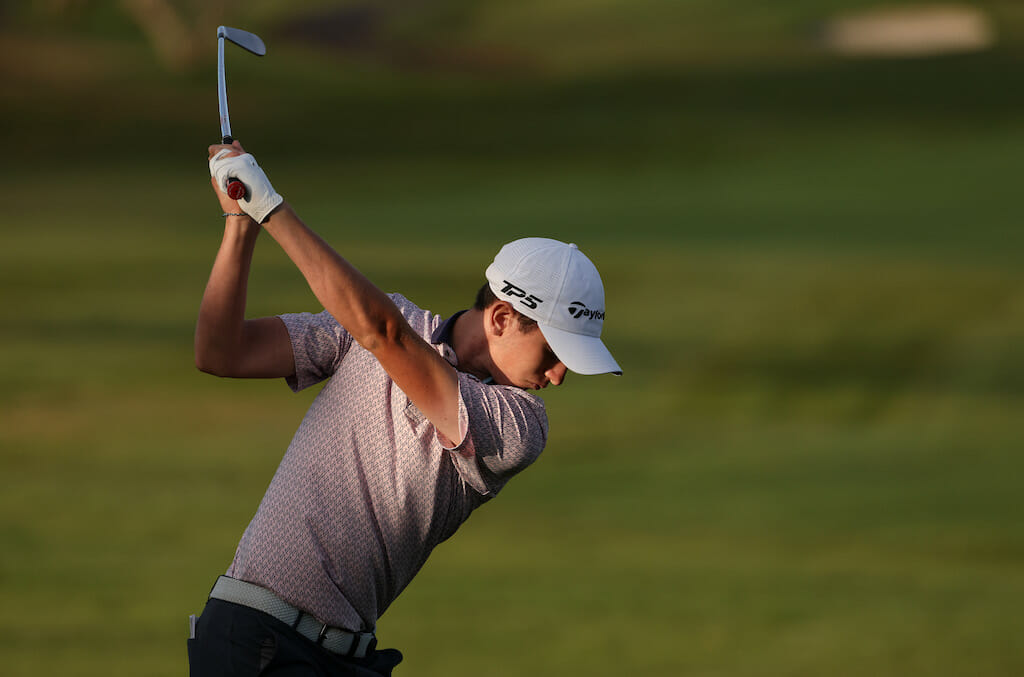 Tom McKibbin has qualified for the Second Stage of Q-School for the Korn Ferry Tour despite a poor final day at the First Stage qualifier in Maricopa, Texas.

The 18-year-old had given himself a comfortable buffer going into the final round, tied for the lead at 18-under-par after three superb days, meaning a five-over 77 at Ak-Chin Southern Dunes on Friday didn’t cost him.

At 13-under for the week, McKibbin progressed in tied-seventh, with the top-20 and ties going through to next month’s Second Stage from which only a select group will make it into November’s Final Qualifying in Savannah, Georgia in November.

However, he will not be joined in the next round by fellow Irishmen David Carey and Gary Hurley, who both failed to progress from their qualifier in Winter Garden, Florida.

Both players would have needed incredible final rounds at the Panther Lake course at Orange County National to make the eight-under cut mark, but neither had their best form in the fourth round, with Carey finishing two-over and Hurley three-over.

Former amateur star McKibbin will be thrilled by his week’s work – final round aside – as he was comfortably one of the best players in the entire field in Arizona in carding rounds of 62-69-67-77, taking him one step closer to earning his Tour card for next season.

His fourth day’s work was the anomaly of his tournament, underscored by an ugly triple-bogey and another four dropped shots, but, having already done the heavy lifting by that stage, there was little pressure on his final round and he was able to cruise through.

McKibbin can now play at one of five Second Stage qualifying events, which will be held in mid-October, from which only a small group from each will progress to the Final Stage, to be held from November 4-7.