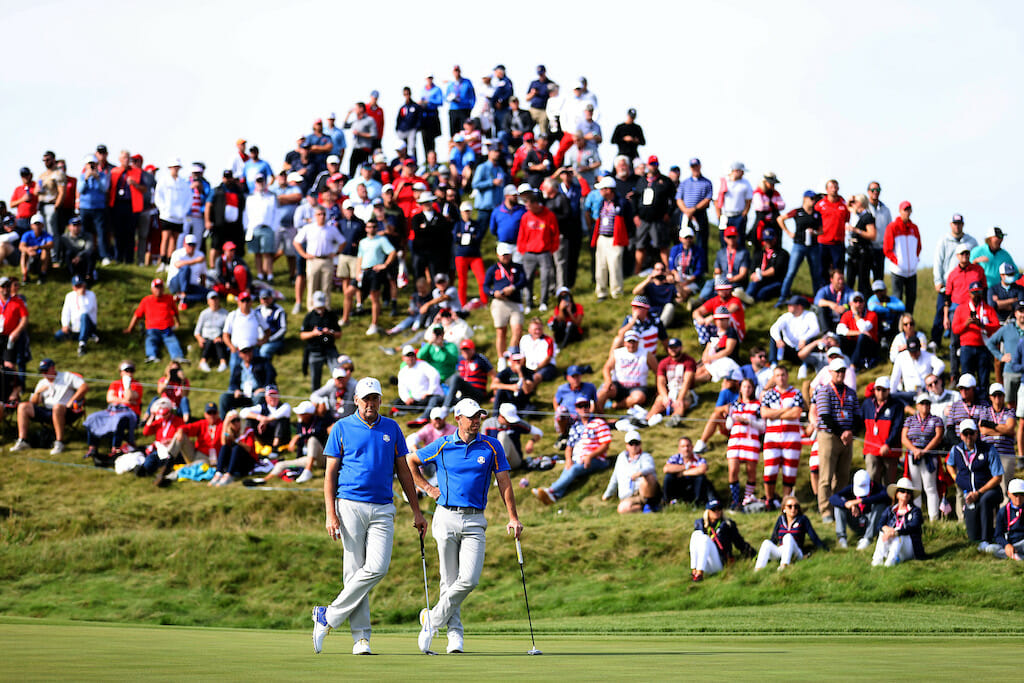 Steve Stricker’s USA will take a 3-1 lead into the afternoon fourballs after dominating the morning session on the opening day of the Ryder Cup at Whistling Straits.

Inspired by the home crowd in Wisconsin, the Americans outplayed Europe in three of four matches with Padraig Harrington’s lead group, Jon Rahm and Sergio Garcia at least ensuring Europe would go into the fourballs with plenty of hope after brushing aside Jordan Spieth and Justin Thomas 3&1.

The Spanish duo put the first point on the board after combining to great effect ala compatriots Seve and Olazabal in an opening display sure to inspire confidence in Harrington’s team-room.

However, Europe’s lead was short-lived with Dustin Johnson and Collin Morikawa easing past an out of sorts Paul Casey and Norwegian rookie Viktor Hovland 3&2 in the second match of the morning.

The all-English duo of Matt Fitzpatrick and Lee Westwood were up against it for much of their contest with Brooks Koepka and Daniel Berger before the U.S. pair eventually won out 2&1 on 17.

Without a doubt the most surprising match from the morning session saw Rory McIlroy and Ian Poulter, sent out in the anchor game with experience on their side, taken out easily by U.S. rookies Patrick Cantlay and Xander Schauffele.

With hopes high for a European point, McIlroy’s failure to hit the green from 25 yards at the opening hole set the tone for a bizarre first session for the pair, falling to five down after five before eventually being dispatched 5&3.

“I don’t know if anyone could have beat Xander and Patrick today,” said McIlroy. “They played really good, four birdies in a row. Geez, yeah, they played great. They were a great pairing today, and all you can do is praise them for the way they played.”

Feeling despondent? In a hopeful statistic for European fans, the U.S. hasn’t lost an opening session since 2006.