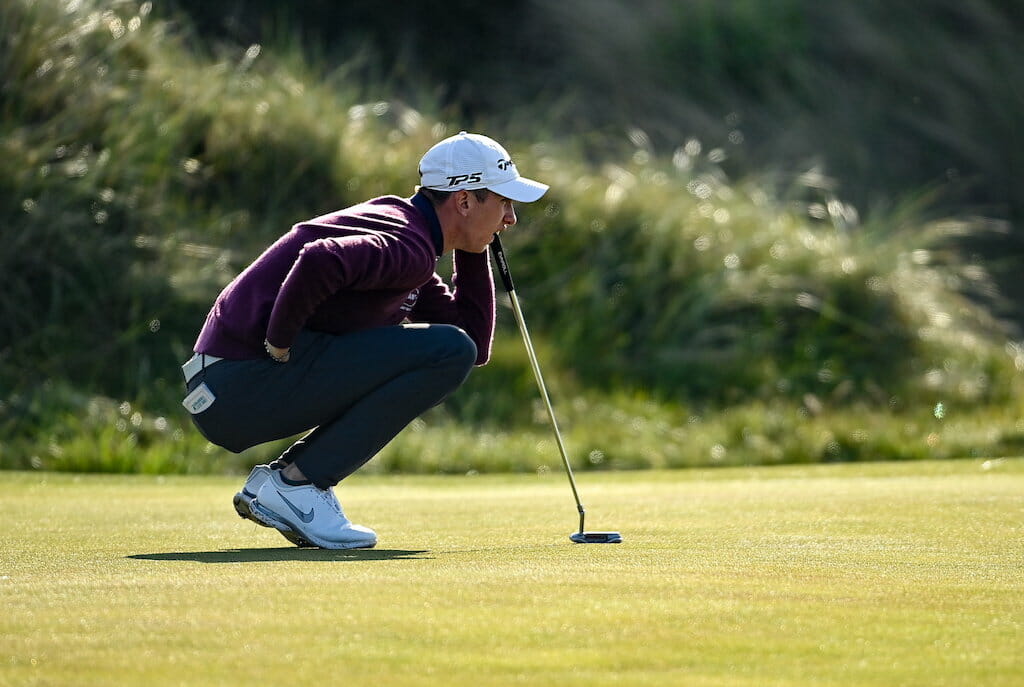 Tom McKibbin has a ten-shot buffer heading into the final day of the First Stage of Korn Ferry Tour Q-School, with the teenager tied for top spot in Maricopa, Arizona.

Barring a dreadful final round at Ak-Chin Southern Dunes Golf Club, McKibbin looks all but assured of his progression into next month’s Second Stage after a five-under 67 on day three took him to 18-under alongside Tee-K Kelly and Bryce Emory. With the top-20 and ties progressing, the cut currently sits at eight-under and McKibbin will be confident he can do enough today to stay inside that mark and keep his hopes of earning a Tour card alive for one more tournament at least.

The 18-year-old put himself in that position with another fine round in Arizona, his third round featuring seven birdies and just a couple of dropped shots, with Emory’s 64 and Kelly’s 65 taking them to the top of the leaderboard alongside him.

It is a different story for Dublin’s David Carey and Waterford’s Gary Hurley, however, who are both in need of their best rounds of the week in Winter Garden, Florida to keep their own hopes alive as they are currently outside the cut mark. Playing at the other First Stage qualifier at the Panther Lake course at Orange County National, the cut there is for the top-21 and ties and currently sits at seven-under – a mark both Carey and Hurley are outside with 18 holes to play.

Carey is the closer of the two, but a costly double-bogey led to a one-under 70 on Thursday that left him two-under overall, while Hurley will need a sensational final day or else he will be heading home after a disappointing 74 that included a triple and a double dropped him back to four-over.

Florida native Michael Visacki leads the qualifier at 15-under after a 64 on day three, with fellow Floridian Jimmy Jones and Sweden’s Pontus Nyholm one shot further back. For those who qualify, the Second Stage of qualifying will be held across five different venues next month, with the Final Stage in Savannah, Georgia in November where Tour cards will be handed out for the best finishers.