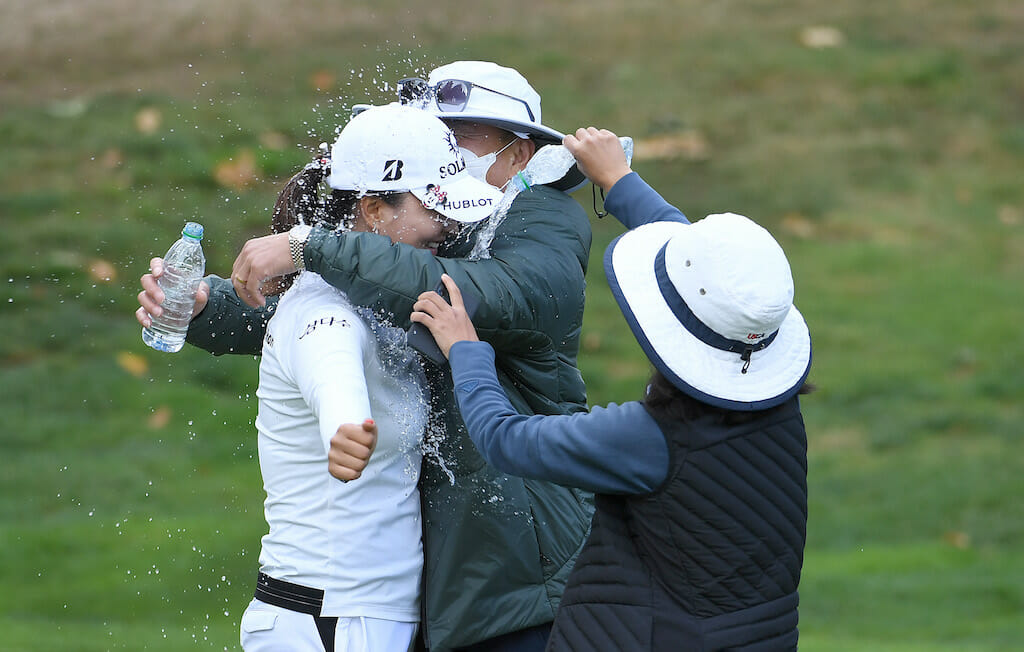 Olivia Mehaffey signed off with a three-over par round of 75 as number two ranked Jin Young Ko absolutely dominated the field at the Cambia Portland Classic to claim a four stroke win.

Mehaffey banked three solid rounds in top tier company after play was abandoned on Saturday due to heavy rain, reducing the tournament to 54-holes. In the end she would tie 43rd at four-over par, taking home a cheque worth $5,880 as she tunes up for Stage Two of LPGA Q-School set for October 18 in Florida.

Mehaffey will leave with no shortage of inspiration following Ko’s march to victory where she carded a bogey-free 69 on Sunday and earned her ninth LPGA Tour victory over Jeongeun Lee and Su Oh.

“I really wanted to play yesterday, but we couldn’t play. I tried to make a bogey-free round today, and I made it,” said Ko, whose last competition was the Tokyo Olympics in early August. “I had a lot of missed shots and I had a lot of missed chipping or something, so I had to make great par saves, but I made it.”

Ko never blinked on Sunday, starting the day with a one-stroke advantage over Gemma Dryburgh. She made her first birdie at No. 7, with her lead growing to three strokes after Dryburgh made bogeys at 3 and 6, and the lead grew to five with another birdie at No. 10.

Oh and Lee kept Ko in their sights, with Lee making eagle at No. 18 to pull within three at -7. But Ko, ever the confident putter, drained a 23-foot putt from the back of the green at 18 to punctuate the win.

“I was thinking, I just make two putt. Easy. But the ball goes in, so, who knows,” she said with a laugh.

Oh and Lee both earned the best finishes of their LPGA Tour careers with their tie for second. Oh had previously finished second three times, while Lee’s previous best finish was a tie for third.

“I played with kind of a slow start and hung in there and just I holed a really good par putt on 6 and then I kind of got the round going a little bit and then stiffed one on 7,” said Oh. “I hit it pretty good today after that. A few more putts drop then I would have been closer, but still pretty happy with how I played this whole week.”

The Cambia Portland Classic was shortened to 54 holes due to course conditions at Oregon Golf Club, which received just over 2 inches of rain since Friday night. Play was fully rained out on Saturday, with the third round beginning Sunday at 7:30 a.m. Pacific.

Ko raved about the hard work from the maintenance staff at Oregon Golf Club, who spent countless hours over the last two days working to make the course playable. “This course was really amazing, perfectly clearing, and fairways and greens are really perfect,” she said. “I can’t wait to play for next year.”

Dryburgh struggled on Sunday, carding a 4-over 76 and finished tied for eighth at -3 overall. European Solheim Cup star Carlota Ciganda, who played with Ko and Dryburgh in the final group, shot a 1-over 73 and tied for fifth at -4.