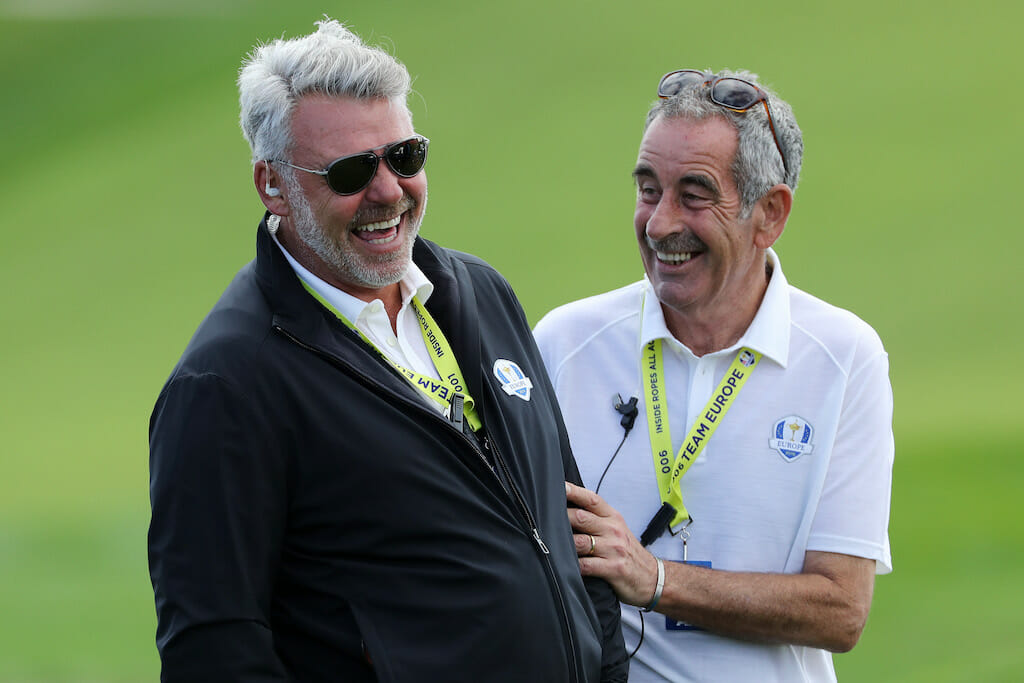 Darren Clarke and Sam Torrance at Hazeltine in 2016 - Getty Images

Darren Clarke admits that there’s nothing like the Ryder Cup; advice Sam Torrance bestowed upon Clarke through an analogy that’s stuck with the Dungannon man ever since his first appearance in the contest.

Clarke was speaking after collecting his third Seniors win at the Sanford International on Sunday where he beat KJ Choi and Steve Flesch in a playoff to claim the title. Clarke won the TimberTech Championship in November for his first PGA TOUR Champions title and took the Mitsubishi Electric Championship in January on his next start but in savouring his latest win, the now 53-year old was ready to tune into this week’s Ryder Cup like the rest of us, admitting that there’s no tournament like it in the world of sport.

“One of the legends of the European Tour, Sam Torrance, who was a Ryder Cup captain himself, before I played in my first one he said to me, ‘Playing in the Ryder Cup is like having your first child; until you do it, you never understand what it’s all about.’

“That was as good an analogy as I’ve ever heard of what it’s like in the Ryder Cup. It’s both intimidating, exhilarating, it’s everything, and at Whistling Straits this year you’ve got two brilliant teams. I think it’s going to be really, really close.”

Clarke was a losing Captain on U.S. soil in 2016 but far from dampening his own view of the famous biennial contest, his love of the Ryder Cup remains constant, insisting he won’t be missing  a single shot of action this week from Whistling Straits.

“It was brilliant,” he said of his own experience as a Captain. |”It’s a huge honour to be a Ryder Cup captain, I had a thoroughly enjoyable time. My American captain, Davis Love, has been a great friend of mine for many, many years, and still is. That particular week the American team played really well and the best team won.

“I think Whistling Straits, I’ve played there a couple times now, I led the PGA there, it’s a wonderful golf course, it’s a tough golf course. It’s going to be a brilliant match play golf course, one of the most exciting ones I think we’ll see in a long time because if your opponent hits it in the rubbish or hits it in trouble, there’s no easy bailout at Whistling Straits. You’ve still got to hit a golf shot. So from a viewing point of view, I think it’s going to be sensational. I’m not going to miss a shot of it.”