Newlands and Killarney win the AIG Junior Cups at Limerick 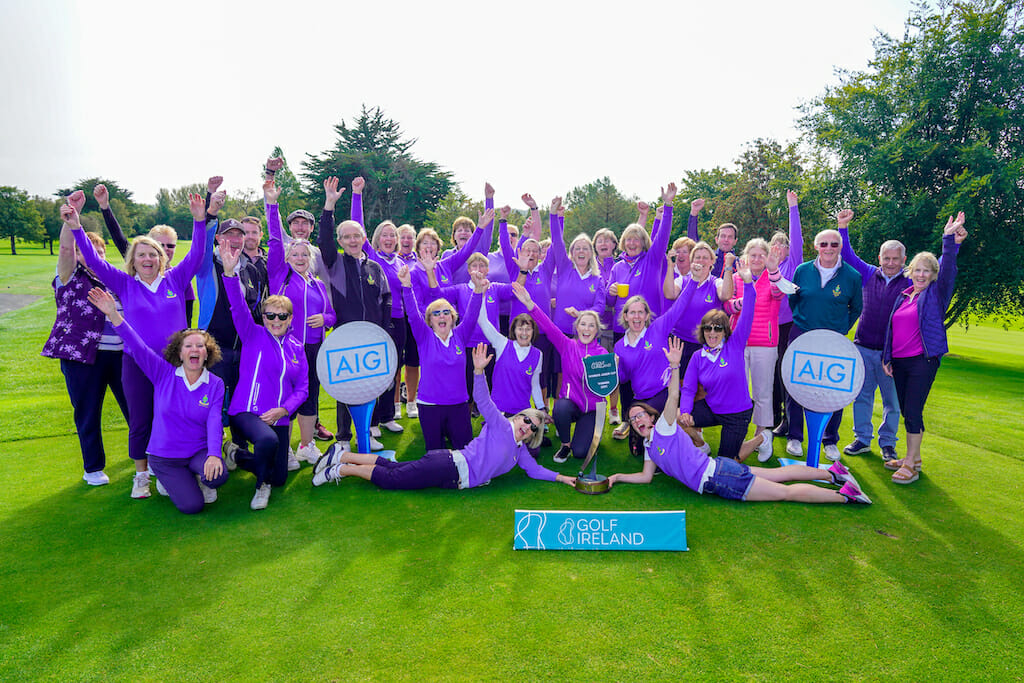 Newlands claimed victory at the AIG Women’s Junior Cup while Killarney clinched the AIG Men’s Junior Cup on the final day of the AIG Cups and Shields All-Ireland series at Limerick Golf Club.

Newlands and Galway Bay were the AIG Women’s Junior Cup finalists having beaten Ardee and Tullamore in Saturday’s semi-finals. Ann Hughes secured the first point for Newlands in the final, winning her match 5&3 against Fiona O’Driscoll of Galway Bay. 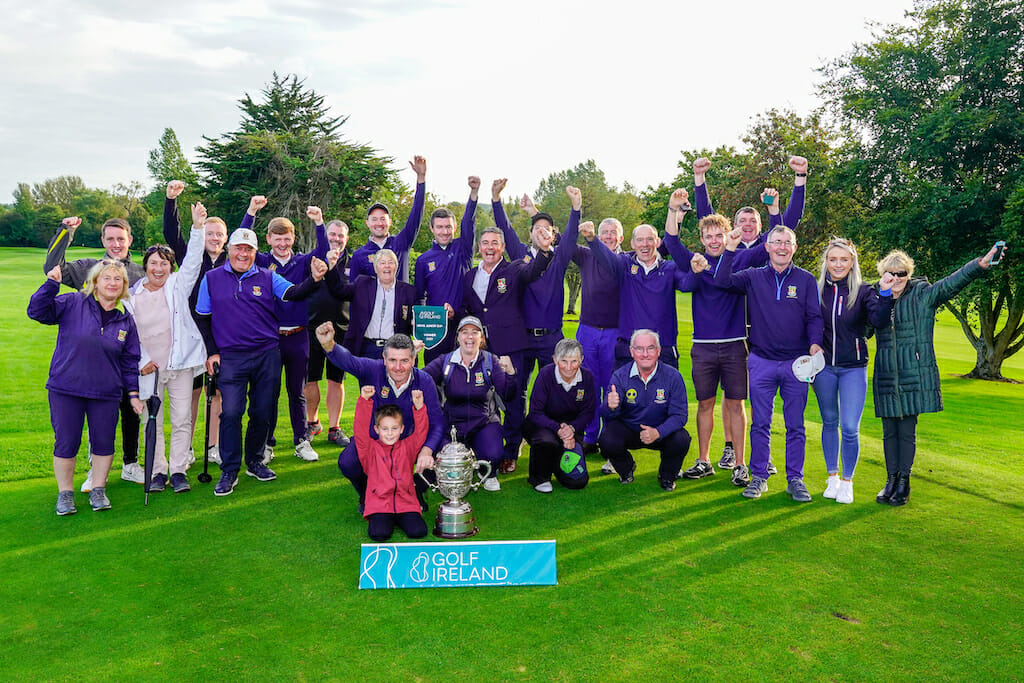 In the top match, Margaret O’Connell, who celebrated her 69th birthday on Saturday, finished off a tight affair against Emma Morrow on the 18th green while, almost simultaneously, Louise Murphy won her match on the 16th to end the tie.

“Absolutely delighted, it’s my second match played all year, my first was yesterday,” said Murphy. “I’m delighted for Leonie and Carmel, who are over representing Newlands in Scotland in the Coronation Foursomes, they got us to here. We were East Leinster Champions two years ago and it’s brilliant for the whole club to finish it off this year.”

Newlands Golf Club is over a century old but this marks only the second occasion that the club has won an All-Ireland pennant. And with clubmates Leonie Colgan and Carmel Hogan competing in The R&A Coronation Foursomes Finals in St. Andrews on Monday, they will be hoping for more club success.

Meanwhile, following their morning wins over Ballinasloe and Rathfarnham, Killarney and Corrstown went to battle in the AIG Men’s Junior Cup final.

Corrstown looked strongest of the two, having overcome their quarter and semi-final opponents comfortably, while Killarney had flirted with tie holes on both occasions. However it was Killarney who went out the fastest and were up in 4 of the 5 matches through 6 holes.

Jason Arthur was first to finish, winning 5&4 against Derek Burke of Corrstown. All other matches were leaning in favour of Killarney so it seemed like only a matter of time before the title would be heading for the Kingdom. Alan MacSweeney secured his point on the 17th green before Dave O’Donoghue sealed the deal with a superb birdie on the same hole moments later.

It’s been 19 years since the club have tasted All-Ireland success on the men’s side and Donal Considine, Team Captain has a personal connection to that win in 2002.

“My father-in-law was Team Captain when we won it last, so that brings us even!” laughed Considine afterwards.

“I’m delighted, we’re thrilled. It’s been a long summer, there has been lots of travelling but they’re a great team so we thought we had a great chance from the start. We looked comfortable from 5 or 6 on, we were up in most games so I was a little more confident than I was in this morning’s or yesterday’s matches for sure.”

The AIG Men’s Junior Cup rounds up a full two weeks of AIG Cups and Shields events in addition to the AIG Men’s and Women’s Senior Cup in August.