Dawson & Murphy safely through to weekend in Provence 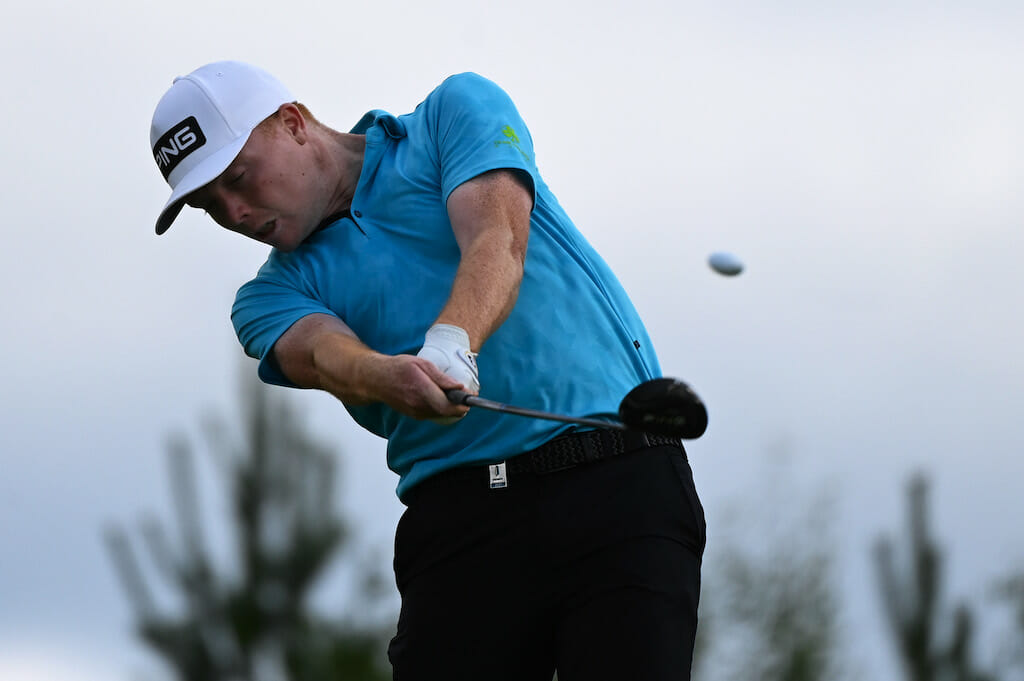 Robin Dawson and John Murphy guaranteed themselves a Sunday payday in France after the pair negotiated the halfway cut at the Hopps Open de Provence.

“Hope you got that one on camera” ?@john_murphy5 with a monster putt to make EAGLE ?#HoppsOpendeProvence pic.twitter.com/87MfpS0sxQ

Paul McBride at even par, Jonathan Yates at one-over and Michael Hoey at three-over were all headed home early.

At the top. Lukas Nemecz posted back-to-back rounds of 65 to take a three-stroke lead into the weekend of the Hopps Open de Provence.

The Austrian had his opening round cut short at five under par after play was suspended due to darkness at Golf International de Pont Royal, returning this morning to add two further birdies to his name and climb the leaderboard to seven under par.

The 32-year-old was flawless yet again when he returned to the course going bogey free to match his opening round of 65 to move to 14 under, three shots clear of German Marcel Schneider.

“I played very well both rounds,” said Nemecz. “Hit some great iron shots to give myself lots of birdie opportunities and I putted well, so obviously it’s a great start here.

“It’s nice to keep the card clean and tidy. To make it two days in a row without a bogey feels pretty good. I managed to save par on 16 but apart from that I have more or less been putting for birdie. It has been very fun out there.

“It made a lovely eagle on the 14th,hit a brilliant drive down the middle and then managed to hit a six iron to four feet and hole it. I started this morning on hole 14 with a three foot putt for birdie and missed it, so it was nice to get that one back. The eagle definitely kept me going during the second round.”

The Austrian felt conditions were tougher on day two due to the high winds, however he was grateful to take advantage of the soft greens..

“I think it was tougher today,” he said. “Especially two to five because they were narrow tee shots into the wind and it was difficult to score well there, however the greens are soft and you can attack the pins, which was a reason I was able to card so many birdies.”

Nemecz, who currently sits 15th on the Road to Mallorca Rankings, comes into this week in impressive form having finished in a tie for second at the Big Green Egg German Challenge powered by VcG, but is looking to go one step further and claim a maiden European Challenge Tour title in Provence.

“My game feels good,” Nemecz added “I obviously finished second last week, I was leading after three rounds but unfortunately didn’t manage to get the job done but I was still delighted with how I played and it’s nice to continue playing well.”

The second round of the Hopps Open de Provence was again suspended due to darkness at 8pm local time and will resume at 7:45am on Saturday September 18.